School Uniform For JHS No Guarantee To Academic Performance 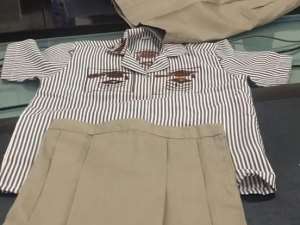 New curriculum reform has been completed and expected to take off next academic year in September, 2019.

The Director General of the Ghana Education Service(GES), Prof. Kwasi Opoku-Amankwa announced the reforms made to the current educational system including replacing the existing Basic school curriculum and the introduction of new uniforms for Junior High School students.

Addressing the press on Thursday 11th April, 2019, the Director-General said the introduction of school uniforms to pupils in the Junior High Schools is a psychological strategy to make the students see themselves as part of the Senior High School education system rather than the JHS.

The GES/Ministry of Education must first be congratulated on the introduction of this new uniform policy, five clear months to its implementation, a sharp contrast to the previous knee jerk policies such as the compulsory national service and the licensure examinations for newly trained teachers which took many aback. At least parents have five months to provide new school uniforms for their wards. But are these not the same parents whom the GES portrayed as too poor to pay Printing fees and subsequently abolished its collection? Senior High Schools are provided with free school uniforms under the Free SHS policy so why can't same be done at the Basic level most especially in an era that SHSs are now being inculcated into the Basic education system?

Changing of school uniforms of Junior High Schools is no guarantee of academic success. This would not be the first time school uniforms are being changed in Ghana but in all the previous instances, nothing new was added to the academic performance of pupils who wore them. If the GES is still bent on changing the school uniforms of JHS students, it should be done for free but even that, what sense would it make to provide uniforms for students to sit under trees and learn under very deplorable conditions?