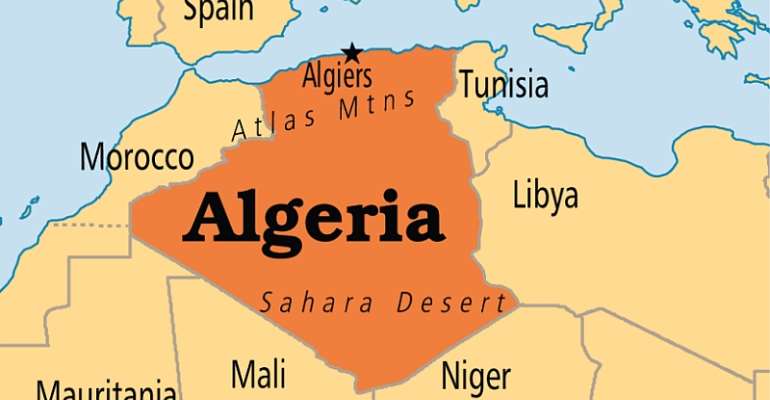 From the Phoenician African Superpower to the Germanic Empire in Africa

Intrepid seafarers, masters of naval warfare, and uncontested giants of trade and commerce in the Mediterranean. The Phoenicians - phoenix is the homeland date-palm tree of Lebanon - offered the Greeks the papyrus, the alphabet, astronomy, literature, and celestial navigation.

They founded the famous port cities of Sidon, Tyre, Tripoli, and Byblos. To maintain their global monopoly over maritime trade while securing their predominance over metalworking, textile industry, and luxury goods, the Phoenician African empire was founded after the fall of Tyre. 9th century B.C.: Utica and mainly Carthage in present day Tunis became the principal Phoenician imperial capital city.

Carthage was the largest naval power in the ancient world. By 500 B.C., Carthage was not only the wealthiest city on earth by its vast reserves of gold and silver but also one of the largest world cities with over 2 millions and half citizens. Indeed, from the 8th to the 3rd century B.C., Carthage rose to the status of an imperial Mediterranean power so much so that it gave concern to Rome. By the 6th century B.C., Carthage's naval superiority stood unchallenged on seas and its navies patrolled the Mediterranean from Sicily to Sardinia all the way to Iberia, and from West Africa to the shores of Eastern Africa. Phoenician mercantilism was projected from Utica and Carthage as far as Zanzibar and Port Sudan.

Tellingly, Carthage's growing naval and commercial power quickly collided with Rome's military survival. For the first time in history, Europe's survival and destiny had to be redefined by the permanent perception of threats arising from African shores. From today's African migration crisis to the spread of terrorism on African territories, it seems appalling that Europe is never at rest until she identifies some obnoxious and nightmarish threats spilling over from African shores.

In point of fact, and strategically sitting astride Europe and continental Africa, Carthage represented a permanent threat to rising European empires. Through what had been known as the Punic wars, it took Rome over nearly a century of bloody wars to defeat the Phoenician African imperial might. Forcibly, from 264 B.C. to 146 B.C., the Roman empire came to the conclusion that its greatest danger and defeat have to be tied up with the very growing influence of African naval power.

In 202 B.C at the Battle of Zama, General Scipio Africanus, Rome's craftiest General, defeated General Hannibal Barca, one of the greatest military commanders in history. Building up on this military momentum, General Scipio Africanus Minor besieged and sacked Carthage, burning the imperial city to the ground in 146 B.C. De facto, Carthage was the imperial capital city of Africa with regard to its naval power and wealth. With the fall of Carthage and Utica, Africa became a Roman province and most priced private possession. The whole continent took on the name of its new landlord. All who dwell on the continent became subjects of General Africanus, waking up to becoming Africans. That day, Africa became Roman!

The continent became the Roman Africa. Only one decade was enough for Rome to expand from Carthage to Algeria (Numidia), and Morocco, adding Egypt in 30 B.C., and Libya in 20 B.C., and Mauritania in 44 C.E. By defeating the Phoenician African empire, Rome become a European superpower as well as the unmatchable naval power of the Mediterranean. Over 700 years until the Germanic African Empire, Rome's economic expansion knew no rival because the mighty Phoenician African citadel had surrendered its power, wealth and treasures to Rome. Justifiably called the "granary of the empire", North Africa was the largest exporters of grain, olive oil, as well as crops such as beans, alongside grapes, figs, and fruits to Rome and Greece. African gorgeous granary always obsesses rising powers and inspires lustful thoughts of conquest. 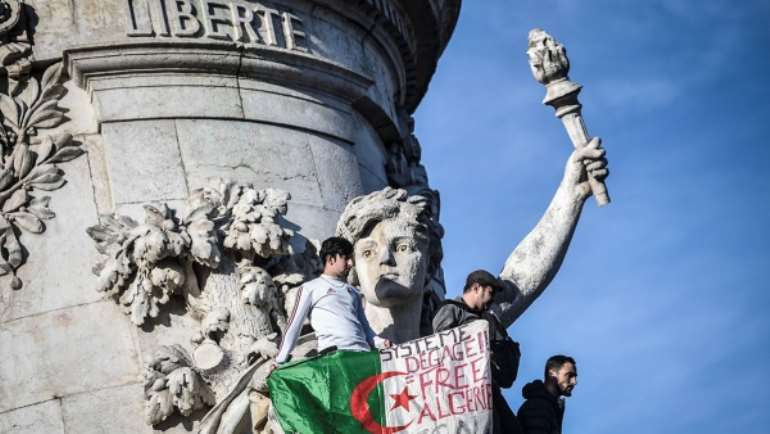 The Germanic Empire in Africa
Starting In 429, the Asdingi Vandals' king Genseric crossed Gibraltar with roughly 80,000 people to take new conquest expeditions against Rome's African territories. The Vandals are the rulers of the Germanic kingdom that took hold of the post Roman African territories. The Vandals' empire in Africa lasted from 435 A.D. to 534 A.D. They captured Carthage, making it the capital of their new empire. They conquered the coastal city of Hippo also called Hippo Regius - the present day Algeria -, Tripoli, Morocco, and Mauritania. Fresh with their new victories, the Vandals' African empire became the naval superpower of the Mediterranean.

In 2011, protests in Carthage - Tunisia - began to have a domino effect in the Arab world. What has been called the Arab Spring was simply a political echo chamber and roadmap for power struggle and regime change based on the Tunisian Revolution's franchise. The empire was about to change a new mantle. Time was up for changing of the guards ! A new approach of swapping out the keys of the "granary of the empire" from Byzantine hands to new Roman tenants. Tunisia has styled herself as a putative anchor of regional stability and democracy.

Unrest in Carthage translates into disorder around the Mediterranean. Decidedly, Carthage's protests sent shockwave of unrest around Libya, Egypt, Algeria, Morocco, Yemen, Syria, and Bahrain. The old Byzantine colonial strongholds were shaken to the core. Now, the changing of the old guards has landed in the house of the last Byzantine king. Buttressed by a clique of wealthy granary owners, ailing president Bouteflika of Algeria knows well the gravity of the moment, and most importantly what it costs to surrender the keys of the imperial granary to new hands. So goes all imperial power change ! Empires have no permanent servants, only lasting interests and wealthy granaries to preserve!

Follow me @ https://www.feetonthemountains.com
SOURCES:
- Alcibiades, HISTORY OF THE VANDALS, THE GERMANIC KINGDOM LOCATED IN NORTH AFRICA

- John C. Scott, The Phoenicians and the Formation of the Western World, in Comparative Civilizations Review, Vol. 78, No. 78, 2018