Racism: Fight Taunt With Taunt--The Only Way Out! 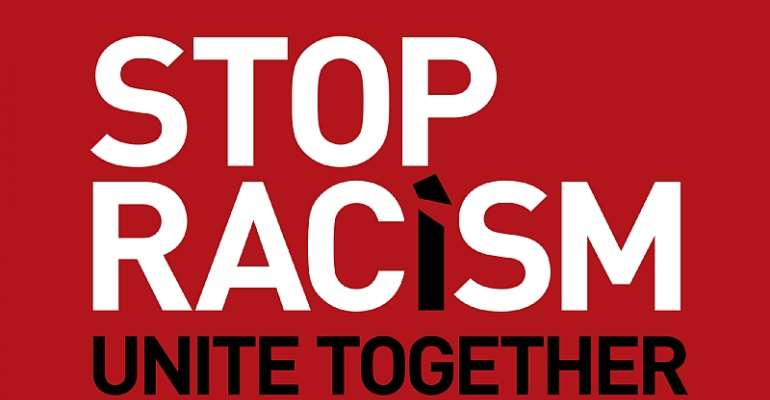 The British Broadcasting Corporation (BBC), the world's foremost broadcaster, on 26th March 2019 reported; "Uefa has charged Montenegro with racist behaviour following the abuse suffered by England players in their Euro 2020 qualifier in Podgorica on Monday.

England won 5 - 1 but the match was overshadowed by racist chanting from some home fans directed at several England players, including Danny Rose."

The question of racism has been around for a long time but it appears it is not going to end anytime now. Under the circumstances, I am compelled to advise my Grandchildren to fight a taunt with a taunt.

If racists shout: "Black monkey! Where is your tail?!" My Grandchildren should also shout back: "White pig! Where is your snout? I will use you for a hamburger, and they must make a sign of biting a hamburger.

This will show racists that we can meet them boot for boot.

Many racists are uneducated. They don't know that the first homo-sapiens were blacks. They don't also know that it is only in some parts of Africa that a human being could stay outside for a whole year without shelter.

Study of DNA has established that Africans have the most diverse DNA.

My Grandchildren should not get angry, neither should they hit racists if they taunt them. If they hit racists, the British courts would jail them because of their philosophy that "words break no bones".

They should fight a taunt with a taunt.

More Opinion
ModernGhana Links
Rising levels of unemployment in Ghana : A ticking time bomb
The Youth Don't Need Empty Promises Anymore But Action Words
Don't Pollute The Minds Of Those Willing To Support The Construction Of The Cathedral
Attributes That Make Great Leadership
CJ $5 Million Bribery Allegation: Meritorious Or Counterintuitive? (1)
The Usefulness Of The Teacher Unions In Ghana Is Over And As Such They Must Be Dissolved Immediately
What does Rwanda-DRC gold deal entail for Uganda?
As High Court Upholds the illegality of Assin North Legislator, NDC must cling to an appeal
Thunderstruck!
TOP STORIES