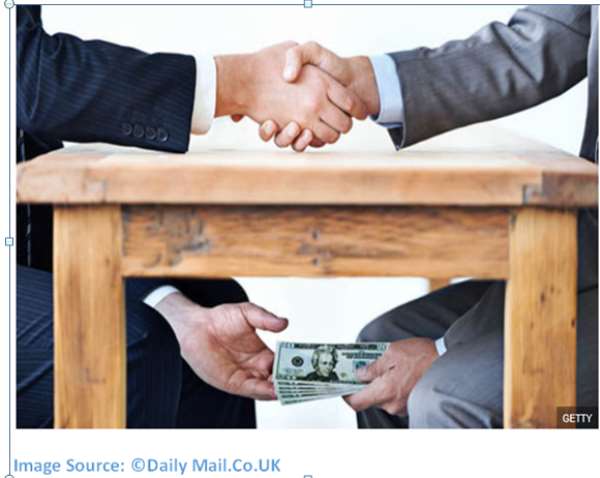 Corruption in Ghana shouldn't be blamed on politicians. It is something that begins in our homes. Meaning that every Ghanaian is almost corrupt. A corrupt society is the result of collective indiscipline, irresponsibility, dishonesty, stupidity, greed and 'foolish smartness' in cheating one another or the legal system of things. It is not uncommon to hear people who are indulged in corrupt acts tell others that they are not smart enough.

Everyone being smart has made Nigeria a failed state and it seems Ghanaians are on course to emulate their friends. No one accepts that he or she is corrupt yet there is evidence of corruption in our various institutions, in market places and on our roads. It seems that a corrupt person in Ghana is the one who has no finger to point or someone who has restrained his fingers.

People choose to be corrupt to amass wealth but could only see themselves as smart people and not corrupt ones. Perhaps the new definition of corruption is being smart enough to get some advantage or money in a dishonest way.

The evidence of corruption in Ghana is visible. It is evident on our roads as insane drivers spill out the blood of innocent travelers daily. It is evident as the common people cannot access basic services. Corruption is evident as many people go hungry every day while the corrupt ones enjoy lavish life styles. It is evident by the daily destruction of our forests and water bodies through illegal mining.

It is time to fight corruption to move Ghana closer to the level of a poor European country, if the technological advancement of South Korea, Singapore and Malaysia is beyond reach by our tortoise pace. Ghana was better off than those three counties in the 60s.

Corruption can be suppressed in three vigorous ways. (1) changing our mindset from home. Families must come clean. (2) fighting corruption by the Chinese and the Koreans way; harsh punishment without favoritism and (3) increasing electronic transactions.

In Kwame Nkrumah's blessed animals' farm, when all animals try to be smart, there will be an increase in predation presided over by the lion kings. One-by-one, all the animals will die out and the lion kings will devour each other. 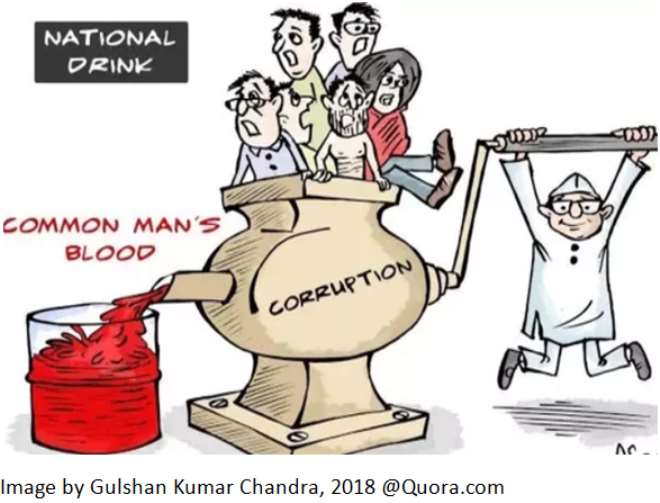 More Feature Article
Modern Ghana Links
Stopping generational curses (2)
Instituting constitutional monarch in Ghana as the head of state and ending tyranny of the security forces: returning to original africracy where governmental power resides with traditional rulers
NCCE must intensify its education on civic rights and responsibilities
Why did the Ghanaian media allow the fight against corruption to be taken off the campaign-narrative-table?
Nigel Gaisie’s worst nightmare fast approaching
Choosing Between An 'Armed robber' And A 'Thief'
Beyond The Written Pages
Franklin Cudjoe Is a Hypocrite Sans Dignity
Open letter to Ghanaians - let's give President Akufo-Addo a 'thank you vote' on December 7th
Dossiers Quotes Coronavirus
TOP STORIES