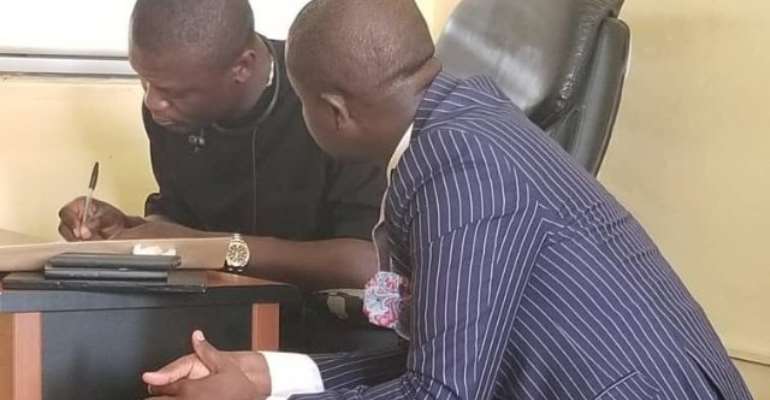 President Akufo-Addo’s spiritual advisor, Rev. Owusu Bempah, has been reported to the Criminal Investigations Department (CID) of the Ghana Police Service after he claimed an assassination plot to eliminate prominent NPP politicians including his protégé.

Former National Organizer of the opposition National Democratic Congress (NDC), Kofi Adams has gone ahead to write a statement at the Police headquarters, following up on a petition calling for investigations.

He was accompanied by a lawyer with the NDC Edudzi Tamakloe.

Describing his claims as divine revelation, he also said an NDC member has confirmed the assassination plan.