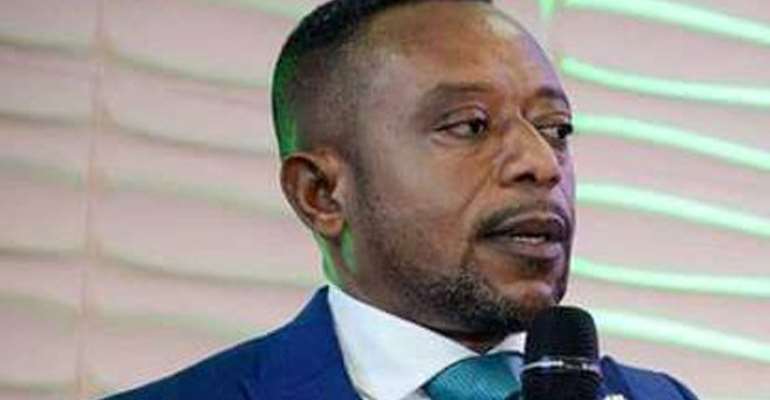 The founder of the Glorious Word and Power Ministry, Rev. Isaac Owusu Bempah on Friday morning stormed the premises of East legon-based Radio XYZ 93.1 at Adjiringano looking for Mugabe Maase, host of Inside Politics on the network.

He came with some heavily built men with some identified as members of the National Security Operatives.

With arms in hand, the operatives threatened to attack Mugabe Maase who has been criticizing the controversial pastor for some days over his revelations that former President Mahama was allegedly planning to kill some top officials of government including vice President Mahamadu Bawumia.

When he arrived at the premises he threatened to shoot anyone who would distract him.

“Where is Mugabe? He thinks he is powerful" i will finish him," Owusu Bempah warned.

One of the eyewitnesses said the guys he came with nearly shot in the air. One lady who tried filming the act got her phone ceased.

This is not the first time Owusu Bempah has had issues with journalists in Accra. Few months ago, he had a confrontation with a presenter at Accra-based Hot FM where he destroyed a laptop computer of a staff of the company.