Why Don’t We Want To Acknowledge That We Have A Problem? 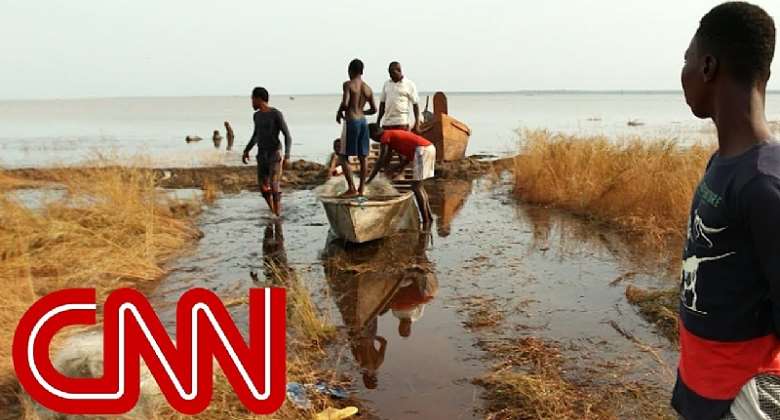 The government of Ghana is obviously outraged due to the recent CNN’s documentary that exposed child trafficking in Ghana. This is not the first time the government has been angered by a foreign media documentary.

In the year 2000 or thereabouts, there was a landmark documentary done by a foreign media that exposed deep seated child Labor in Ghana’s cocoa industry. That documentary, as obnoxious as it was perceived, resulted in a massive investment in the cocoa sector, with the government of Ghana as the biggest beneficiary.

The consumer protection community in the west had been offended by the discovery that the chocolates they were eating was tainted with the sweat of children. They had therefore threatened to boycott the consumption of chocolate, if the cocoa producing countries did not take steps to address the issue of child Labor. Threatened by the consumer threats, the global chocolate manufacturing companies came together to invest large sums of money, both in Ghana and in Ivory Coast, aimed at removing children from the cocoa production processes.

My friend, Senator Tom Harkin, who was then a Democratic Senator from IOWA, together with a Congress Man, Engel, took the lead in saving the chocolate industry, by working actively, basically serving as a mediator between the cocoa production countries, and the chocolate manufacturing companies. This move resulted in the establishment of the Harkin-Engel protocol, which was a form of an international treaty that provided a framework for the elimination of child labor in cocoa.

Industry players such as Mars, World Cocoa Foundation, Verite’, all jumped in, resulting in the undertaking of a number of industrial research, child labor remediation efforts, a cocoa production certification process, and the establishment of a National Plan of Action for the Elimination of Child Labor in Cocoa. The coordination secretariat of all those efforts was wrongly placed under the Ministry of Employment and Labor Relations, and later profusely abused, resulting in the collapse of the program.

Challenging Heights was one of the few organizations selected to help address the issue. We removed 240 children from child Labor situations, in two districts (Agona West and Asikuma-Odoben-Brakwa), and supported those children with education. We formed and trained 40 child protection committees, and 40 child rights clubs, and trained hundreds of women to get them ready for income generating activities.

The government of Ghana took the money from their partners, but refused to pay Challenging Heights for the work they themselves had asked us to do. The indebtedness stayed on our books for years, until our board took a decision to write it off.

I was not in Ghana last week when the latest CNN documentary on child trafficking in Lake Volta was released, so I have had a very limited chance to comment on the issue. Thankfully Challenging Heights was not featured in this documentary. It is my friend, George Achibra, whose organization, PACODEP, was featured, and I feel sorry for George. I feel sorry because I know the pressure he might be going through, both in the hands of his MP, and in the hands of the District Assembly.

Such documentaries are usually done under the CNN Freedom Project. The CNN’s Freedom Project has been running for nearly a decade, and it has featured several countries and several human trafficking situations across the world, including the United States of America. It is in Africa and parts of Asia that we fight human trafficking exposures instead of seeing such exposures as opportunity to address the problem.

As expected, the government of Ghana has reacted to the documentary. Pleasantly, I have seen a more reasonable reaction, this time, from government. Kojo Oppong Nkrumah’s reaction is more collaborative, transparent and honest than any previous government reactions I have seen. I am therefore not surprised that the CNN has welcome the honest gesture, and readied itself to collaborate with government.

I still do not understand why we don’t want to be utterly honest about this issue of child trafficking on Lake Volta. Government officials, in the last two decades, have worked with international partners in creating laws, policies and institutions to address the issue. If the problem did not exist, then what could have been the reason for those legislative and institutional frameworks we used the tax payers and donor monies to create?

We do all these, making hundreds of thousands in expenditures, and hundreds of human hours in hotels and conferences, and yet we still want to publicly deny that we have a problem?

Today the Harkin-Engel protocol has resulted in several hundreds of ex child laborers accessing school. The resultant Harkin-Engel protocol programs are the active investments by companies such as Cargill, Nestle, and COCOBOD itself, in ensuring sustainable cocoa production, and in many cases, government of Ghana and its partners establishing cocoa schools, and cocoa roads, all in the bid to making cocoa production a child-Labor free enterprise.

Like it happened in the cocoa industry, we just have to acknowledge that we have a problem in the fishing industry as well, and we should be honest enough to ask for help, and we will have people coming to help us root out this problem.

Still, the battle is the Lord’s!
James Kofi Annan