Sweet Or Sour; What Taste Does A Flavour Give? 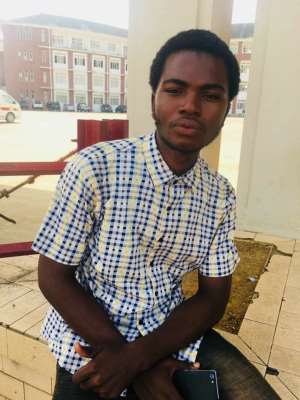 Things prices continue to escalate, local and international businesses have ceased to maintain top revenue generation thus forcing most to close while other are thinking of departure; amidst the harsh and unfavorable implications in the economy, consumers purchasing power have decreased drastically due to loss of jobs or growing redundancies, wedges are decreasing while the cost of living is increasing , women have been gang raped and paraded in the open, impunity has taken the stage while justice is being subsidized, sheer theft of state resources has been orchestrated by those entrusted with, from all indications; the Liberian society seems to be in a reverse trend, the choice made in 2017 has unleashed it real self, almost everywhere in Liberia has become a place for poverty and misery.

The instance for George Weah presidency has a given the people a rueful surprise. We have sited a perfect auxiliary of Madam serlaef in the executive mansion, not on the premise that a national transformative process has been engineered rather a clone to the U.P continuity who have come to finish the remaining business of the Serleaf’s cartel. No wonder while the masterminding of the 2017 elections went as planned despite despicable fraud and electoral malpractices. The Judiciary was induced as it is always the case; the plan went well madam Serleaf left a puppet in charge who like her; have an infinite understating of operations of the cartel.

When the chorus of a Peaceful transitioning was attached to the inauguration of President Weah thousands of Liberians thought that said landmark had an epitome of economy liberties and social equality. Many Liberians had their hearts in good posture as many more ferociously resisted the notion that a Weah presidency would be a mere delirium. The people were trapped in to believing an excellent footballing was synonymous to an excellent presidency, yet over times, the stripping of the mirage in the President has availed and the illusion is bugling in the space. With less than two years after handling power from the U.P absolutism, the Country Giant has arisen a new creed of clique with an ultimate motives; to jailbird the masses in the shadow of their thoughts and extend the Serlaef’s camarilla of crooks. The new footballing President has failed to emulate those footballs’ excellence in the executive which isn't as strange as many would think. From the onset of the electoral rigmarole; the triple doctorate holder in Weah who skipped many debates, attended no competitive bidding for the Presidency and presented no platform which in all were a combined outburst that the guy had an enormous ineptness of the substances needed in a Liberia's President. However these flaws and amply of incompetence, the people; who were filled with the delusion that Weah loved the country didn't hesitate, they rushed to the poll not for a change but a moment to reciprocate the love and kindness shown to them from Weah over the years. Even now, many Weah’s loyalists will still wished to blind their eyes to the roaming and roving realities. The realities; that almost everything and everywhere have a deepening problem under President Weah. However, one does not make it our business to tell them and we know they will succeed in shielding under the love for Weah and acclaimed Liberia is better. They might succeed in doing so, but what is certain is that the prevailing economy conditions affect all Liberians especially the "tiny tiny” loyalist. Fast forward, a decrease in purchasing power will extend to a significant amount of us because the buying and selling of commodities give no preference to “cidician” or Weah’s fanatics.

After the immense merriment in Paynesville, were a historic reflection of our dark days were being wiped away and Liberians gathered to usher a new path; a path that they thought would promote basic human rights and encourage the uncensored practice of the tenets and fundamental norms of Democracy. They went with the feeling that "Dawn has come" and marketers can now prepared to interplay between the forces of supply and demand thus the booming of businesses were ascertained. This was what really they thought; that a new Liberia was in the makings and the race to rebuilt and regain Liberia's deserving recognition could be ignited under the auspice of President Weah. But sadly, this was just what we thought and not what has actually come. The opposite of what we wished is what that has been released, the shocking wave of change has come to us with plentiful of negative outcomes, we wanted economy hopes but we have a poverty rate ballooning by each day that that becomes former, we wanted an information space free from surveillance and tracking but today we have a press that has been entrapped with fights and intimidation from the government. These were never what we thought were the necessities of change and it seems that the more we change the more we retrogress, the more we add flavor the more the sweet turn sour.

As sour as it has become, most people are beginning to quire on the very Government they fuelled to power. They have wondered on the real essence of the "change for hope theory." Some are beginning to implore on

the changes that we were told were in the pipeline. The rhetoric was as sweet as a well flavored cake; the change for hope Mantra was unparalleled. Soon, the sweet has turned sour, thus becoming diluted with greed, insincerity, dishonesty and empty pomposity. The President voice of command has become polluted with his coven of waning boys, who desire for material wealth is yet to reconcile with the mindset that they are public servants. Such was the fate for which we retired the UP- a jamboree of self

-seeking bigots who organized a stealing spree at the nation's coffers and plundered the country far below the very bottom they met it. Madam Serleaf met Liberia; a country broke and heavily indebted and as she left the borrowed executive mansion she left this same Liberia poor and heavily indebted. Nothing Literally Change.

Now the people look up to a messiah, a hero and a testament of life in the slums and ghettos. During the camping the people flew in the streets of Liberia, women would place their lapper and cloth on the ground while the Messiah would trek to their Campus, all the people wanted was a change in governance and Leadership. They wanted not Madam Ellen as a standard neither do they call on Weah to emulate her, they wanted farms to markets roads, they wanted quality education, they wanted a new state order designed on selflessness and sacrifices, but, have all these really shown any sign of realization, absolutely not! But rather, the poor keep getting poorer, the weak keep getting weaker and as each day elapsed poverty and hunger continue to capture new victims.

The Pro-Poor leaders have struggled to decipher the real intent and meanings of the very gospel they teach, whether Pro-Poor means poverty for the poor or government for the poor is a debate that can only be resolved through analyzing the empirical evidence and the everyday happenings in the Liberian society. From where I stand, and what the facts dictates; I have seen a government based on colossal looting and public cunning. The eradication of poverty still lived in dreamland and the economy never cease worsening while public fund meant to bent the trend of factors in the economy have been siphoned. If these things are Pro-Poor proponents then one might safely suggest this is the form of Pro-poor​ ​​​​​​practiced in "Dystopia."