North And South, Let's Be "Us" Again 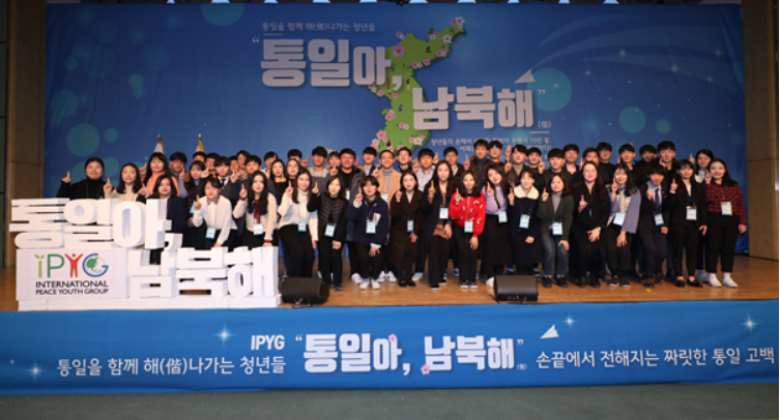 The US-North Korea talks, scheduled to be held in Hanoi, Vietnam, is expected to provide an important turning point for economic and security on the Korean peninsula. As the dialogue channels on the inter-Korean issue have been expanded since 2018, the issue of peace and reunification has become global attention and a major agenda of Korean society.

In search of the role of civil society to create a unified Korea with peaceful means, an inauguration of the

The event is held under the theme of “Youth pictures the peaceful future for the Korean peninsula”. The first half of the event was dedicated to an opening ceremony, congratulatory speech, and a series of the lecture while the second half was dedicated to the inauguration ceremony, joint statement presentation followed by the special performance.

At a congratulatory speech, Prof. Chang Ho-Kwon, invited professor at Hanshin University, said, "By showing public support for unification of Korea through collaborative efforts of civil society and subsequent government capabilities, the gate of unification will be closer. There is no chance for a nation without history and culture. We take the lead in unification issues to leave a legacy for future generations, which can be attained by participation in IPYG peace projects."

Mr. Ahn Chan-Il, the President of the World Institute for North Korea Studies, gave a lecture on the recent change of North Korea and the potential positive effect on the unification. "The true meaning of cessation of the Korean War is unification. When today's Korean youth who will lead the time of reunification prepares it with aspiration and achieve it in 20 years, Korea can stand firm in the global community,” said Mr. Ahn.

The host organization, International Peace Youth Group (IPYG), is a member organization of HWPL, an international peace NGO under the UN ECOSOC. IPYG initiated its peace activities with the aim of realizing world peace by the voice of youth themselves, the victims of the war, and has been carrying out various peace campaign around the world in cooperation with 851 youth organizations in 111 countries.

Regarding this youth campaign, IPYG explains that the youth of the Korean peninsula will voice to solve the problem of division and unification because the war threats on the Korean peninsula, which has been continuing since the division, can no longer be overlooked.

Chairman Man Hee Lee of HWPL delivered the message encouraging the youth’s willingness on a long-awaited reunion by saying "The desire for unification is the same voice of peace. There should have no more wars in our globe. Rather than pointing each other with guns, youth should be the front to lead the way to peace."

"I think this is a gradual process to create an environment for peace and unification empowered by youth and citizens. Through this campaign, I hope that it can contribute to the better future of peace in Korea and the world," said Ms. May Hwang, a member of IPYG.