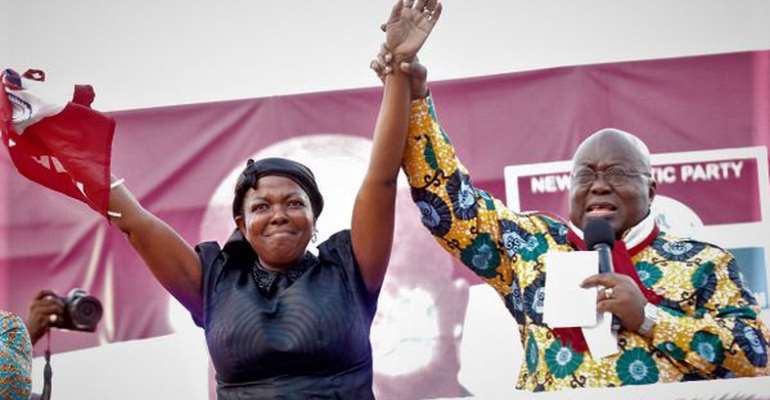 The Fourth Republic of our beloved Ghana was ushered back into democracy by the 1992 Elections where opaque ballot boxes were used. Well-meaning Ghanaians decried the mere use of the opaque boxes and cast aspersions on the integrity of the elections. Our electoral system has since seen the massive improvement in all facets including the use of transparent ballot boxes. All these reforms were an effort to consolidate and deepen the processes of our democratic culture. We became the shining Star of Africa for our successful successions of power transfers from one political party to the other.

Our collective effort as citizens for free, fair and transparent elections was highly bruised and battered on 31st January, 2019 when we returned back, not to opaque ballot boxes, but opaque so-called security officers whose sole responsibility was to safeguard the sanctity of the Ayawaso West Wuogon by-election. Haruna Institute would like to know why security officers would wear ISIS and Taliban face masks to a mere by-election in a constituency that is not deemed as a hotspot for electoral disturbances. It raises red flags of the current government complicity or suggests a grand agenda by the government to at all cost avert how unpopular it has become in managing the country. So, electorates were deliberately intimidated from coming out to vote using violence.

The Akufo-Addo led government, that began with vitriolic visitation of mayhem and chaos on innocent citizens, once again has caused Ghana an international opprobrium. The NPP government has proven that it is not only super incompetent in drafting plagiarised presidential speeches but clueless in protecting the very citizen from whom it derive its mandate to govern.

The Institute believes that if elections were held today in Syria or South Sudan, the kind of state sponsored ninjas and prehistoric troglodytes would not even be left loose the way this government has done it without a shred of shame. It is sad that the president whose echolalic mantra is "I Believe In Ghana" fails to believe in our statutory institutions to enforce law and order. We believe the whole violence was premeditated and orchestrated by the mishappens of the NPP and endorsed by the president who has nearly limitless power to effect the malevolent plan.

The shameful and avoidable violence that characterized the by-election is a harbinger of 2020 Elections. The NPP, regardless of it penchant to misinterpret idioms, should know that their actions are tantamount to belling the cat. The NPP which umbilical cord was cut with violence need to tame its numerous terrorist militias and vigilante groups lest they would see the NDC's B4B plan in 2020.

I implore all well meaning Ghanaians and the selectively neutral Civil Society Organizations to condemn the bastardization of our state institutions for political gains by unconscionable elements at the helm of power in this government.

We charge the Ghana Police Service to expeditiously investigate into the daylight shootings at the by-elections and bring the hoodlums and outlaws to book. Or this unfortunate incident would further erode their limping image in the sight of the Ghanaian citizenry.

Last but not least, the Institute under no uncertain terms bewails, bemoans and condemns the imposters of security officers (NPP vigilantes) for recklessly firing several rounds of ammunitions at innocent citizens, MPs, NDC party supporters, women and children who were out and about in the constituency. We wish all of the NPP-assisted gun victims a speedy recovery.