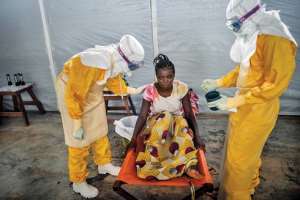 The Ebola explosion in West African countries of Sierra Leone, Guinea, and the current in Congo, will come to an end, including the continuous spread of Ebola virus in Africa because of the exposure of the US government, Barack Obama and Bill Gates as the culprits but it is likely that Africa may face a new clandestine threat of another biological.

Before the white man discovered the vaccine for malaria, Africans have survived the aggressive and unfriendly environments, which killed hundreds of Europeans, leading to the reference of Africa as ‘The White man’s grave.” Then in 1976, a ‘disease’ called Ebola which erupted near River Ebola in Congo killed a number of Congolese.

No Africans, including the Congolese, were told that disease was actually a test of a biological weapon. Then the disease after claiming its victims in 1976 in Congo, went on leave for 38 years and resumed work in 2014, to kill the citizens of Sierra Leone, Guinea and Liberia. This is a disease which Russia, Germany, and Belgrade (Yugoslavia) already had in their possession.

The more Africans, including African leaders accept this medical lies, the more the US government will be comfortable to test more biological weapons in Africa. Whatever is not possible in advanced countries is always possible in third world countries because they dwell on corruption, underdevelopment, and poverty as the culprits.

If African leaders should have been very tough on the USA government, there wouldn’t be Ebola today. The fact that the US government started financing Aids projects in Africa silenced African leaders because they were enjoying the money through their corruptible schemes.

Aids is not fast enough to kill and Africa’s population is growing at a very fast rate, therefore, a powerful virus is needed to do the job as quick as possible. That’s why the US government military scientists created the Ebola virus and frankly speaking, Ebola is super-powerful and deadly.

So if today, the media and lunatic scientists will try every possible means to deceive the world, especially Africans, since they know that many Africans don’t read, that Ebola is spread by bats, shows how dangerous this world is and how the world lies in the hands of a bunch of criminals in politics.

The more Africans believe that Aids and Ebola are diseases caused by poverty or unprotected sex, the more Africa faces more threat of the test of biological weapons in the continent to destabilize the economy and take possession of the continent’s resources. Thus, the safety of Africans is in your own hands. Either you ignore your corruptible leaders and protect your country from man-made diseases or support those corruptible regimes.

In this case, if any a new biological weapon after aids and Ebola occurs in Africa again, those responsible are not to blame but Africans because they have given the US government a free license to kill their citizens, the citizens' African leaders depend on their votes. If they will sit uncared for the US government to kill all Africans with biological weapons, who will vote for them?

Africans must now fully know the corruptible nature of their leaders. If they are not ready to stand toe to toe to accuse the US government because of the money given to them, Africans must be alert to protect themselves any time a biological weapon is used to depopulate the continent.

What I believe is there is a time for everything. The day the US government's cup will be full, they will know the true colour of the black man.

Next article: Why The US Bases Occupying Africa Is A Threat To The Continent.

Akufo-Addo going to IMF is not victory, it's a day of sadnes...
10 minutes ago