Any Justice For The Children After The Brutal Murder Of Lumumba? 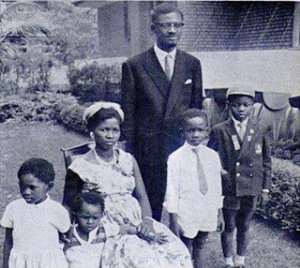 The sons of the first prime minister of the former Republic of the Congo, Patrice Lumumba, blame the Belgian authorities, as well as a number of former and current officials, for their involvement in organizing the murder of their father in January 1961.

The appropriate claim was filed in one of the Belgian courts by the relatives of the fighter for the independence of the former Belgian Congo, in particular, argue that Brussels strongly contributed to the pro-Western forces in the African country who had attacked Lumumba and even allocated 250 million Belgian francs (about six million euros) to get Lumumba killed.

This is not the first attempt to achieve justice in relation to the memory of a person, through whose efforts the Congo has freed itself from Belgian domination. In 2002, at the initiative of the son of Lumumba, François, the Belgian authorities created a special commission whose task was to determine the true cause of death of the Congolese revolutionary.

Patrice Emery Lumumba grew up in a family of peasants from the tribe Tetela. At the expense of the colonial authorities of Belgium, he managed to get an education and become the evolution of an enlightened person. After school, Lumumba graduated from the postal service and worked for some time at the post office, and then one of the Belgian industrial companies hired him.

Lumumba had excellent chances of starting a career in the Belgian Ministry of Colonies. Once he was among the chosen Congolese even sent on a free trip to Belgium. However, the career growth of a peasant son did not take place. In 1955, Lumumba was accused of embezzling money and sent to prison for six months.

Patrice Lumumba has always shown an active political stance but if in the early 1950s, he was on the side of the colonial authorities and was a supporter of the idea of peaceful coexistence of the Belgians and Congolese, having been imprisoned changed his political views.

After his release, he began to actively raise the issue of Congo’s independence from the Belgian crown. The future prime minister of a free republic expressed his political ideas, including in literature and journalism. So, he became the founder of the newspaper 'Uhuru,' a Swahili word meaning 'freedom,' and headed the weekly 'Independence.'

One of the most important stages in the formation of Lumumba as a politician was the creation in 1958 of the left-wing party of the National Movement of the Congo, which was in favor of leaving the colony from Belgium.

The activities of Lumumba were not ignored by the Belgian authorities, and in 1959, the newly-born revolutionary was sent to prison again, this time on charges of inciting unrest.

Nevertheless, Lumumba managed to convince the colonial authorities of the need to grant Congo independence. In 1960, the future prime minister of a free country went to Brussels for a conference convened to discuss the possible independence of Congolese. The long-awaited freedom of the African colony came on June 30, 1960.

In the country's first elections in May 1960, the Congo National Movement party, headed by Patrice Lumumba, won 40 seats out of 137. Thus, in June 1960, Lumumba received the chair of the country's first prime minister. The head of state was Joseph Kasavubu.

Belgium actually was not happy about the independence of the Congo, however, did not conduct immediate repressions in the country. Moreover, on June 30, 1960, the head of the kingdom Baudouin I came to congratulate the former colony on independence.

Moise Tshombe, leader of the province of Katanga, which concentrated the main deposits of minerals, including the famous diamonds fields, which helped Belgium to get back on its feet after surrendering in World War II, announced its province's exit from the new republic.

The young republic was on the verge of civil war. A wave of violence turned against the white population, mainly living in the territory of Katanga, which forced about 20 thousand Europeans to flee the country. A rebellion broke out in the Congolese army, and Belgium decided to bring troops into the republic.

The position of Lumumba, who opposed internal separatism in the country and the military intervention of Brussels in the affairs of the new republic, was supported by the Soviet Union, headed by Nikita Khrushchev, who later ordered the University of Friendship of Nations to be named after Patrice Lumumba.

Moscow sent a delegation of advisers to the Congolese prime minister to assist in the fight against the rebel forces Tshombe. However, the Prime Minister was unable to secure the support of the United Nations, which Lumumba had so expected.

The turning point in the history of the new state was the statement of the head of Katanga, who promised to cease resistance as soon as Lumumba left his post. As a result, on September 5, 1960, President Joseph Kasavubu removed the prime minister from his post and put him under house arrest.

Lumumba, in turn, said that the president’s actions are illegal, pointing out a large number of his supporters in the government coalition in the Congolese parliament.

On September 7 and 8, the Chamber of Deputies and the Senate respectively annulled the decision on the resignation of Patrice Lumumba. However, on September 12, the former prime minister was still imprisoned and then sent to Thysville, a military camp located near Kinshasa.

The story of Lumumba and a number of his supporters ended in a remote area of the hostile province of Katanga. According to a generally accepted version of the story, Lumumba managed to escape from imprisonment, but he was soon caught and shot by the Katangians. The official date of death of Patrice Lumumba was January 17, 1961.

However, the true events in which the Congolese independence fighter was killed have been covered in mystery for a long time. Only in 2002, after the completion of the work of a special commission, the authorities of the former colonial power admitted to preliminary preparations how Patrice Lumumba died.

The Belgian authorities confirmed that Lumumba and his comrades, Okito and Mpolo, were arrested by accomplices of Colonel Joseph Mobutu, chief of the General Staff of the Congolese army, who later became one of the corruptible leaders in Congo and Katanga leader Moise Tshombe.

The commission also acknowledged that the former prime minister was not shot by Katangian rebels, as stated earlier, but by soldiers subordinate to Tshombe and Belgian officers.

Moreover, the massacre of Lumumba was extremely cruel and cynical. Before his death, the overthrown prime minister was bullied, and after the execution, his body was first buried, then exhumed, dismembered and dissolved in acid. Then the rest of his remains were burned.

However, the most important conclusion of the Belgian commission was that the plan of reprisals against the disgraced politician was prepared at the highest levels of power, even the Belgian king knew about the preparation of the murder.

Earlier, in the course of previous investigations, it was found that the CIA was also engaged in preparing for the elimination of Lumumba, and US President Dwight Eisenhower allegedly gave the order to poison the ousted prime minister.

At the end of the investigation into the death of Lumumba, the Belgian authorities made official apologies to the widow and three sons of the Congolese politician, as well as to the relatives and friends of his associates, Okito and Mpolo.

However, according to Francois Lumumba, one of his sons, who report to De Tijd - The Time, a newspaper, this is not enough for the relatives of the ex-prime minister. Convinced that it is necessary to make public all documents concerning the plans for the liquidation of his father and to let those responsible for the death of Lumumba to face justice.

The arrest and brutal murder of Patrice Lumumba

Francois Lumumba did not mention the names of politicians involved, in his opinion, in the death of his father. However, according to a number of Belgian publications, in particular, Le Soir, about ten people took part in organizing the killing of the Congolese liberator.

Read More: The Disposal Of The Body Of Patrice Lumumba By The Belgian Government Without Burial
One of them is the former head of Societe Generale de Belgique, a large Belgian holding company, Etienne Davignon, and Assistant Foreign Minister Paul-Henri Spaak.

Last year June 30, 2018, was the 58 anniversary of the proclamation of the independence of the Republic of the Congo from the Belgian crown and after over five decades, it worth to ask if the relatives of the Congolese father of independence got the justice they were looking for.