How 'useless' Is The God We Serve? 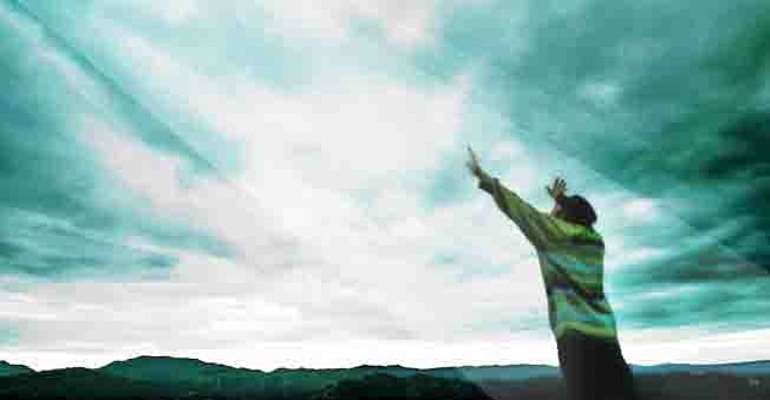 The killing of the Assemblies of God Church Head pastor last Sunday leaves many of us searching for answers. Christians in the country have wrestled to understand how an All-Powerful, All-Loving God would allow such horrific evil upon His servant.

An article I read this morning titled, ‘’A ‘Useless’ God Is One Who Promises His People Protection But Cannot Protect Them From A ‘Mad’ Killer In His Own House’’ has left me broken hearted and disappointed.

The write up of that article is from what Christ Vincent wrote on his Facebook wall following the murder of the man of God. Christ wrote:

“Anytime God, I mean the Abrahamic God is given the opportunity to show his might, he woefully disappoints.

Yet he makes so many promises and claims which mounting evidence contradict.

This same God says at 2 Thessalonians 3:3 through his chosen man that

“But the Lord is faithful, and he will strengthen you and protect you from the evil one.”

Yet when evil looms against his people, he fails to show up.

Today, at church, a place where he is said to dwell, one of his men, was stabbed to death—and he did nothing about it. The pastor faced uncommon evil, and he didn’t honour his promise.

Why be friends, let alone worship a God who does not keep to his promise to you? Why keep yours to him then?

A God, a delusion of credulity!

The evidence all point to the fact that, the conception of a God is our infantile attempt to understand our universe and it is entirely wrong.

We are animals, belonging to the genus homos, one of many species that once existed and now the others are extinct. We are nothing special—and have no relationship with any God.”

I could not hide my disappointment in Chris who I cherish so much when it comes to writing after reading those awful statements.

Let me bring to remembrance that it was the issue of evil that initially led author and scholar C. S. Lewis into atheism. However, upon further reflection, Lewis began to see that if there is no God, then there is no such thing as evil either. He wrote: “Evil can only be known and measured against a standard of good. Apart from God and the morality that flows from Him there is no standard — and therefore no evil either, but we know in our hearts, it’s inescapable — that evil is real.” His conclusion that evil is real proved the existence of God.

Now to the biggest question that we are all finding answers to: Why does God allow evil upon true Christians?

There is so much trouble in this world and it seems like God is out to lunch sometimes. However, I had personally seen Him work through it for the better. Though we don’t and won’t like it while we are being pruned, He also promises, for those who are his children! That he will restore the years that the locust has eaten.

Sadly, many people think that believing in God protects them from suffering, so when tragedy comes, they question God’s goodness and justice. But the message of Job, and of the cross of Calvary is that we should not give up on God just because bad things happen. Faith in God does not guarantee personal prosperity, just as a lack of faith does not guarantee troubles in this life. If this were so, people would believe in God simply to get rich. God is capable of rescuing us from suffering, but He may also allow suffering to come for reasons we cannot understand. It is Satan’s strategy to get us to doubt God exactly at the moment of our most intense agony. If we always know why we suffer, our faith will have no room to grow.

The Book of Hebrews declares that Jesus Christ learned obedience by the things He suffered, and that He was perfected through suffering (Hebrews 2:10). Suffering has the potential of demonstrating God’s power (1 Corinthians 12:7).Those who suffer are in a position to comfort others. Suffering also helps the children of God to identify with Christ. Through persecutions and tortures, people suffered for the sake of Christ and His Kingdom. To suffer with Christ is another matter. Paul speaks of the “fellowship of His (Christ’s) sufferings” Phil. 3:10). True Christians share in the suffering of Christ in the sense that through suffering they identify with Christ. To be a disciple of Christ involves suffering for and with the Master. Christ as Lord and His disciple are bonded even further through the experience of suffering. “In this you greatly rejoice, though now for a little while, if need be, you have been grieved (distressed) by various trials, that the genuiness of your faith, being much more precious than gold that perishes, though it is tested, may be found to praise, honor, and glory at the revelation of Jesus Christ.”

Elijah Adjei Boakye is a trained Journalist, motivational speaker and a moralist. Elijah is a columnist for several media houses in ghana including modernghana and ghanaweb.
Tel. 0245200795 [email protected]