Africa’s East-West Railroad is 50 years Over Due 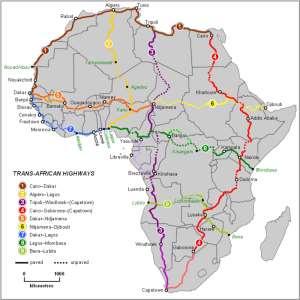 An East-West railroad, along with Trans-African highways, and electrical power, is essential for African nations to become sovereign independent nations. It is coherent with the African Union’s “Agenda 2063.” Sudan is geographically situated to become the nexus of the East-West and North-South rail lines. Africa’s collaboration in recent years with China’s Belt and Road Initiative, Russia, and other nations to build vitally necessary infrastructure is the only way to eliminate poverty, hunger, and disease. It will also lead to finally putting African nations on the path to building robust agricultural and manufacturing sectors. This policy stands in stark contrast to President Trump’s “non-Africa Strategy,” which will do nothing to help Africa, nor improve US Security.

The Russia-Sudan Inter-governmental Commission announced in a report that Russia wants to participate in the construction of a cross-continental rail line, which will connect East and West Africa. TASS reported that the commission document states: “The Sudanese side expressed interest in participation of the Russian companies in constructing of the Trans-African railway from Dakar-Port Sudan-Cape Town. The Russian side confirmed readiness to work out the opportunity for participation but asked for [the] provision of all the financial and legal characteristics of this project.”

TASS explained that “the Trans-African railway line is part of the African Union’s plans to connect the port of Dakar in West Africa to the port of Djibouti in East Africa. It will run through 10 different countries (many of them landlocked) and is expected to boost trade on the continent. The route will be the expansion of the existing Trans-African Highway 5 (TAH5). The first phase of the project will be an estimated $2.2 billion upgrade to 1,228 kilometers of existing rail between Dakar, the capital of Senegal, and Bamako, the capital of neighboring Mali.