Why The US Government Hits Africa With Ebola? 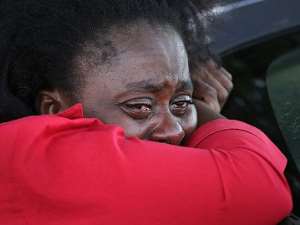 Ebola is a biological weapon. The successor of Aids which was created in the laboratory of the US military is more powerful and deadly. Firstly, to depopulate the continent since the developed world is highly worried about the fast growing of Africa’s population, secondly to take control of the continent's resources, and thirdly, to make money from the vaccine which the same US government is the sole owner called Ebobun.

Why a disease which first appeared in Crimea, in the year 1943, appeared in Africa, Congo, in the year 1976, before Sierra Leone, Guinea, and Liberia in 2014. Then continue to appear about sixteen times in the same Congo. Who are the Americans fooling? And are African leaders so daft to accept such medical crime on African soil when such a thing can never take place anywhere in a developed country?

Sierra Leone has a population of about 5 million people. The two regions of the country, where they all began are Kenema and Kono, two of the "hot" areas, major centers for the exploitation of diamonds and gold. Sierra Leone has important deposits of diamonds, gold, silver, titanium, platinum, marble, granite, copper and others, "said the people.

Congo is also one of the richest countries in the world, not even Africa. The vast resources the country has served the need of both European and Americans daily. Thus, the need for the US government to strike the country with Ebola makes sense to them.

The affirmations of their rulers are not the only ones in this respect. At the international level, there have been several controversies over the origin and evolution of Ebola in the past.

For example, in 1996, physician and researcher Leonard Horowitz published among many other articles a book explaining the theory that Ebola, along with AIDS, revealing the two diseases were created in US military laboratories.

This follows the books of the Dutch scientist, Johan Van Dongen and the German doctor, Wolff Geisler, confirming the same allegations that the two diseases, Aids and Ebola were created in the US military laboratories for the military defending purpose, take possession of Africa's resources and to depopulate the continent.

The Ebola situation in Africa is more dangerous than it seems because African leaders are weak to react because of Africa-America relationship. However, since African leaders are greedy and have no conscience to think about the safety of the continent, the present, and future generation, it’s time for Africans to rise and defend themselves.

According to Eric Pianka, a renowned biologist in the US, Ebola was the perfect tool to respond to Earth's demographic explosion. In 2006, he said that action must be taken quickly before it was too late: "The Earth, as we know it, will not survive without taking drastic measures."

The theory he advocated in 2006, was argued: "AIDS is not an effective disease, because it is too slow, Ebola, on the other hand, is more effective." The disease is very tough and lethal in only a few days, instead of a few years in its serious forms, "the American biologist argued at that time, drawing attention to the fact that Ebola" will eliminate 90% of the Earth's population. "

Moreover, another clue to support the conspiratorial theories launched by a part of the population, appeared this year in May. Jean-Marie Le Pen, honorary president of the far-right French Front (FR), had been heard by French journalists in an informal setting in Marseilles that "Mr. Ebola can resolve the demographic explosion and immigration problem in three months."

This statement was condemned by the French Government, and the Dutch populist Geert Wilders described it as ridiculous. The honorable daughter of the NF, Marine Le Pen, the FN president, later declared that his father's statements were distorted. "It is true that he made a possible disappointing observation, a bit pessimistic, but it does not refer at all to immigration," Marine Le Pen stressed at the time.

Recently, an expert at Cambridge University said the Ebola virus could be used by terrorists to create a biological weapon. While fears are growing about the spread of the disease in Africa could escape attention to Europe and America, the expert in organic anthropology, Peter Walsh, said that although the risk of the virus reaching the UK is small, groups such as Al-Qaida could use it to create a weapon.

According to Mediafax. "Only a few laboratories in the world own the Ebola virus and they are well protected. The risk is that a terrorist group can get the virus from West Africa or Congo.”

In another development, the US mission in Congo has cautioned the administration of Joseph Kabila of a possible terrorist attack on the US, however, Kabila has refuted the threat.

What is the US mission in Congo afraid of anyway? What goes around comes around? Does the chicken, always come back home to roost? Time will tell, America for this dangerous disease you have created to kill innocent people.

Akufo-Addo going to IMF is not victory, it's a day of sadnes...
30 minutes ago