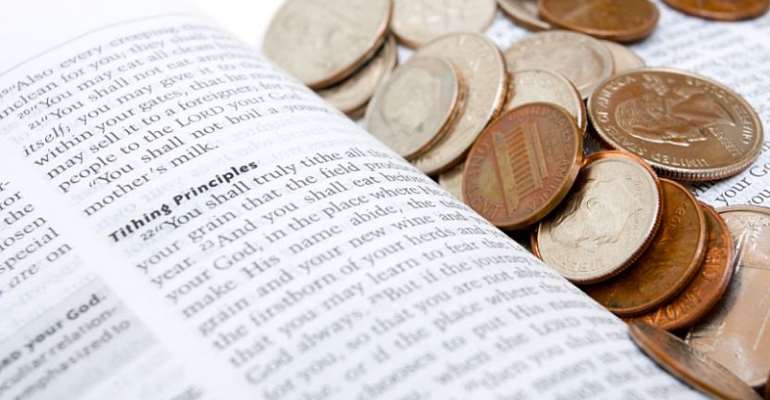 Tithes, as one-tenth of your prosperity/increase/income at any given time, is for God as the Creator and "landlord" of the Earth/World/Globaville/Global Village. It is the Lord God's portion that is to be used as directed by him.

"And all the tithe of the land, whether of the seed of the land, or of the fruit of the tree, is the LORD's: it is holy unto the LORD."

Leviticus (27:30-33)
The directions have been given variously in the bible as God wished for it. Invariably though the tithe is meant for the support of the needy and stranded in and outside of the church. Supporting a pastor willingly to misappropriate it is wrong.

The observation of many has been that the founders of churches recently are feeding fat on the tithe to the detriment of its intended use. It is noteworthy that in these end times, there are fake and selfish/stomach pastors as biblically prophesied. The fact that some occultists and even fetish worshippers have infiltrated Christendom with their versions of "churches" is not news. They are out to either confuse/disrupt Christianity for their selfish and master's end, by hook or crook, so they are not the ones under discussion here. The concern is more for the genuine pastors who sometimes get the feeling and misunderstanding that the tithe is also part of their "prosperity"!

It is clearly stated that these stomach pastors will be told their deserving positions in the end:

It is clear that the fake/false church leaders would rejected in the judgment days. The bible is however not equally clear on the situation of the mature knowledgeable followers of these false church leaders. It does not need rock science to work out their punishment or reward as it were.

Christ said that whoever facilitates a wrongdoing is as guilty, if not more than the one committing the wrongdoing:

"Then said he unto the disciples, It is impossible but that offenses will come: but woe unto him, through whom they come!"

(Luke 17:1)
It is very arguable that the Bible directs the tithe to be paid through the church, however it would have been silent in its intended purpose, if you were not expected to know! So now that you know through the same Bible, who do you want to please, God or your "stomach" pastor? And the other big question is, SHOULD ONE STOP PAYING "TITHE" BECAUSE OF STOMACH PASTORS? Let's discuss this question soon.