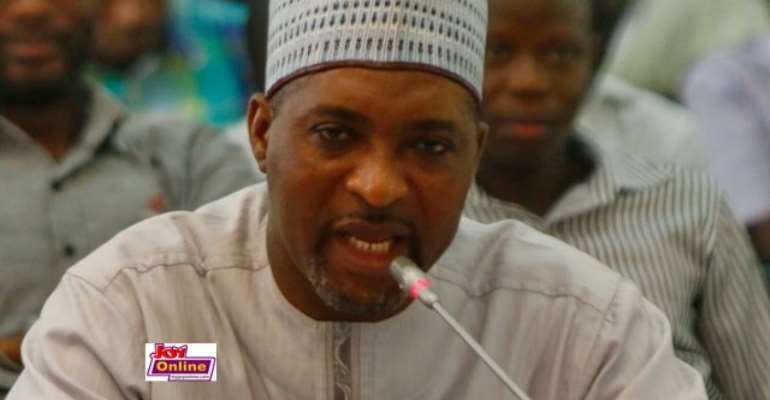 The Minority Chief Whip in Parliament has called for the immediate arraignment of the police officers involved in the killing of some young men at Manso Nkwata.

Muntaka Mubarak Mohammed believes the Attorney General’s department should pick up the briefs and head to court with the 21 police officers.

The legislator who is the MP for Asawase, where the killings took place, believes once the finding of the independent committee that investigated the issue has revealed that the young men killed were not armed robbers as alleged by the police, the officers must face the music.

He is also opposed to the statement by the Information Ministry that the officers will be “subjected to formal police criminal investigation”.

“If you say the police should take them through the process , what process,” he quizzed…You will be wasting time,” he added.

“…once they wrongly killed the young men, they are murderers so you put them before court ,” he said. He added that the legal system is competent enough to sort the complicit officers from the innocent ones.

Compensation
The MP is also of the view that the government compensates the families of the seven men killed by the police.

The government statement, however, said : “in the interim, government in consultation with the families and community leaders will provide support for dependents of the deceased persons”.

But Mr Mubarak believes “the proper thing to do is for the government to compensate the family”.

“If you say you are going to take care of the family, for how long,” he quizzed.

Killing
The police in Kumasi gunned down seven young men in July claiming that they were armed robbers who had exchanged fire with them.

Relatives, friends and community leaders and neighbours of the young men, however, refuted this claim saying that the deceased persons were very known members of the community and not armed robbers.

An independent committee was subsequently set up by the government to investigate the matter.