Ebola- The Blood Speaks After Death 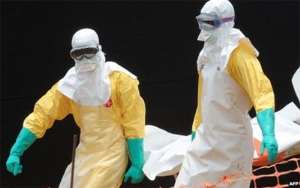 Sometimes, the way world leaders deal with an issue which threatens the world’s security and puts the lives of people in danger shows it’s a crime against humanity. Already, people have started asking: Why Ebola keeps on ravaging Congo (Africa), yet Donald Trump and other world leaders, including Africa, haven’t said anything about it?

How can Donald Trump or African leaders answer such a question? At the end of it all, an illiterate in the remotest part of Africa, who can’t even write his name, can tell his fellow African that “these Americans want to kill Africans again after Aids.” Oh yes, it’s damn true, not an exaggeration.

The outbreak of Ebola seventeen times in Congo, since its first outbreak in 1976, reveals that it’s neither a bat, flying bird, insects, nor bushmeat which is responsible for the spread of Ebola in Congo. The Ebola virus is a biological weapon engineered from the laboratories of the US government.

If Ebola is not a biological weapon or a medical crime, after Aids, why world leaders wouldn’t show any concern, instead they are worried about the deadly disease getting into the hands of terrorist groups? America and its allies have gambled on the blood of innocent victims in the past, and have enjoyed impunity but not this time. They will pay for it no matter how long it takes.

The initial plan of the Aids virus was to depopulate Africa or kill black people. Every intelligent person, whether educated or not needs to ask this question: They said poverty caused the rapid spread of Aids in Africa, did poverty also cause the rapid spread of Aids in African-Americans? Why the black population in both Africa and the United States of America has the highest HIV-AIDS infection at the same time?

According to the World Health Organization, Aids came to America as a result of monkeys brought to America from the Philippines, did those monkeys made a transit in Africa before the United States of America? You see, this how man has dominated man to his injury. The world is cruel; with leaders without conscience and integrity.

The power of money has influenced them to turn their back against God to commit grave crimes but they will pay for every crime they have committed. Yes, the blood of the innocent victims will cry for justice, whether they claim responsibility for the evil actions or not.

Nothing is going well in this crazy world, therefore, it’s now assumed that Satan rules this world but who is the Satan? Satan is everyone causing misery against his own brother or sister for their selfish gain. Lies and hypocrisy are now included in the policy of every government because they can’t do without them.

Health officials fighting to subdue Ebola in Congo are being interviewed, appearing on CNN, BBC, and Al Jazeera, but these health officials are not in Congo to fight Ebola because of sympathy or love for the Congolese. They are there to avoid the spread of the disease to Europe and the United States of America. That’s all, they think we don’t know?

Everyone knows that because the past experience in regards to slavery, colonialism, Apartheid, and medical crimes, such as Aids and Ebola, are enough to warn the black man that they are species that don’t deserve to live. Actually, if Europe and America are winning their devilish actions to destroy Africa, the suicide rate wouldn’t be higher in their continents than Africa.

That means that whatever they are doing to Africa rather makes the population strong and tough to survive, while they kill themselves every day. According to the American Foundation for Suicide Prevention, every year, about 44, 965 people commit suicide, while in 2017, there were 6,213 suicides in the UK and Republic of Ireland. The latter figure can’t even be registered in the entire African continent in a year.

The blood of Aids and Ebola victims are calling for justice, and until that justice is given to them we will see the worse in our world ever recorded in any political history.

The political unrest taking place worldwide, including Africa, is just the tip of the iceberg. Politicians will toil from morning till evening without achieving anything significant and the continent which will suffer most will be Africa, like always because our leaders are ungrateful.