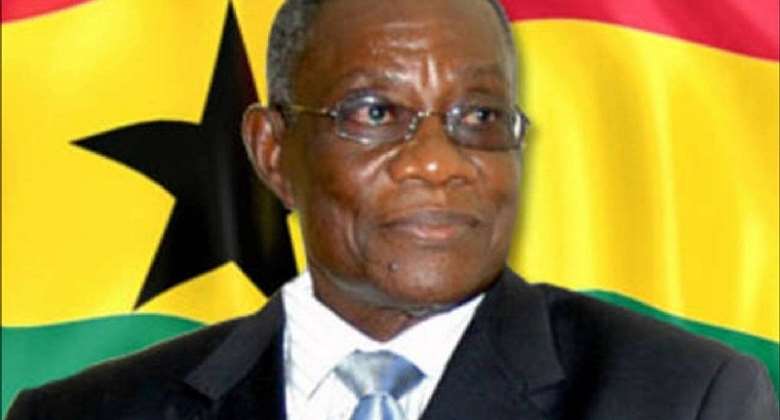 A Historical Feature by Boakye-Dankwa Boadi

Kumasi, Nov. 12, 2018 . Following the publication of my article "I Stopped Rawlings From Extending His Tenure", many people have suggested that I should chronicle some of my activities for posterity. I must say I am humbled by the request and below are some of the things I was privileged to play a part in.

Northern Ghana:
Boakye-Dankwa worked in Northern Ghana for 12 years (1986 to 1998) at a time when many Government Workers used to resign when they were posted to that part of the country. While working in Northern Ghana I made sure that I filed a story to the headquarters of Ghana News Agency (GNA) every working day to ensure that Northern Ghana was always in the news.

Boaky-Dankwa broke the news on the outbreak of cerebrospinal-meningitis (CSM) in the Upper East Region in 1997 and got Captain Kojo Tsikata, National Security Coordinator, to send a plane load of medical supply to the Region, while the Minister of Health at the time was busy denying the outbreak.

Boakye-Dankwa confronted President Rawlings, who many Ghanaian feared, at the Paga Airstrip on his Government's slow response to the outbreak of CSM. I asked him: "Who slaughtered a sheep to appease you? What are you now coming to do here? President Rawlings' ADC Tetteh rushed to me and put his hand around my neck and apologetically said; "We will explain when we get home".

President Rawlings gave an explanation while we were taking our breakfast at the Residency in Bolgatanga. He said his Doctors insisted that he should be vaccinated and wait for an incubation period before they would permit him to travel to the affected area. I hope President Rawlings would confirm or contradict (C or C) this episode.

Boakye-Dankwa worked very fast on the concessionary statement President Mills sent to GNA, conceding defeat and congratulating President John Agyekum Kufuor on his victory in the 2000 Presidential Election Run Off, which the British Broadcasting Corporation (BBC) picked and announced and thus prevented President Rawlings from deploying soldiers he had assembled at the Efua Sutherland Park and was about to send them to go and seize radio stations in Accra.

Boakye-Dankwa initiated the GNA story that stopped 12 truck-load of Andani Warriors, who were on their way to attack Yendi to return to Tamale. If they had gone to Yendi the bloodbath would have been unimaginable, after the assassination of Ya-Na Yakubu Andani II, Paramount Chief of Dagbon Traditional Area.

The vigilance Boakye-Dankwa exercised thwarted Newmont Ghana Gold Limited's (NGGL) attempt to cover-up cyanide spillage at their Ahafo Mine in October 2009, which eventually earned Ghana seven million cedis in form of a fine that the Company paid.

Boakye-Dankwa was a Junior Consultant in the preparation on an environmental impact assessment on The Northern Savannah Conservation Project for which The World Bank gave Ghana five million US$.

When Boakye-Dankwa became the Supervising Chief Editor of Ghana News Agency, he stopped the peddling of lies against President Osagyefo Dr Kwame Nkrumah, Founder of the State of Ghana and Initiator of Africa Personality. He was contacted by National Security to trace a copy of President Nkrumah's signature. He directed the documentation section to search for the signature. The documentation section could not find any because all documents that had his signature were burnt after the coup that overthrew him. In the night Boakye-Dankwa was told in a dream to go to the George Padmore Library in Accra.

When he went he asked for the first visitors' book of the Library, and lo and behold there were the signatures of Osagyefo The President and some of his Ministers and their comments. The authentic signature belied all those signatures under documents transferring his non-existing assets to a beneficiary.

Boakye-Dankwa prevented President Mills from recanting his stance against LGBT rights. When President Mills won an overwhelming victory to become the Presidential Candidate of National Democratic Congress (NDC) for the 2012 Elections at a congress held in Sunyani, he went to a thanksgiving service at Sunyani Central Ebeneezer Presbyterian Church. At the request of the Reverend Minister Joseph Bosoma, President Mills promised not to entertain any request to legalize LGBT in Ghana.

The GNA carried the story. Ghana Broadcasting Corporation (GBC) as usual used the GNA story in its bulletins. Daily Graphic also used the story on its front page on Monday. For unknown reason The Ghanaian Times did not carry the story. On Tuesday The Ghanaian Times used the story with some additions. Then on Wednesday the paper carried a retraction. When Boakye-Dankwa saw the retraction he called Mr Mohammed Isahaaq, Chief Editor, Home Desk. We decided to call Charles Neequaye, Acting Editor of the Paper, and asked him why he had retracted a story that did not originate from them.

Charles said he was prevailed upon by President Mills to retract and apologize. Boakye-Dankwa then called Ransford Tetteh, Editor of Daily Graphic, and asked whether they were also going to retract the story. Ransford said they had told the Presidency that since the story originated from GNA they would carry the retraction only when GNA did that.

As was usual when Boakye-Dankwa gets into difficulty, he heard direct instructions. "Send your boys to go and interview the Reverend Minister, The Church Elder, The Choir Master and The President of The Women's Fellowship. Ask them to take along the story they sent to Accra. Tell then that they should read it to them and ask them whether it was a true account of what happened at the Church on the previous Sunday."

Boakye-Dankwa did as directed and after two hours they brought the story. All the four of them said the story was correct. The Choir Master added that when President Mills made the statement the whole church broke into jubilation and the President was smiling.

While we were discussing the issue, Mr Isahaaq said President Robert Mugabe had said that when he made a similar pronouncement Barack Obama of USA, David Cameron of United Kingdom and Angela Merkel of Germany called him to retract but he refused.

Armed with this information, Boakye-Dankwa called Charles and asked for the phone number of Koku Anyidoho, Spokesman of President MIlls. Boakye-Dankwa then called Koku and the conversation went something like this.

Boakye-Dankwa: "Koku I hear that you people are going to bring us a rejoinder. If you bring it, we would use it because the Constitution says so. However, the GNA would stand by its story because GNA is not ready to sacrifice its credibility to appease The President. We have interviewed the Reverend Minister; The Church Elder; The Choir Master and The President of the Women's Fellowship and they all said our story was correct."

Koku thought I had finished but I continued. "I don't know why Your Father wants to retract something that had won him a huge political point. I am sure he has also come under pressure just as Mugabe did when he made a similar pronouncement."

Boadi: "What are the terms?"
Koku: "We will not send you any rejoinder. You too, do not send your second story."

Boadi: "That is accepted. Our second story, would become relevant only when you send us a rejoinder and we stood by our original story that we would have to explain why we were standing by our original story. So if you don't bring any rejoinder then 'magana yaa kaare' ( 'case close' in Hausa)". I hope Koku too would "C or C" this episode.

Under the Management of Boakye-Dankwa, GNA won a credibility battle waged against it by the Institute of Economic Affairs (IEA) then under Mrs Jean Mensah, Current Electoral Commissioner. IEA descended into the abyss and removed an item on their website and denied its existence. Google came to GNA's assistance by restoring the item they deleted.

About The Writer:
Boakye-Dankwa Boadi, was the Supervising Chief Editor and Acting General Manager of GNA when he went on retirement in 2011.

He is currently Director of Communication and Advocacy of Wacam, a human rights, environmental and mining advocacy, non-governmental organisation.