Primates Or Bats Are Not The Causes Of Ebola In Africa 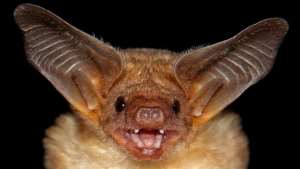 Ebola is one of the most dangerous diseases in the world today. It is highly contagious and can kill up to 90% of patients and in the affected communities, it raises fear and panic.

Since March 2014, when the largest epidemic of Ebola in history begun, MSF has received a total of 10,287 patients. Out of 5,225 confirmed patients, 2,475 of them were cured. From the May 2018, Ebola began to spread in DR Congo, over one hundred and seventy people are dead, according to the Congolese Ministry of Health.

Many patients are angry and have refused treatment because they think the health officials want to remove part of their body organs and some also think Ebola is something strange to kill them.

Ebola keeps on emerging in Congo many times even though the country has been declared Ebola-free.

This is enough evidence that the effect of a biological weapon is taking place in the population of Congo, after erupting in March 2014 in the West African countries of Guinea, Sierra Leone, and Liberia.

Nearly 300 foreign and 3,500 local collaborators were involved in the fight, taking care of patients, identifying and controlling people who had come into contact with them, as well as about disease awareness, protection options, and the need for an early search for health care.

History and disease strains
The Ebola virus was first detected during the outbreak of the disease in Zaire (today's Democratic Republic of Congo) in 1976. Of the 318 then, 280 of them died very quickly. In the same year, 284 people in Sudan were infected with the virus, of whom 156 did not survive.

The Ebola virus has five species: Bundibugyo, Cote d'Ivoire, Reston, Sudan, and Zaire - named after where they came from. Four out of five species cause disease in humans. The species of Reston can also infect humans, but no disease or death has been reported.

What causes Ebola?
Ebola is a biological weapon engineered from the US government’s laboratory for global depopulation, as well as taking control of the natural resources of the countries it occurred or occurring but this is what the fake media and false health writers often want the public to know.

“Cases of contagion have been documented in contact with found dead or diseased chimpanzees, gorillas, calyxes, monkeys, forest antelopes or porcupines." (All written above are bullshit with blatant lies.)

The truth is since it's a biological weapon, victims can transmit the disease to another person when in contact with the blood, secretions and body fluids of the sick.

Symptoms of Ebola
The primary symptoms are vague, making it difficult to diagnose the disease early. The illness is characterized by sudden fevers, a feeling of weakness, muscle and headache, and sore throat. It is followed by vomiting, diarrhea, rash, kidney and liver failure and, in some cases, internal or external bleeding.

Symptoms may occur 2 to 21 days after infection. Ebola may occur in some patients with rash, red eyes, hiccups, chest pain, or difficulty in breathing or swallowing.

These tests present a very high risk and should be carried out under conditions of maximum biological protection. Inadequate protection has led to many cases of infection between humans.

"Paramedics are particularly at risk of being contagious, so one of our priorities is, in addition to the treatment itself, to train medical staff to reduce the risk of getting infected during patient care," says Henry Gray, MSF Crisis Coordinator during the Ebola epidemic in Uganda in 2012.

Goodbye Ebola, says this man but Ebola still remains a threat in Africa

"We must always introduce extremely stringent security measures to ensure that no healthcare workers are exposed to the virus, whether in contact with infected patients or contaminated medical supplies."

Treatment of Ebola
There is no specific treatment or vaccination against Ebola. Treatment is by default limited to supportive therapy of symptoms consisting in rehydration of the patient, maintenance of blood pressure and oxygenation, and in the treatment of other possible infections.