Professor John Atukwei Okai An Appreciation Of A Pan-African Bard 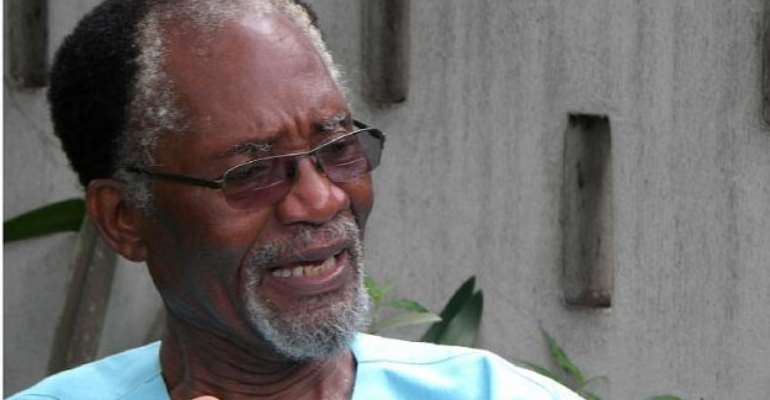 Certain events, in life's journey, make an indelible impression on you.  These events become, as it were, seared in your subconscious.  They become unforgettable.  To experience Philip Gbeho in the 60s conduct the Achimota School Orchestra, skin glistening with sweat, perform the Ghana National Anthem on Achimota Founders' Day was one such event. Watching Lawyer Joe Reindorf cross-examine a witness in a treason trial was another.  To listen to Tsatsu Tsikata analyze the concept of law in Jurisprudence class; to experience Aki Sawyerr analyze surplus value in International Economics was yet another such treat.  That was what made Legon, Legon, our premier university.  All of which brings me to Professor Atukwei Okai, and his particular brand of Poetry – a true vocal and rhythmic rendition.

There always was something elusive, yet powerfully present, about Atukwei's poetry.  Attempts to define poetry have always proven elusive.  Poetry has sometimes been defined as “writing that formulates a concentrated, imaginative awareness of experience chosen and arranged to create a specific emotional response through meaning, sound and rhythm.  A quality that stirs the imagination or gives a sense of heightened and more meaningful existence, a quality of spontaneity and grace.”  These qualities ring loud, true and clear, in Atukwei Okai's work – whether rendered orally, with appropriate gesticulation or read in deafening silence.   To us, his students, the artist, John Atukwei Okai, became more than just a poet.  He became a national institution.  His live performances rang in your ears, even long after the performance.

To listen to Atukwei Okai perform The Oath of the Fontomfrom in the Great Hall was a never-to-be-forgotten experience.  I vividly recall one evening when a student lazily ambled into the Great Hall, late, during one such poetry recital.  Professor Atukwei Okai was then in full flow.  His trend of thought disturbed, he paused and calmly intoned, “Poetry stops for no man, but poetry has paused for you.” The young student, embarrassed, quickly scrambled to find the nearest seat.  The rhythm in verse continued to a hushed, packed, Great Hall – A Slim Queen in a Palanquin – to thunderous applause.  That was the Professor who invented Lorgorligi Logarithms.

I was hooked.  This was nearer home to me than Paradise Lost.

Professor Atukwei Okai, teacher, patriot, former Minister, revolutionary poet, Pan-Africanist, and, yes, Life Secretary-General of the Pan-African Writers' Association (PAWA), was a raraavis.  I recall we enjoyed his poetry recital so much that evening that we all accompanied him as he left the hall.  To our surprise, he walked with us to the bus stop for Bus 11 from Anumle.  Bus 11 presently arrived, and off he went.  Such disarming simplicity.  Warmth and modest laughter was the mark of the man – a true wordsmith, at ease with everybody, especially young people.

Later at the University of Ghana, we heard that he had been obliged to retrain before the University of Ghana would allow him to lecture.  An MA in Modern Letters from Gorky Institute was not enough.  It had to be embellished with an MA (Litt) from London, no less.  Atukwei was undeterred.  Other works followed – Lorgoligi Logarithms, Oath to Fontomfrom.  He rose to become University Professor, National Poet, and Secretary-General of the Pan-African Writers' Association – literally for life.

Prof. became a member of the PNDC Government where, among many things, he was a Regional Minister for Greater Accra.

Respect developed into affection for this remarkable individual.  He was always a lively company.

The African Union is saddened by this great loss.  He had earlier invited me to present the keynote address at the PAWA Conference last November where President Nana Addo Dankwa Akufo-Addo was made Honorary Member and Life Patron.  Another conference beckoned in Malabo in November this year.  That has now been cancelled.  Force majeure.  The passing away of a griot is the literary equivalent to a library burnt to the ground.  Fortunately, he has left behind considerable material for our continued edification.

Damirifa due, Nuumotser! As we gather today to mourn Atukwei Okai, let us pause, awhile, and acknowledge the quality of the man.  The road to eternity has begun, BLACK STAR. The Oath of the Fontomfrom will roll on, BLACK STAR. OBONU BAA GBER, GERDERGERDER.  Say “hi” to Kwame, Marcus, Nelson and Winnie, Oliver, Steve, and all the Black Stars gone ahead.

Our deep condolences to his dear wife and five lovely young daughters.