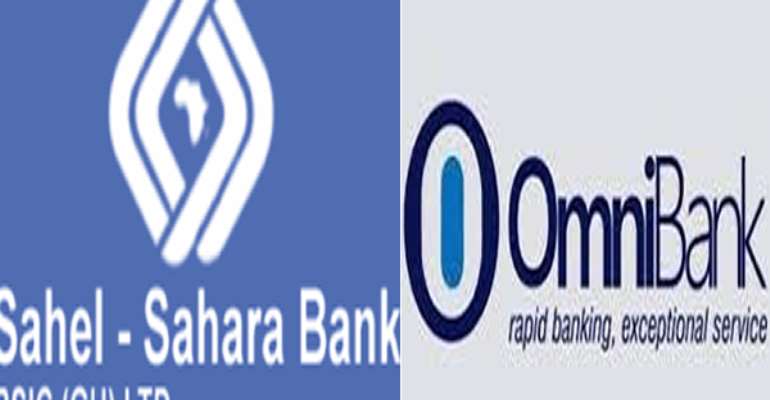 Five new investors are said to have shown interest in partnering with Sahel Sahara and Omni banks which has begun merger talks after receiving the initial no objection from the Bank of Ghana.

The two banks are currently in talks with these investors to select one who will present an additional $25 million in other to meet the minimum capital requirement.

The Deputy Managing Director of Sahel Sahara Bank Dr Kojo Aboagye – Debrah in an interview with JoyBusiness said, “We have offers as we speak, they are five in all, and we are looking at it whether we should bring them onboard or the shareholders should rather invest in the company.

We will work within the timetable to ensure that we close this deal and submit documentation to the central bank. There are three that are Ghanaians and two that are foreigners with one being within the francophone countries in Africa. It is a bank.”

He further disclosed that the investors had local ones but were not in a position to disclose the names because doing due diligence on both sides was ongoing.

“That is what we need now to bring ourselves up to speed. The moment we have gone far with them as we have signed the non-disclosure agreement and we have furnished them with all the necessary documentation they need,” Dr Aboagye – Debrah added.

Meanwhile if beyond the discussions they are unable to reach an agreement, as the deadline approaches, then the shareholders we invest the $25 million.

This comes after the Bank of Ghana last month approved the proposed merger of the two banks with a caution that, the final approval will only be considered after all the necessary documentation has been submitted for review.

Even though the central bank is said to have given the two banks up to the end of December this year, to submit all the necessary documentation on the merger and also meet the minimum capital requirement, the two banks are optimistic to meet the regulator’s requirement two months clear ahead of schedule.

Currently, the two banks have $60 million support from their shareholders, which leaves the new bank which is to be named OmniBisc with a shortfall of $25 million.

I’m happy to tell you that, the two banks are working together. Six committees have been formed and they have put together all the documents and we are ready to submit to the central bank by next week. Hopefully, we can get the approval as soon as we submit the documents.”

Mr. Oti commenting on the new investors who have shown interest in partnering the two banks, said, “the second and perhaps the most important thing is to bring in the additional capital requirement which as I told you the last time, that following the no objection letter from the central bank, there is a lot of confidence that investors have shown in the two banks.

They have approached us and we are discussing and we are very confident that, within October or latest by mid-November we should close one of these transactions.”