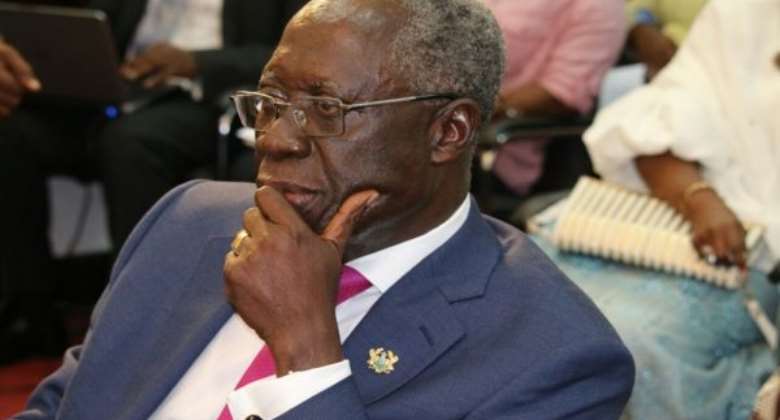 Good day,
Yaw I am writing to you in my capacity as a Journalist (Media Practitioner). Article 162, clauses 4 & 5 of the 1992 Constitution Of The Republic Of Ghana insulate Media Practitioners and enjoin them to hold the Government accountable to the people.

Since we are both Akans, I am going to use Akan customs; traditions; usages and mores as well as Akan traditional antecedence in this letter.

Akan culture allows the people to publicly and openly criticize duty-bearers. That is the reason why the Nzema Kotokohene could stand in front of Asante Kotokohene, Otumfuo while he is sitting-in-state and tell him;"I have come to insult you for being over-bearing".

In the same vein, the people of Techiman compose songs insulting the Techimanhene during the Apor festival.

I am also going to copy the historical antecedence of Okomfo Kyeninkye, who unlike Okomfo Anokye, did not use diplomacy when conveying messages from our ancestors to the people.

Yaw, I held a press conference in Kumasi and told you not to go ahead with your plan to destroy Atiwa-Atwredu Forest because it is the only remaining major forest in South-Eastern Ghana.

I told you that Atiwa-Atwredu Forest prevents the formation of smog in the Accra-Tema area. I passed on the knowledge to you thinking that you were a sensible person and loved Ghana and the unborn generations.

Will I not be right to conclude that it was because of the possibility of making big money through juicy contracts that would be awarded to you and your cronies, that has informed all your actions in the China-Ghana bauxite exploitation deal? Can you convince us that it is not your personal interest that made you to treat my entreaty with disdain?

"You have broken pieces of wood and plugged them into your ears. Be informed that the God of our ancestors is angry with you. A Voice that identified Himself as "Mirikisi Brem, Odoto-Po-Suo a Oyi Akrokra Pe Bre, that I later discovered was that of Tweiduampon, warned of dire consequences if the New Patriotic Party (NPP) went ahead to destroy the Atiwa-Atwredu Forest.

I was tasked to surf the internet to search for scientific reasons why Atiwa-Atwredu Forest should not be destroyed. The following are some of my findings:

Already, signs of smog formation are appearing. I recently drove along the Osu - Labadi road and I saw a very tall building under construction clad in smog.

B/ The ozone in smog trigger asthmatic attack. I need not tell you that asthma kills.

Yaw, I am sure you might be wondering why the Chinese did not put too much emphasis on this possibility in their Environmental Impact Assessment (EIA) of the project.

The answer is simple. They do not care because they have destroyed their forest. When the Chinese Government sponsored me to go and watch the Beijing Olympics, I saw a huge smog hanging over Beijing. When I asked about it, our Guide boastfully told me that the smog in Shanghai was worse than the one in Beijing.

If you do not stop the destruction of Atiwa-Atweredu Forest, NPP would be giving National Democratic Congress (NDC) powerful campaign messages like: "Vote NPP and Banish Asthmatics From Accra - Tema Area"; "Are You Asthmatic? Vote NDC And Stay In Accra-Tema Area! "NDC Cares For All, Including Asthmatics".

I tell you, these are very powerful vote-catching messages.

Yaw, I was surprised when one of our ancestors said: "Enti Yaw de ne nabraba ne ne kotokranee yi reko owuo?" To wit, "So Yaw has not discarded his chicanery and hanky-panky, in his last days? I was surprised because I have all time seen you as an astute politician.

Yaw, I have read various versions of the "Chinese Puzzle". Could you give me your version? I am talking about your role in the US$300 million loan from the British registered China New Technic Construction Limited , which you rushed through Parliament, when you were the Minister of Finance and Economic Planning in 2004.

The loan, among other things was to be used to rehabilitate the Eastern Railway tracks.

I end here, hoping to hear from you soon.
Your faithfully,
Boaky-Dankwa Boadi.
About The Writer
The Writer, Boakye-Dankwa Boadi was the Acting General Manger and Supervising Chief Editor, of Ghana News Agency, when he went on retirement in 2011. While in service, he wrote against the passing of "The Representation Of The People Law" (ROPAL). The NPP Government treated it with contempt and went ahead to pass the Law. As at the time of writing, the Law is not operational and yet the Party paid the price for its insubordination, when it lost the 2008 Elections. You may google: "Does Parliament Want To Destroy Ghana?"