Future Of Pensions: The Mega Trends 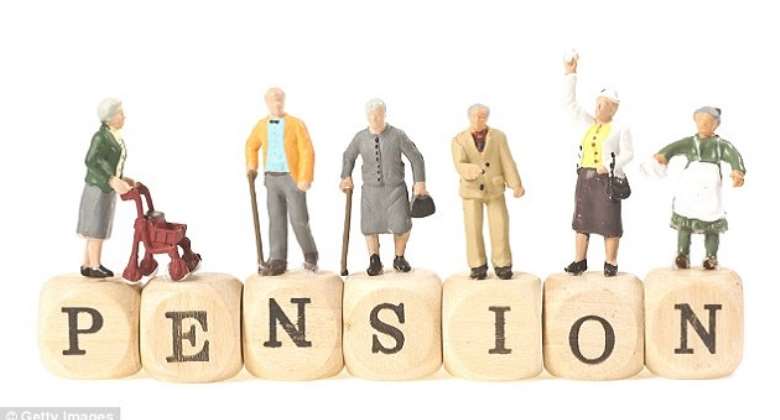 It is the first time in the history of humanity where all five generations are living together. This is good news, however, it comes with its own challenges. One such challenge is the provision of social security for the citizenry. This article looks at three megatrends (demography, globalization and technology) - that will have an impact on pension provision in the future.

Background
Pension is one way of ensuring financial security in old age. However, over the past two decades, pension schemes around the world have experienced some form of reforms and Ghana has not been an exception.

Pensions in Ghana have had its fair share of reforms from Pension ordinance 42, popularly known as chapter “CAP” 30 to Social Security Act 1965, (Act 279) and now the National Pension Act, 2008, (Act 766) which gave rise to the new pension policy- three-tier pension scheme.

The 1st and 2nd tier are mandatory schemes with a mixture of defined benefits and defined contributions (hybrid). The 3rd tier is a voluntary fully funded provident fund and personal pension scheme with a great emphasis on the informal economy. Further, the Act 766 established a National Pension Regulatory Authority (NPRA), to oversee the administration and management of registered schemes and trustees as well as Social Security and National Insurance Trust (SSNIT), tasked to manage the compulsory 1st tier. The 2nd tier is managed by corporate trustees licenced by the NPRA.

However, since the liberalisation of the pension market in Ghana, trustees, custodians and fund managers have been active, expanding their market share year-on-year. In perspective, the percentage of pension contribution to Ghana’s Gross Domestic Product (GDP) has increased from 1.0 per cent in 2012 to 4.5 per cent in 2016. It is estimated that as pension coverage increases among the labour force, the contribution to GDP is likely to hit more than 5 per cent sooner than later.

On the other hand, interconnected mega-trends such as demographics, globalisation and technology will shape the way pension is managed in the future.

Mega-trends
Demographics
The demography of the world is changing. People are now living longer, giving birth to fewer children, the death rate is decreasing and more people are migrating from their place of birth in search of a better life.

A report by the world bank group (Social Protection and Labour) indicates that, a record increase in longevity combined with decrease in fertility (number of children born per woman) will progressively impact the age dependency ratio - the size of elderly population relative to those of the working age population as well as demographic structures in sub-Saharan Africa.

Ghana, for instance, has been experiencing the impact of the above factors. Firstly, World

Globalization
Globalisation has brought about new dynamics in the global economy resulting in the unrestricted drive of services, goods and wealth, increasing competition and pushing down wages among labour. It has made the world a global village with the easy connectivity of economies, improved communication and investment flows, however; its effects have been experienced in low wages and high unemployment particularly among the younger generation. With difficult economic challenges facing Ghana coupled with high cost of living, many find it challenging to provide for themselves and their families, forcing majority (particularly informal sector workers) to concentrate on daily consumption and ignore planning for retirement. Also, support from family, friends and the community in providing for the poor and the vulnerable is weakening and the burden rolls back to the state.

Technology –
The world is going digital and either one takes advantage of it or is left behind. In the past few years, the pension was not on the agendas of corporate sponsors; however, with rising pension deficit and volatility, it has become necessary that real-time data is available for analysis and decision-making. Margaret Snowdon OBE, a non-executive director of The Pension Regulator, UK, states, “Good data is the oil in the digital economy and the price of ignoring it could be high”. As we consider the future, technology will help in the design of pension products to meet the needs of contributors; giving them the chance to see their savings online, receive updates via mobile phones and tablets, and act if necessary. The regulator, NPRA, will then be able to act in a timely manner to prevent pension fund insolvency, underfunded pension schemes and/or company bosses syphoning money as done by Robert Maxwell of the Mirror Group in the UK. Again, good data through technology will enhance the proper administration of schemes and make it easy in the communication of information.

Conclusion
The three megatrends - globalization, demographics and technology – effect on pension provision cannot be ignored in the 21st century. However, better planning and policies in taking advantage of the of this exciting trend (increase life expectancy, a decrease in mortality, easy access to information) can help provide an improved pension for contributors and strengthen the pension industry - in this era of low investment returns and high administrative cost.

Secondly, the NPRA should make a success of this new trend in focusing more on educating and encouraging workers particularly those in the informal economy to join a private pension (informal sector pensions) – which according to the Ghana Statistical service, forms about 90 per cent of the labour force.

FIFA throws out SAFA’s protest case against Ghana after WC q...
59 minutes ago