Liberia: Has the “Political Cartel” Truly been destroyed by the “Cartel Destroyers”? 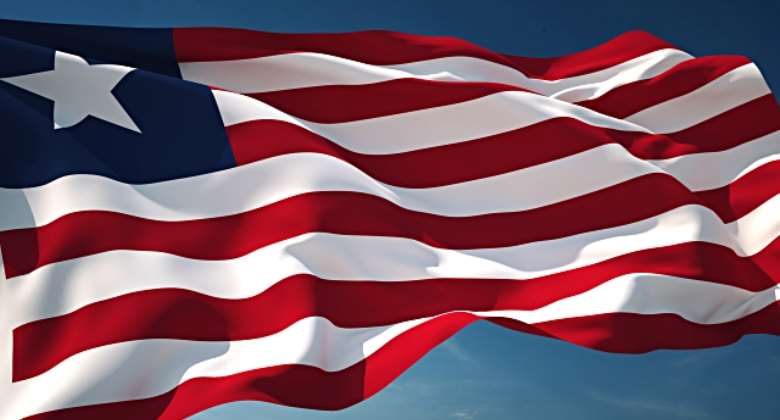 Eugene Fahngon, the controversial Deputy Minister of Information in the CDC-led government has always postulated that the CDC’s emergence to the helm of power is a revolutionary overthrow of a “Political Cartel” that had always controlled and managed not only political power but also the mineral and natural resources of the republic. But our study of the revolutionary overthrow of a ruling class by the mass movement of the people indicates something on the contrary. Either Fahngon does not understand what a revolution is or he chooses to engage in a malicious distortion of the truth to the unsuspecting masses. In either of the cases, he is not serving the interest of the exploited class but rather the exploiting class which he refers to as “Cartel”. Elements like Fahngon are part of the social-chauvinists that need to be wiped out by the mass stampede of the people onto the stage of history.

In history, when the mass of people overthrow a cliquish and exploitative ruling class, they temporarily use the instruments of the old society to crush the resistance of the overthrown class. One way to do so is arming the people to combat a counter-revolution from the debased class (The transformation of the armed body of men that protects the interest of the exploiting class into a people’s army that then suppresses the exploiting class to safeguard the interest of the exploited class). Another way is expropriating the wealth of the cliquish class to not only weaken it economically but also provide the basic means of life for the poor mass of people. Another form is replacing the political institutions of the ruling class with a people oriented one such as a people’s assembly whose members will not only be paid the wages of the average workers but will serve the simple function of administrative watchdogs of society instead of bourgeois political actors that place themselves above the people through the consumption of bumper salaries, emoluments and other perks.

Other members of the “Cartel”, although do not currently control any of the machinery of the state, but are still lavishing in pomp and pageantry with the wealth they plundered without being touched or expropriated by the so-called revolutionary takeover. Ellen Johnson Sirleaf, a woman believed to have presided over the wholesale looting of the state for 12years is still seen dictating the actions and inactions of President George Manneh Weah. She recently held a meeting with President Weah and told him to mandate his surrogates to quit shifting blame on her for the economic malaise that has engulfed the homeland. President Weah did not hesitate to give such mandate during his July 16, 2018 Address to the Nation. Also, there has been no determination from the so-called revolutionary government to subject this woman to a judicial commission of inquiry to account for her stewardship of the republic. Under her watch, the republic was crushed by rampant corruption evidenced by the preponderance of audit reports from the General Auditing Commission (GAC) that recommended the prosecution of those found culpable of colossal plunder. Madam Sirleaf has shares in gold mining companies like Liberty Gold Mines and hotels like Farmington Hotel in Liberia. She also gave these companies tax holidays in the latter stage of her regime. No move has been made by the so-called revolutionary government to investigate these claims.

Robert Sirleaf, the reprobate son of Madam Ellen Johnson Sirleaf, who presided over the bankruptcy of the National Oil Company of Liberia (NOCAL) is parading in Africa, Europe and America in opulence without being questioned by the so-called mass of the people’s takeover of the republic. Amara Konneh, the former Minister of Finance who questionably presided over the USD13million the European Union gave to fight maternal and infant mortalities in Liberia in 2013/2014 is still being left untouched by the “revolutionary government”. Disgraced and corruption-prone former House Speaker Alex Tyler who sought refuge in the ruling party has been assured a perpetual safe haven. Elias Shoniyin, Deputy Minister of Foreign Affairs in both the Ellen and Weah’s regimes, who was indicted by the General Auditing Commission (GAC) for siphoning a Japanese grant during the regime of Ellen Johnson Sirleaf, now also enjoys the trust and confidence of President Weah.

While these parasites are not only enjoying their stolen wealth but also teaming up daily with the quote on quote “revolutionary forces”, the mass of the people who are purportedly the face of this sham revolution are still without the basic means of life. They are being crushed by inflation. They are being exterminated by unemployment. They wrestle daily with informal economic activities while members of the “Cartel” wine and dine with the so-called “Cartel destroyers”. On top of this, the new elites who were the heralded forerunners of the revolutionary process have occupied top public service positions in the Legislative and Executive Branches of government and taking home huge salaries and other benefits while the average mass of the people struggle for a daily meal.

A lawmaker in the National Legislature makes USD15, 000.00 monthly in a country where the people are the fourth poorest in the world according to the World Bank. A Minister in the President’s cabinet makes not less than USD$5, 000.00 plus other benefits in gas coupons, GSM prepaid cards, latest model SUV, etc. Also, foreign multinational corporations still have private ownership of the fundamental levers of the country’s economy. These companies do not only pollute the environments, exploit the labour of the Liberian working class, they also pay paltry sum from their surplus profits as taxes and rent to national government. Instead of prioritizing public sector investment in education, healthcare, energy, agriculture, tourism, etc., the crumbs from foreign monopoly capital are used by the national government to cater to the huge salaries and emoluments of the opportunists who exercise political authority in the rotten bureaucratic state. In the approved 2018/2019 fiscal budget, a total of USD310million is allocated to government’s wage bill out of a budget of USD570million!

Nothing has changed since the Weah government started to preside over the state. The more we change political leadership without exorcising the decayed socio-economic system with its rotten values the more things remain the same. The same actors are abusing the public trust. Unbridled corruption and the bad imitation of the values of the people who they democratically overthrew are displayed on a grandeur scale. In fact, the regime is not only a cartel but is fast becoming a hydra-headed monster that is sucking the people. It has betrayed the interest of the mass of people.

So it brings us to the conclusion that the argument from the semi-literate Eugene Fahngon is nothing but a reckless chest-beating spree that was meant to catch the votes and supports of a gullible and disillusioned mass of people. The emergence of the CDC was simply a scheme to continuously keep this cartel in power instead of smashing the Cartel’s State” and instituting the organized ruling class of the masses that would use the Cartel’s state structure to not only crush the resistance of the contending class but also place the productive forces of the economy under the management and control of the mass of people. Sequence of happenings on the home front indicates that the people are rapidly seeing through this political farce and will develop the revolutionary impetus to abolish it sooner or later.

The President’s convoy was booed by the mass of people on June 29, 2018 in the Red Light Market. The people’s views expressed in an interview conducted by KMTV Liberia with marketers in the Waterside Market demonstrate the indignation of the people towards the government that masquerades as a revolutionary takeover in Liberia. The people boycotted a well-publicized June 30, 2018’s Pro-day Celebration. The people boycott action indicated that it was baseless to celebrate while they are being crushed by inevitable poverty and economic deprivation with no progressive macroeconomic steps taken to ameliorate the crisis. This brings us to the conclusion that “An accumulation of quantitative changes, which may not at first appear to change the quality of a thing, can eventually utterly transform it. Quantitative changes in nature drive the transformation of one quality into another." Ben Curry

Moses Uneh Yahmia is a student of the University of Liberia. He studies Political Science and Economics major and minor respectively. Yahmia is a staunch member of the Movement for Social Democratic Alternative (MOSODA). He can be reached via [email protected] .