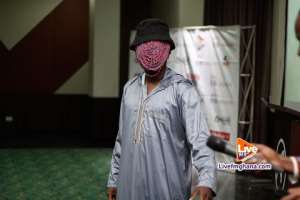 A couple of years ago, I wrote a piece entitled ‘Ghana Should Be Renamed Republic Of Corruption’. Those with sentimental thin skin, coupled with hypocrisy, were offended by just the title. Their basic reason was that I shouldn't be washing our dirty linen in public, besides the name calling. And as far as I am concerned, it was the most infantile alibi proffered by those I believe are the active perpetrators. Corruption is a mammoth worldwide problem. Even the premier Western countries are no exception. Global institutions such as U.N. is awash with corruption. The least said about FIFA the better. However, the corruption that goes on in the West and the aforementioned institutions, though unacceptable, are just irritants. They do not cripple the functioning of those societies and institutions though some may disagree. Sadly, in our case corruption is a cancer that has metastasize to every nook and cranny of the nation rendering our country, as an organism, into a vegetative existence. Its effects in our society cannot be quantified. They can only be measured in tears and blood.

Corruption assumed centre stage in the 70s when our economic prospects began to wobbling from the middle of the 60s. The Yom Kippur war in 1973, dealt it a fatal blow when oil prices shot to the roof. The resulting inflation destroyed the purchasing power of our currency, and it was unsettling for the country. Those on fixed income, whose wages were not able to rise as quickly as inflation was destroying the currency, resorted to taking bribe for government services. The most destructive were in the cocoa industry, which happened to be our biggest foreign exchange earner, and at the ports. The farmers became sitting ducks for the unscrupulous civil servants. The produce buying clerks used money allocated to them for purchasing cocoa beans as their piggy bank. Farmers will sell their cocoa to them and they were told there was no funds available. It became so blatant the government adopted the Akuafo cheque to counter it. At this point, the practice had become ingrained and the proverbial greed was setting in. The Akuafo cheque did nothing to stem the tide. The clerks had achieved the finesse of boldness and they were able to issue dud cheques. Some of the farmers had to travel very long distances to cash their cheques, and they were tossed like yoyo. There was one tragic case that a farmer shot and killed a clerk because of this chicanery which led to the death of his wife. This shameless abuse was what gave rise to farmers smuggling their cocoa to neighbouring Ivory Coast, besides the government also using the farmers as their cash cow. Yet, those who don’t know the history of this sordid past are quick to accuse the farmers who resorted to smuggling as a last resort to protect themselves against the government and the civil servants as unpatriotic, greedy, nation wrecker and what have you.

Now, the least said about custom officials at the ports the better. The armed forces, on the other hand, who were also experiencing the same hardships, but did not have the option of selling their services to the highest bidder had other methods. The daring ones took up arms and some of their superiors had to pay with their lives at the Teshie military range, including three former heads of state.

It appears no one took notice of 1979. It became just a blip on our political radar. And it was business as usual. From then on, corruption became the life blood of the nation. Practices such as over invoicing, massaging of payroll, which became popularly known as ghost names, was the order of the day for the top echelon. The saints or those with immaculate integrity became the pariahs. This deadly venom, that normally fester in anything that got to do with the government, gradually permeated to the private sector. Because the law and order branch of the government, the police and the judiciary, that was supposed to referee the game compromised their offices. Corruption illusion even entered the private sector. Measuring system for products were tampered with. Those who couldn't get close to the milking of mother Ghana started voting with their feet and left the country in droves. Even the so-called hero on the white horse supposedly to save Ghana from its terminal decline from corruption acquiesced with the bastardisation of I Corinthians 9:14 that ‘Obia didi wo nadwuma mu’

So, while the rest of the world was moving forward corruption was pulling us to the opposite direction. Everybody in the country knows this, however, because the cancer strikes at the root of our foundation we are at a lost on how to tackle it. Yet, we know that it is killing us softly and nobody has the balls to strike at the root. The1966 coup was a cry for help, 1972 was a whimper and 1979 was the big bang. The bottom line is we have tried everything. The shock and awe tactics, brutality and none seems to work. The perpetrators are becoming bolder, daring and sophisticated. Even when they are caught with their hands in the jar the courts are unable to deal with them properly, and they get off with technicalities. Most of the cases collapse because there is not enough evidence or the prosecutors are not able to prove their guilt beyond reasonable doubt. The judicial system has been rendered impotent in the face white collar crimes. Yet, someone steals a goat and the book is thrown at him.

The word helplessness is not adequate enough to capture how that disease is wrecking the country. So, when Anas surfaces with his tactics of name and shame it was a breath of fresh air. It was also an evidence of desperation. The fact is desperate times calls for desperate measures. Though a whole lot of people are against his methodology, for me, the fact that the recognition has dawn that we are sick and we have taken tentative steps to cure it, even if through underhand tactics, is a step in the right direction. I have never had any problems with those against the methodology of Anas, especially lawyers and those who happen to be at the receiving end of his investigations. The last person I expected to make noise about it was Kennedy Agyapong. Because I remember very well the relentless noise he made about corruption in the last government, especially, the brother of President Mahama, the former chairman of Cocobod, Dr Opuni and even Charlotte Osei, the EC chairperson. I honestly thought he was genuinely against corruption, but it appears he was against the people involved. For him to rant against Anas with those spurious allegations, makes me wonder weather his supposed love for Ghana is not just a charade.

Anas tactics is our last cry for help. When we lose this opportunity, it will be lost for a generation and we will continue to see the wrenching pain in our hospitals, the bad results in our schools, the bad roads and the brain drain which is also stifling our development.

Anybody who loves the country should jump on board to slain this monster called corruption once and for all. If you are against it then you are one of those who benefit from it and I can conveniently label you as an enemy of the state.