Microfinance Is The Major Transformational Tool In Ghana; Restoring & Preserving The Public Confidence Is Key 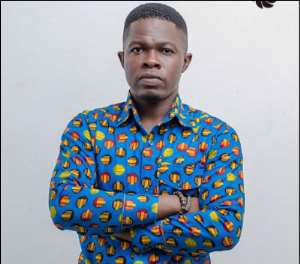 (The case study of the Micro-Creditors in Ghana)

Poverty has become an albatross for most countries and individual households especially in the developing countries like Ghana. Currently about more than one half of every 10 group of youthful people you meet in Ghana either are jobless and /or are school dropout because of availability job issues, access to business loans and poor homes.

Most people will say this has partly contributed to the recent insecurity issues in Ghana. Well, you can disagree but obviously there is some truth in it.

In this publication, I seek to justify partly why the Microcredit Service companies in Ghana can significantly contribute to the Ghanaian economy by creating ample jobs and improving the production levels in our informal sector if only the right thinking, policies and supporting systems such as an accessible capital market for Micro creditors are setup.

And most importantly, I will discuss the need for us, both the Operators and the Bank of Ghana to restore and preserve public and investors’ confidence in the microfinance industry, shifting away from faulty, erroneous and damaging public perceptions.

Bear with me, as a Startup operator and a concern citizen, I have my observations, reservations and experience to share with you and as much as we may disagree on some few, we will end up agreeing for the purpose of making our country the best place of doing business.

The objective of microfinance is not to provide credit for the poor to fight poverty alone, but also to create institutions that will deliver financial services to the poor who are ignored by the conventional commercial banks (Otero, 1999).

This suggests that micro- finance creates access to productive capital for the poor, which together with human capital, addressed through education and training, and social capital, achieved through local organization building, enables people to move out of poverty. By providing material capital to a poor person, their sense of dignity is strengthened and this can help to empower the person to participate in the economy and society (Otero, 1999).

Historic Milestones
Available evidence suggests that the first credit union in Africa was established in Northern Ghana in 1955 by Canadian Catholic missionaries. However, Susu, which is one of the microfinance schemes in Ghana, is thought to have originated from Nigeria and spread to Ghana in the early twentieth century.

Over the years, the microfinance sector has thrived and evolved into its current state, thanks to various financial sector policies and programmes undertaken by different governments since independence

The microcredit services (formerly money lending) is among the institutions created out of the Microfinance Tiers to deliver financial services to the neglected poor but they have not received much structural support to effectively achieve such goal.

The Microcrediors’ challenging gaps
Microcredit Association Ghana (MCAG), which is the supervisory umbrella of Bank of Ghana can boast of over 700 licensed micro creditors across the country with over 5000 employees, dedicated to help reduce poverty and unemployment levels through the provisions of micro loans for the unbanked informal sector, which the banks have neglected. It is also a high risk operating in such industry amidst the poor support system of funding and recovery.

Most Members of the MCAG undeniably, struggle to operate partly because of the access to affordable funds from the commercial banks or capital market. The banks are not willing to provide them with the needed capital to fund their lending portfolio and prospective individuals who can privately lend to them are gradually losing confidence in the entire Microfinance industry because of few unforgivable events the public had had with some Microfinances.

The Strength of the Informal Sector of Ghana’s Economy

It is now widely accepted that informal economic activities constitute a key source of income earnings as a means of survival for poor families, particularly women in under privileged households.

The informal economy of Ghana as in other Third World Countries consists of different components. Subsistence agriculture is the most important sector. It accounts for about 80% of the working population and nearly 90% of the women.

Petty trading in both locally produced commodities and imported consumer items is the second largest sector of the informal economy.

Trading is probably the most diversified of informal economic activities. It however, tends to be dominated by foodstuff and consumer items purchased by low income groups (i.e. the poor). The third important informal economic activity is in manufacturing and services. Manufacturing in the informal sector consists mainly of two components - traditional industrial activities such as blacksmith, basketry, which are based essentially on indigenous technology, and other light industrial activities that are operated by skills and acquired from the modern sector.

But the cost of running business and access to affordable funds among many others have contributed to the failure of potential start-ups, market vendors, manufacturers and producers in the informer sector.

Why Micro-Creditors are our Major Transformational Tool

Littlefield and Rosenberg (2004) argue that the poor are generally excluded from the financial services sector of the economy so MFIs have emerged to address this market failure.

By addressing this gap in the market in a financially sustainable manner, an MFI can become part of the formal financial system of a country and so can access capital markets to fund their lending portfolios, allowing them to dramatically increase the number of poor people they can reach (Otero, 1999).

The big question is have the MFI’s been able to access the right capital markets?

More recently, commentators such as the IMF (2005) have commented on the critical role of micro-credit in achieving the Millennium Development Goals (MDGs).

According to Littlefield et al (2003) , "micro-credit is a critical contextual factor with strong impact on the achievements of the MDGs.

Micro-credit is unique among development interventions: it can deliver social benefits on an ongoing, permanent basis and on a large scale".

The Hard Truth
The Microcredit service companies in Ghana has struggled in accessing the capital market to fund their lending portfolios because of their current structural defects, and the dying public confidence in the entire Micro-finance with respect to Investment(Deposits) repayments

You can disagree with me but that’s the truth; the current dispensation of the microfinance industry in Ghana has been marked by erroneous and faulty public perceptions with respect to investment or deposit credibility, yet still it has been the major transformational tool in the informal sector in the provision of financial empowerment and financial literacy with a knock-on effect of job creations and improved production levels of goods and services for the past decades in Ghana.

Apparently , we can’t say or conclude that all commercial banks are not credible in terms of how secure peoples savings or deposits may be, simply because we have had for the past years few banks collapsing or running away with people’s money, not forgetting the shocking collapse of UT bank and Capital Bank in 2017.

Why do we then want to do otherwise with the Microfinance industry?

Few out of many microfinances may have had issues with the public but that should not create a faulty and general perception which has the potential to kill investors’ confidence in this industry.

Why Can’t BoG be Questioned?
We can as well question how Bank of Ghana has operated for the past decades in the evaluation, monitoring and supervision of the credit risk management strategies of the microfinances in Ghana.

More importantly, we can as well ask intuitive and technical questions on how BoG has carried themselves in the management of information dissemination with respect to dealing with the bad nut in the industries.

This is because public has a very robust, sensitive and replicative way of absorbing and spreading bad news without fact checking.

The bare fact is that, one bad nut may create a negative knock-on effect for the entire industry and can kill public confidence hence collapse our industry if properly not managed.

But as usual, they will say they need to let the ‘bad nut’ out and nail them to the public but I will say, that is a myopic way of dealing with such issues simply because of the reasons I have expressed above among many others.

Don’t forget whenever the Corruption Perception Index (CPI) of the country goes bad , it directly affect investors participation on our capital market and hence affect businesses in Ghana.

Likewise, when we allow the Perception of the Microfinance industry to go bad, operators may be forced to fold up and businesses may begin to slow down.

Public Education Is Key
Unfortunately per my observation, this is one of the major aspect the communication directorate of the apex body of microfinance as well as microcredit associations have failed to do.

Apparently, they allow bad news to uncontrollably spread and create a damaging public perception about our industry and never seems to educate and create a conscious advocacy to dissolve such bad reports of few operators that must have showcased their inability to pay their depositors or investors.

Consistent public education on the significant role and operational rules of the microfinance operators will definitely create a natural tendency of high confidence in our industry hence boosting investors’ participation to increase funding to our Lending Portfolio. I will not be surprised to see a Microfinance Radio and Television purposely for this in the near future.

The Narrow Shift
Even though, microfinance disburse small amounts, if properly harnessed can have a knock-on effect and contribute significantly to the wellbeing of the poor. Microfinance can increase investment among the poor and empower them economically.

Currently, the focus of microfinance is no longer on credit for investment in micro enterprises. The attention of the entire microfinance community is on the diverse needs of clients, the broader financial ecosystem and the transformational nature of technology (World Bank Handbook on Microfinance, 2013).

Permit me to conclude this discussion with you in the final part of this paper in the 2nd episode of my writing.