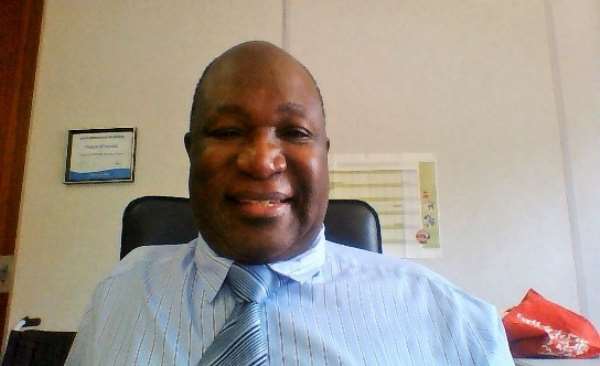 The Africa Disability Alliance (ADA) calls on African Governments to ratify the Protocol to the African Charter on Human and Peoples’ Rights on the Rights of Persons with Disabilities in Africa.

According to a press state issued on 8th February 2018 and signed by the communication Director of The Africa Disability Alliance (ADA) Ms Aida sarr, they congratulated the African Union (AU) Assembly of African Union Heads of States and Governments held from 28-29 January 2018 for adopting the Protocol to the African Charter on Human and Peoples’ Rights on the Rights of Persons with Disabilities in Africa (herein referred to as the Africa Disability Protocol (ADP) or Protocol).

The statement said “31 January 2018 will forever be engraved in the memory of the over 84 million African with disabilities, including older persons and their supporters. The Assembly, during its 30th summit in Addis Ababa, Ethiopia took a historic decision that a direct positive impact on the lives of persons with disabilities giving effect to ADA’s vision of ‘An African continent where people with disabilities enjoy their human rights”.

She said, the ADA recognises the AU and its agencies as key partners in ensuring fulfilment of human rights for people with disabilities in Africa. ADA has been collaborating with AU Commission’s Department of Social Affairs (DSA) in Addis Ababa, Ethiopia (where ADA has a regional office), African Commission on Human and People’s Rights (ACHPR) in Banjul, the Gambia and the Pan African Parliament (PAP) in Midrand, South Africa.

ADA has Observer Status with the ACHPR (the ADA Chief Executive Officer (CEO) MrKudakwashe “AK’ Dube is an expert member of the Working Group for Older Persons and Persons with Disabilities) and a Memorandum of Agreement (MOA) with PAP which enabled the organisation to play a pivotal role in the development and drafting the Protocol.

In a statement to mark the adoption of the Protocol, the CEO of ADA Mr K. Dube said:

‘This is a momentous occasion, a key milestone in a journey that started more than eight years ago. It is important to stress that the Protocol adds value to and is premised on the provisions of the UN Convention on the Rights of Persons with Disabilities.’

He went on to say:
‘ADA acknowledges the key role played by the African Union Commission, ACHPR, PAP, partners such as the Swedish Development Agency (Sida), European Union, Christoffel Blindenmission (CBM), Open Society Institute of Southern Africa (OSISA), Finnish Foreign Ministry, GiZ, USAID and African governments who, since 2008 provided much needed support at the various stages of developing the Protocol. We thank all organisations, academic institutions, DPOs, ADA Continental Member Organisations [1] and their leadership/management structures that provided invaluable inputs, proposals and launched various campaigns that resulted in the endorsement of the draft Protocol by the ACHPR, AU Special Technical Committees (STCs) and other stakeholders. We thank the media, ADA network of Journalists, and Network of Parliamentarians for the support and promotion of this Protocol and ADA’s work in general.’

Mr K. Dube urged all the fifty-five African countries to now ratify the Protocol in record time. He addition, he said:

‘Our message to current and future generations of children, youth, women, men with disabilities in their diversity is that let us appreciate the efforts, sacrifices and determination that went into the development and campaigns/programmes for the adoption of the Protocol. Use this instrument in the enforcement of your rights and ensure that all its articles are known and utilised by all persons with disabilities.’

The Africa Disability Alliance Participation in the Drafting of the Protocol

The adoption of the ADP is a product of advocacy efforts dating back to 2008. The initiative started with the Africa Disability Alliance (ADA), former Secretariat of the African Decade of Persons with Disabilities (SADPD), convening a roundtable in Cape Town in 2011, which resulted in a Communiqué raising issues of concern on the process undertaken by the African Union Commission on Human and Peoples’ Rights (ACHPR) through its Working Group of Older Persons and Persons with Disabilities in drafting an African Disability Protocol (ADP). This subsequently resulted in a successful advocacy strategy that lobbied the African Union (AU) to make the drafting process more inclusive and participatory.

Thus, ensuring that the African Commission in its process of developing the Protocol, ensured that the process was progressive, participatory and inclusive. The approach included the generation and utilization of knowledge on disability and human rights in Africa for the purposes of developing sector position papers and awareness-raising. Successful advocacy and lobbying work was undertaken through the years. Several roundtable consultation sessions were held with stakeholders, experts and disability human rights defenders across the African continent.

The African Commission on Human and People’s Rights at its 45th session in 2009 put in place a process towards promoting the rights of persons with disabilities. They established a Working Group on Older Persons and Persons with Disabilities to develop the initial and preliminary draft of the Disability Protocol. However, this process was not consultative. Disability experts and ADA’s mobilised stakeholders and successfully appealed for the process to be opened for wide consultations and for the Working Group to be made inclusive of disability experts. To inform the process, ADA produced a discussion report to guide the debate for and against the African Disability Protocol. It also argued why the provisions in an ADP must be consistent with the minimum standards set in the UN Convention on the Right of Persons with Disabilities. In November 2011, an inclusive ACHPR Working Group started the process of drafting the ADP.

The African Disability Protocol (ADP) builds on the rights enshrined in the United Nations Convention on the Rights of Persons with Disabilities and UN charter. The protocol has an African relevance, thrust and the adoption of the ADP is a major success the Africa Disability Alliance and its partners in spearheading and driving the rights of persons with disabilities in Africa. The protocol reflects a legal instrument from an African perspective.

Article 1 of the Protocol states the purpose as ‘---to promote, protect and ensure the full and equal enjoyment of all human and people’s rights by all persons with disabilities, and to ensure respect for their inherent dignity’.

ADA encourages all African countries to ratify and deposit the Protocol to the AUC in line with Articles 35-36. Without 15 countries adopting the Protocol, this law will not come into effect.

The Africa Disability Alliance is a technical agency that promotes the rights of persons with disabilities play meaningful roles at as full members of an inclusive society and who have important contributions to make to their families, communities, countries and internationally. This includes the requirement that People with Disabilities, as individuals and through their organizations, play a meaningful role in the implementation, monitoring, oversight, evaluation and enforcement of policy/legal instruments, policies and programmes that directly affect their lives.

In order to achieve the objectives of the Protocol, we appeal to our governments, development (cooperation) partners, the private sectors and funding/technical partners to support the Africa Disability Alliance (ADA) and all stakeholders to ensure ratification, adoption and implementation of the Protocol.