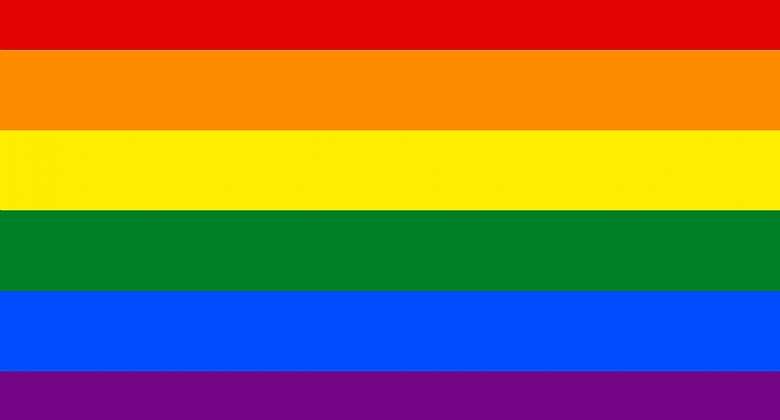 UNDERSTANDING HOMOSEXUALITY, THE BARE FACTS.
Before we start discussing homosexuality, let us get used to the following terms.

SEXUAL ORIENTATION. This refers to an individual's pattern of affectional, romantic or sexual attraction to the Same sex(Homosexuals), Opposite sex(Heterosexual) or Both sexes(Bisexual)

Heterosexual individuals are referred to as Straight.

Bisexual individuals are sometimes referred to as Bi.

LGB: short form for Lesbian, Gay and Bisexuals.
Asexual: Individuals who describe themselves as, attracted to neither sex

Gender Identity: Refers to a person's inner sense of being female, male, or another gender.

Transgender: Individuals whose genetic and anatomic sex may be male, female, but whose inner identity is of another gender

Transvestite: Individuals who derive sexual pleasure or comfort from dressing in the clothing of the opposite sex. This behavior is, often independent of the individual's sexual orientation.

In the closet: Denial of LGB to the outside world. (Close contacts, however, may know about it).

Coming Out: A process of self-acceptance and public disclosure of one's Homosexual orientation

PREVALENCE OF HOMOSEXUALITY:
Homosexuals exist within all ethnic, religious and socioeconomic groups.

Among the adult population, estimates for gay and lesbians range from 3-10%, with an even larger percentage being bisexual

ETIOLOGY, WHAT CAUSES HOMESEXUALITY? The answer is "NO DEFINITE CAUSE"

Being Homosexual is not a choice or a matter of "something gone wrong". Being homosexual or bisexual are normal forms of human bonding. (Up to 10% of humans, bond in this way.)

These stages are not so linear, (and they are affected by society and family norms) and have not been uniformly adopted

Sensitization: Homosexual kids, while growing up, begin to feel they are "different" from their peers of the same sex. This stage of sensing a difference is the first of the four stages of homosexual identity development, and occurs before puberty

Identity Confusion: Here in the adolescent's, sexual attraction toward members of the same sex begins, and none toward the opposite sex. There is identity confusion, inner turmoil and the individual develops coping mechanisms, including Denials and Avoidance.

Identity assumption: the individuals assume, they are gays and they may come out voluntarily, or may be discovered. They start to contact other lesbian and gay individuals, on the internet. These teenagers are at risk of rejection from peers and family members.

Commitment: the individuals accept their sexual orientation and they start to engage in intimate relationships.

DANGERS OF BEING HOMOSEXUAL.
When LGBs grow up in a region where there is total lack of knowledge and intolerance of homosexuality, stigmatization, rejection by family, friends and religious institutions predominates. The LGB youth, in a predictable way, becomes depressed. They may drop out of school, run away from home to start engaging in risky sex, using drugs and turning to street life and prostitution. In our society, worried parents may, initially, turn to men of God for counseling, God's intervention and deliverance. LGBs have been physically assaulted and they do suffer a lot of social prejudice.

A significant percentage of LGB youths, consider suicide to be their only choice. Approximately,30-40% of teenage LGB youths have, at least once, attempted suicide. A third of those teens who attempt suicide, do so within 1 year of identifying their homosexuality. Other problems include

STDs (sexually transmitted diseases):
Male adolescents are at risk for multiple infections, including

Frequent or vigorous intercourse, could lead to trauma and edema of the penis, as well.

HELPING LGBs. How can we help individuals, who, through no fault of theirs, have become homosexuals?

The answer is Education! Education! and Education.
Whether we like it or not, homosexuality is normal human behavior. No one chooses to be gay, LGB were born with that orientation. After all, 3-10% of all human beings are vulnerable.

Religion: Religious leaders are supposed to guide their congregations back to God. They are, however, driving LGBs away from God. They quickly, quote Judges 19: 1-30, Leviticus 18:22, Leviticus 20:13, and other biblical verses to condemn LGB. With our modern day understanding of LGB, we now know, God loves everyone unconditionally and we must accept LGB, as who they are. Enlightened religious leaders should welcome, openly gays, into their mist.

Political Leaders: Politicians have disowned LGBs, they have enacted laws against LGBs. Politicians must know that sexual orientation is not a matter of choice, and that LGB is a normal and healthy sexual development. LGBs are not criminals.

Family: The role of LGB family members is very important. Research has shown that, vulnerable adolescents who grew up in stigmatizing or risky environment, thrive when they are connected to safe and supportive families, friends and communities

ALL HANDS, ON DECK:
We must create a safe environment and supportive networks of family, peers, Teachers, Counselors, Clergy, Medical Doctors, and others, to buffer the often, hostile society in which LGB youth grow up.

Prominent members in the society, who are gay, should "Come Out"

QUESTIONS AND ANSWERS
Question: is LGB a mental disorder?
Answer: No, both Heterosexual and Homosexual behaviors are Normal. There are many individuals who find themselves somewhere in between being completely heterosexual and completely homosexual

Question: What causes one to be homosexual?
Answer: No particular factor/factors have been found to cause homosexuality. Up to 10% of the populace were born with it

Question: Is homosexuality a foreign culture?
Answer: No. Homosexuality has been with us, for a very long time. Because of social prejudice, lots of LGB cases were kept "in the closet"

Question: Is homosexuality a choice or determined at birth?

Answer: Most people experience little or no sense of choice about their sexual orientation. No one chooses to be gay. LGBs are part of God's wondrous creation, created to be just who they are, and completely loved and treasured by God.

In the future, as the society begins to realize that LGB is part of normal and healthy sexual orientation, more homosexuals would start Coming out

[Audio] 'Because of Mr Akudugu you want to destroy me, It wo...
39 minutes ago