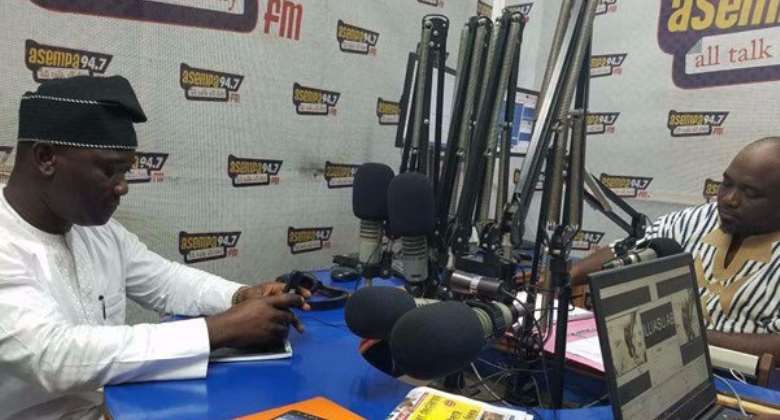 Mr Tampuli described the late broadcaster as a decorous man with a deep sense of professionalism.

As host of the popular late afternoon political show in the country, Ekosii Sen on Asempa FM, KABA, has hosted a number of high profile personalities across the political divide and has been described as neutral.

He has also interviewed other professionals, including lawyers and Chief Executives of private and state organisations.

Mr. Tampuli was one of the guests who appeared on his show to discuss some operations of the Authority.

One of the topics was the Cylinder Recirculation Model which is expected to be rolled out next year, as measures are taken to curtail gas explosions at some refill stations in the country.

In a post on his Facebook page, the NPA boss described KABA as a journalist who was always on top of issues.

“Myself and KABA on Friday 27th October in the studios of Asempa FM. His style of conducting interviews was particularly refreshing. He hosted me with utmost decorum and his line of questions showed clearly to me he had total control over the subject area. RIP my good friend.”

The late broadcaster left behind wife and a seven month old baby.