Urban #TB hotspots Cannot Be On Blindspot, If We Are To #endTB! 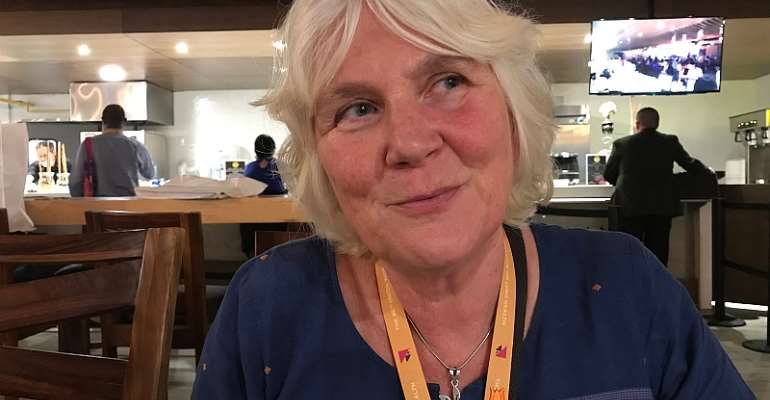 Our governments have committed to achieve the 17 Sustainable Development Goals (SDGs) by 2030 but without concerted action, the promises will barely remain a mirage. For instance, unless social influencers of tuberculosis (TB) get due attention from all different sectors that have a role to play, we cannot end TB.

Also with rapid urbanization, we need to address TB in the context of urban planning and development, that is rapidly and aggressively taking place globally. Although burden of TB varies across countries, but one trend is undeniably too common to miss: the alarming manner in which TB is concentrated in vulnerable populations not just in least developed and developing nations but also in the developed world.

Ethnic minorities, migrant groups, indigenous peoples, those with poor access to medical care, among others, are at at higher risk of TB everywhere globally. These populations often end up living in marginal urban neighborhoods with poor living conditions, overcrowding, economic inequality, social and gender inequities, unemployment and violence.

What adds fuel to the fire is the fragmented and fragile health systems, disjointed health and development programmes, and the failure to adapt TB care which is tailored to the unique needs of the most disadvantaged populations, such as ethnic minorities, women, children, migrant workers, injecting drug users, people living with HIV, elderly, among others.

Hopefully the forthcoming WHO Global Ministerial Conference: Ending TB in the SDG era: A multi-sectoral response, in Moscow, Russia (16-17 November 2017), will not miss this golden chance of engaging different health and non-health ministries and sectors, around urban TB, as well. A United Nations High Level Meeting on TB in 2018 could be another forum to bring world's attention on urban TB.

At the recently concluded 48th Union World Conference on Lung Health in Guadalajara, Mexico, a day-long workshop focussed on urban TB. It was organized by KNCV with support from Eli Lilly. The 'house full' sign outside the hall in which it was facilitated, indicated high level of interest among the delegates in urban TB. Hope lessons shared in this workshop ripple beyond and influence policy making and programming to address urban TB in countries globally.

Dr Netty Kamp, senior advisor in TB control for KNCV, shared with CNS (Citizen News Service) that "Ending TB is not only dependent upon medical care alone but also has everything to do with social determinants. The way forward to control TB is to take into account these social determinants and other sectors that can influence these social determinants. This is about urban TB and is more prominent because rapid urbanization is happening worldwide. In future we will live more in cities than in rural settings. TB will be more difficult to eradicate if we do not take into account the urban circumstances and context. That is the reason why we had put together this workshop to highlight the different components of urban TB control."

Urban TB, and not slum TB
Using a framework which was developed in the Americas with help from the Pan American Health Organization/ World Health Organization (PAHO/ WHO), the workshop highlighted several issues around addressing urban TB: identifying target groups in urban settings in local contexts, intersectoral work, health systems, private sector, social protection schemes, insurance schemes, among others. "When we say social protection we do not only mean incentives for TB but social protection beyond the health sector so that people are not as vulnerable when they get sick with TB as they are now. Also it can highly contribute to the reduction of patients' catastrophic costs. Intersectoral work has been proven to work already" shared Netty Kamp.

Mexico, where this world lung health conference was held, provides an example of making efforts to address TB in urban settings. This framework is being applied after being adapted to Mexican and local contexts in 30 cities. Epidemiological mapping has been done, different target groups were identified, a plan was developed to engage specific sectors and specific groups within those sectors. For example, prioritising working with factories where people are all together without much ventilation and without free time to go out for seeking healthcare. "There are different contexts and each cities can be different in each country. There are slums scattered all over the urban area and affects TB transmission between the slums and the rest of the population. So we cannot say that we are not affected. That is why we call it urban TB and not slum TB" reflected Dr Netty Kamp.

In south India, Chennai case study was shared with participants on how they involved the private sector while having an interface with the national TB programme in the country (formally called the Revised National TB Control Programme - RNTCP). Chennai model is based upon private-private collaboration. They are working with an interface with RNTCP but there is a need to network with a range of different type of private providers. Pharmacy is the most used first point of care which can refer the patient to the private sector which is engaged in TB control. This model shows it works in those settings. Private sector engagement was paid attention since the very beginning of the project and their concerns addressed. For instance, giving them access to proper diagnostic tools, technical updates and feedback and being able to keep their patients with interface NGO’s treatment support enhanced their collaboration. The project resulted in rapid increase in number of doctors, specialists and family doctors, engaged as a result of which the private sector notification of TB cases shot up. Using the right diagnostics and treatment yielded better treatment success rates.

Examples of addressing urban TB in African settings were also part of the workshop. Experiences from Nigeria focussed on improving quality of care in private sector. The argument that goes against private sector usually is 'the government national TB programme cannot work with private sector because they do not know their job'. But in several countries it is the private sector where TB patients first go to for seeking care. So not engaging private sector can be counter-productive in efforts to end TB! "This Lagos model in Nigeria showed we can do quality improvement in TB care but again there is a cost associated to it, as we have to get supervisors trained etc. This is replicable once it finishes in one and half years from now. Chennai model also will be available for replication by end of this year" said Dr Kamp.

"This was the first time when we could share a Latin American experience with the Urban TB framework of PAHO/ WHO with the rest of the world" remarked Dr Netty Kamp.

IF THERE IS A WAY TO DO IT BETTER, FIND IT!
These Edison's verses come to mind when we see the mountainous challenge urban TB presents in current context of urbanization, and the positive results of adapting and implementing this framework. But there is no doubt, best can be made better! Agrees Dr Netty Kamp: "We have to strengthen the framework as there are some weaknesses. Also with the experience of other countries like Nepal, Nigeria, Mexico, India, among others, there are lessons to be learnt to make this framework even more effective in addressing urban TB. Urban TB must be much higher on the agenda at all levels because that is where TB cases might be aggregating! It does not mean that we should stop working for rest of the country but we can focus on urban TB and factors that contribute to TB but are beyond the health sector."

The way forward for sustainable development is through a united and well-coordinated approach. Different health and non-health programmes need to find synergies and optimize resources to have the maximal impact. Hope that governments meeting next month in Moscow for WHO Global Ministerial Conference and UN High Level Meeting on TB next year, will find newer ways to synchronize different health and development programmes to not only end TB but also to enhance development outcomes.