Liberia’s Democracy In Plummet:  The Rogues VS the Riffraff 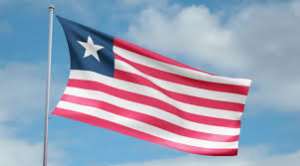 The gory clamoring of the elements of the rogue ruling Unity Party for a runoff and the disastrous trailing of the Party behind the riffraff Coalition for Democratic Change in the preliminary result announced by the criminal head of the National Elections Commission in Jerome Kokoyah is an indication of the fading and the sabbatical of hygiene in the government, and its gross insensitivity to address structural imbalances and solve social discards in the Republic.

Since the release of the preliminary result of the presidential election, looking at the trend of the result, the ruling Unity Party has since rescinded on its mantra of a first round victory and now back-pedaled, craving for a runoff that is yet in sight, against the fact that they had whooping six years to perform to woo the support of the masses, but they scandalously failed due to greed and the abject abandon of corruption.

Following twelfth years of rule, with lots of squandered opportunities, to use Vice President Joseph Nyumah Boakai’s description of the state of affairs in the homeland, the ponderous showing of the ruling Unity party in these elections is a tacit indication that the people are sick and tired of being used as historical objects. In all fairness, the result is an indictment of the rule of the ruling party that prides itself in the regurgitation of abstract deliverables with no bearing on the people.

Out of 15 counties, the Coalition for Democratic Change leads the ruling Unity Party in 11 of the counties, including the county of the Vice Standard Bearer of the Unity Party in Emmanuel Nuquay. After six years in handling the state, the party trails behind a Coalition of Democrat change that is bereft of ideas to transform this tiny war-torn country. The entire show is a scandal of an experiment of a democracy that is clouded with binding constraints.

The tyranny of the majority is in full swing in favor of the riffraff Coalition for Democratic Change, which claims to power is based not on firm ideological ground, structural blueprint to redeem the people, but to conduct a massive raid of the resources of the state, thereby turning the state into a theater where mediocrity will take center stage in an apocalyptic frenzy of zombie takeover.

The hierarchical lineup of the Coalition for Democratic Change is replete with conmen, rascals, al Capone and rogues simmering with blood-red eyes to engage in the industrial raid of the resources of the homeland, and to unleash on the people the Taylor’s agenda of brutality, perfidy and tyranny.

While the rank and file of the Coalition for Democratic Change are certain about Liberia’s glorious day under a CDC-led government, the demeanor, conduct, and past history of kingpins of the Coalition dashed their hope and thus consigned it as a weird dream. Given all these, the gamble is not worthwhile to take.

I can only say that the unfettered prioritization of a rogue party and a party of undesirables by the masses of the people is hampering Liberia’s path to a prosperous future. Unlike our Liberia, in other countries, especially as illiterate as some of their peasant masses are, they know what characteristics a leader should possess.

In a country where virtuous and decent character are crucified by the masses simply because they refused to participate in the industrial plundering of the state, while rogue elements and undesirable buccaneers are the benchmark for success in politics, one can only hope that there can be a Pauline conversion of the masses in the not too distant future, or we run the risk of being a laughingstock among the comity of nations.

About the author: Alfred P.B. Kiadii is a student of the University of Liberia studying Political Science with emphasis in Public Administration. He is the Director of Press and Propaganda of the Liberia National Students Union (LINSU). Furthermore, he can be contacted via [email protected] or +231888995870/775349651