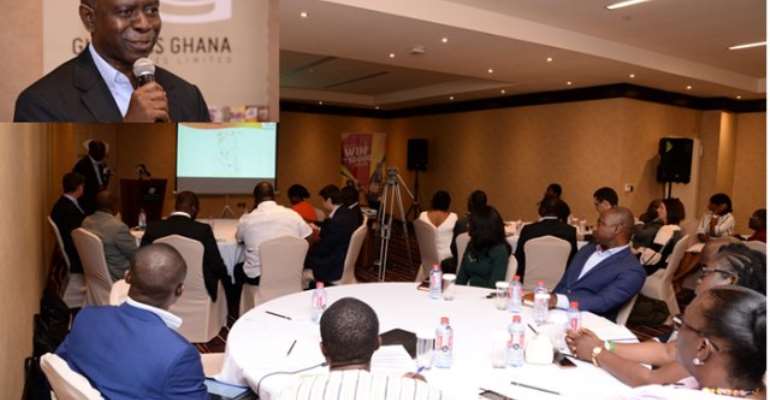 Guinness Ghana Breweries Limited (GGBL) has held a stakeholder’s workshop to showcase and assess the socio-economic impact of their Local Raw Material (LRM) sourcing initiative on the Ghanaian economy.

The stakeholder workshop is held bi-annually to review the impact of the company’s LRM agenda on government and the communities in which GGBL operates.

Together with their dependents, the initiative has impacted an estimated 175,000 lives over the last 3 years, representing a 138% increase in lives impacted from2013 – 2015. Other beneficiaries in the supply chain included hired labor, transport and other service providers among others.

Mr. Gavin Pike Managing Director of GGBL said, “Since 2012 GGBL has been at the forefront of championing the use of locally available raw materials in the production of our premium brands.

From a modest 12% LRM use in 2012, Guinness Ghana’s LRM usage has grown to 48%, impacted the lives of more than 25,000 farmers. He added “our target is to source 70% of local raw materials by 2020 which should have an incremental impact on the communities in which we operate. We can proudly say we are the largest users of local raw materials in the brewery industry in Ghana”

Dr. NurahGyiele, Minister of State in charge of Agriculture, who was keynote speaker said, “one of our ambitions as a government is to transform the lives of Ghanaians through sustainable job creation and we know that majority of our people are into farming albeit mostly subsistent. We also understand that to significantly transform the agriculture sector, there is so much more that can be done. We need our farmers to start thinking and moving towards commercial farming to ensure there is sustainable livelihood improvement. To make this happen, the appropriate policies must be developed and implemented. It is for this reason that the NPP government launched the Planting for Food and Jobs programme as well as the One District One Factory initiative”.

In October 2015, GGBL presented the progress made in developing the LRM supply chain to key stakeholders and shared the findings of a baseline socio-economic impact assessment undertaken by Deloitte-UK and the Bureau of Integrated Rural Development (BIRD) of the Kwame Nkrumah University of Science and Technology. This year’s study is a follow-up on the baseline study which focused on establishing the total number of stakeholders impacted throughout the LRM value chain and the total direct and indirect jobs created and livelihoods supported by the local raw material sourcing as well as its tax effect on the economy, among others.

Corporate Relations Director of GGBL, Mr. Gabriel Opoku-Asare said,“GGBLremains committed to our vision of generating long-term business value with locally and sustainably sourced raw materials which meet quality standards and have a positive impact on the communities and environment in which we operate”

Key stakeholders at the workshop included the Deputy Minister of Finance, officials from the Ministry of Finance, Ghana Revenue Authority and service providers in the LRM supply chain among others.