Bringing TB out of the shadows 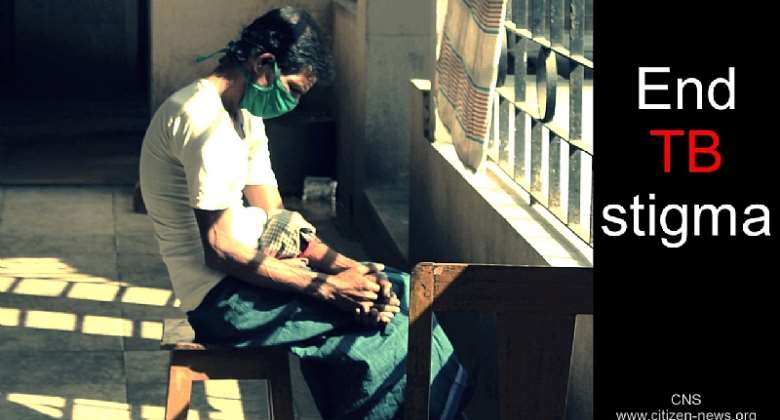 "Statistics do not effectively communicate the pain and suffering" he said at the recently held TB Free India Summit in Dharamshala, Himachal Pradesh in India.

When governments meet for the 70th World Health Assembly (WHA) later this month to set the agenda of the World Health Organization (WHO) as well as to elect a new WHO Director General, we do hope that resolve to end TB stigma and discrimination becomes steely as it is also one of the critical cogs of the wheel to #endTB.

Jose Luis Castro reminded us that there were instances where bodies of people who died of TB went unclaimed due to stigma and discrimination still thriving surreptitiously in our communities. With mental health being the central theme of World Health Day 2017, Jose’s spotlight on TB related shame helped put light on a dark (and less visible) issue.

Dr RK Baria, Himachal Pradesh State TB Officer shared that “TB patients, at times, are even disowned by their own families.”

"This is unacceptable" rightly said Castro. Not just Indian government but all other governments too have committed to the WHO End TB Strategy with full support in WHA 2014, ending catastrophic costs and ensuring "social protection, poverty alleviation and actions on other determinants of tuberculosis" are among the key set of promises vital to end TB. Social protection is also one of the promises made by governments as part of the Sustainable Development Goals or SDGs.

TB awareness is yet to reach everyone to dispel widely prevalent myths and misconceptions. TB information that empowers and enables a person to get care needs to become a norm.

"IS GETTING TB THE END OF MY LIFE?"

Ramesh Chand is a TB survivor who hails from Kangra - which was the venue of TB Free India Summit (Dharamshala, Kangra). Ramesh shared how mortally afraid he was when he first got diagnosed with TB a year back (25th April 2016). "I was in doubt if I will ever get cured", "if I did not get cured then where will I go?", "is getting TB the end of my life?", and such thoughts hounded him. He emphasized on the need of quality counselling and social support which helped him to become resolute for completing the treatment successfully and eventually get cured. Pankaj Kumar Singh, Senior Treatment Supervisor (STS) in Fatehpur, Kangra, played a key role in providing timely and effective counselling and guidance to Ramesh so that he can stand up to fight TB responsibly. Ramesh successfully finished his TB treatment and got cured. "I was a TB patient, now I am a healthy person!" rightly said Ramesh Chand.

Mumbai-based Rhea Lobo, an international award-winning filmmaker and journalist, who also happens to be a TB survivor, shared her own travails when she got diagnosed with TB. "I had to deal with another problem with TB as well: The stigma of TB. Only my close relatives knew that I had TB. They used to tell me that I should not share my TB status with others as what might people think of me and for rest of my life I will be known as a 'TB patient'. This is a major myth in India that people think TB can never go away and it is not curable. People told me that no one is going to marry me. People told me that I will not be able to have kids. Of course, I proved them all wrong. I am no longer known as a TB patient, I am a survivor. I am known as an International award-winning film-maker. I am known as a journalist. And I am known as a mother of two kids."

"SHE IS NOT GOING TO LIVE"!
TB survivor and patient advocate Deepti Chavan shared how she had to deal with some insensitive and ill-informed healthcare providers. "I was diagnosed with TB when I was 16 years. TB generally takes 6-8 months to get cured but it took me 6 years, 2 surgeries and my left lung was removed. I lived in Mumbai, I had access to best doctors, but each doctor I went to, gave up on me and like a typical Bollywood movie gave me '6 months to live and 1% chance of survival'. One doctor had the audacity to tell my father that 'you guys should not waste your resources and time on her as she is not going to live'. That's when I decided that no matter what doctors say I want the belief of my parents to win that yes their daughter can be cured of TB. I am cured and alive today." And more inspiring is the fact that Deepti is helping others to live, to struggle and win over TB.

Two Bollywood film stars too added their voice to combat TB stigma and raise awareness. Film star Sonu Sood said that “I was not [this much] aware about TB myself. Thanks so much for all the awareness.” And senior film star Suniel Shetty said that “"For us it was a lesson today on number of people that die per minute in this very country from a disease that can be treated and for which there is a cure. But still TB has whole lot of stigma..."

LOOK INSIDE: DO NOT NEGLECT TB RELATED SELF-STIGMA OR SHAME

In other rights-based work, it is well recognized that people often face unique self-issues, including intense self-stigma. Self-issues are a set of concerns that positively or negatively impact self-acceptance, self-perception, self-efficacy, self-esteem and self-confidence. Self-stigma often results when self-issues interact with external causes (such as discrimination or violence in family, school, social or work settings), resulting in depression, low self-esteem, anger and self-harm, even suicidal intent.

Self-stigma contributes to ‘bridging behaviours’ – such as substance abuse - that can jeopardize health seeking behaviour. Quality counselling especially the support provided by cured TB patients for example, helps in addressing self-stigma and also, dispels myths and misconceptions. Healthcare providers should spend more quality time on patient education and also engage networks of people who have experienced TB in their lives. "We need to encourage each other to love themselves, go to health services, and seek timely support" said Rahul.

If we are to end TB, we have to drive TB out of the shadows, end all forms of TB related stigma and discrimination, and reach out to every person who needs TB services, support and care.