To Suggest That Mr. Ibrahim Mahama Should Be Prosecuted - Let Alone Jailed - Is Epitome Of Blatant Ignorance! Part-1 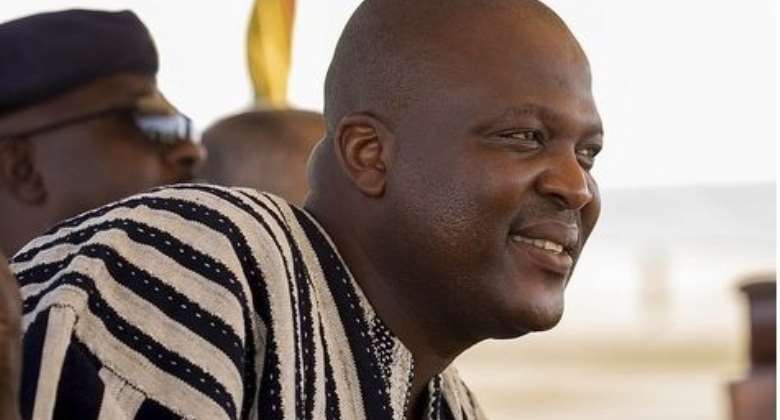 There is general belief among citizens of all nations, with myself including; that anybody who fails to fulfill his tax obligations should be tried in court of law, convicted and later sentenced to jail term. But that perception is the last resolve of tax officials to coerce tax 'evaders' to pay their taxes

That, the Spanish football giant players could be dealt, without fear or favour tells you how seriously taxes are considered to be major contributor to every country's GDP, be it developing or developed. I remember, early 80s, during Rawlings's Revolution, some Ghanaians were prosecuted for tax evasion. In essence taxes are considered to be crucial for every country's revenue generation source hence the ethos 'tax-payers money'

But there is vast difference between defrauding the state of tax responsibilities and another is not paying taxes on time. The Catalan trio deliberately declared less than they had really earned through fictitious expenditures and companies abroad in their annual declaration before the Spanish tax authority which resulted in lesser tax payments. That was why they were punished even though they paid their taxes on time. How could the players think they got away with it, when there was documentary evidence detailing every penny ranging from salaries, bonuses, allowances and endorsement fees paid to them? Hacienda which my friend dubbed as 'witches and wizards' of developed countries hunted ( pardon the pun) them based on sophiscated national data system

Some of us were 'kids' during 80s for that much do not have before hand why those prosecuted in relation to tax evasion during the days of revolution but if we will have to use as standard-bearer of what is generally regarded as being tantamount to be prosecuted for or ending up in jail for tax evasion, what Cules, l mean; Barcelona players did isn't the same as what business mogul, lbrahim Mahama, the brother to the former president of Ghana, John Mahama has done. His is not paying on time

The question on my mind is whether the apparent 'defrauded taxes' were traced by computer savvy forensic experts from EOCO, was there any sophiscated computer data software which acted as a caveat or rather there was deliberate attempt on part of Ghana Revenue Authority to cover up, wasn't the impending taxes to be paid by Mr. Mahama 'al morder,' to wit, at the glaring eyes of the tax officials be them old or ones from the new NPP government? In sum, l conclude that, the heaped unpaid tax bills (the cheques) are what the State needs as evidence that Mr. Mahama is owing Ghana

Even as Dr. Michael Bokor, wrote to shore up his support for seemingly beleaguered busineesman, Bokor in his usual prolific opinion piece hinted that the cheques were post-dated (a date for the cheque to be cashed other than the date of issuance of it) instead of dud cheque (bounced immediately on the date the cheque is to be cashed). Even if the cheques were dud ones, was there any case for prosecution?

Needless to say that, the whole saga of Mr. Ibrahim "defrauding" state was ignited and stoked by Kennedy Ohene Agyapong, the NPP MP of Assin Central. He would dign, threaten to poison himself should Mr. Mahama wasn't jailed. If we should dismiss Hon. Ken as pathologically tempestuous soul prone to outburst and tirades known for his usual vituperations on national political terrain. What about those who are supposed to know better, I mean, lots like of Mr. Abdul Kweku Baako, Bentil, Fadi Daboussi and Maurice Ampaw who towed the same line as the MP?

What baffles me the most is Mr. Bentil, a Lawyer and the vice-president of IMANI Ghana persistent condemnation of the former president's brother despite Lawyer George Loh, former MP of North Dayie constituency in the Volta Region, attempted to ward off the IMANI vice-president, intimated that he (Loh) even won a case in our courts with issue of the nature under discussion on the JoyFM Newsfiles programme which he was part of. But Lawyer Bentil was adamant, saying that it was just a prima facie case

What is prima facie about this case? The suggestion is prejudicial and exaggeration based on sheer lack of knowledge on business matters. And those damning the CEO of Engineers and Planners would have made a little bit of research on this matter before coming to public domain to give their views. Failure to do so, has not only damaged their credibilities but their reputation too

What has become as "dud cheque" is a simple tale of what we call in the world of business as 'bank owning our monies.' That is to say a businessman depends largely on bank loans in daily business transactions. For example many real estate businessmen in Ghana depend on bank credits to build the houses and making deposits after selling the houses into bank accounts to pay for what they borrow

Myself as a businessman in Europe, l had issued several such cheques knowing very well l never had a dime in my account on which the cheques were drawn with the hope that my bank paying the beneficiaries of those cheques and later on billing the amount involved as a credit against me

Now banks as establishments have their own rules and regulations, in that a stage is reached and the bank says "we have given you a lot, close the gap before we give you enough." Lawyer Loh's explanation is perfectly in line with what l surmise has culminated 44 dud cheques issued by Mr. Mahama

When l take proportional part of bill as VAT from my clients after service rendered, l don't immediately pay the tax to the state, l have to wait until my annual tax declaration before. If it turns out that l use that tax in other businesses, then l reach agreement with the revenue service to pay in installments

That is just a small-scale businessman in foreign land for you! Not to talk about business tycoon like Mr. Mahama operating in his home country. Despite having read statement purportedly to have been issued by GRA with respect of 44 cheques. The statement sought to explain that 44 cheques were amassed because Mr. Ibrahim kept changing accounts

That statement sounds more like propaganda to me by Mahama detractors. If indeed Mr. Ibrahim kept closing the accounts on which the cheques were drawn, why the GRA kept receiving them? The fact that Ghana Revenue Authority kept accepting the cheques made me to deduce that, there was arrangements between Mr. Mahama and GRA. Am tempted to state that the arrangement could date back in the past as well where Mr. Mahama bought time and paid the taxes with demurrage at later stage

Also categorically, am of the view that other top Ghanaian businessmen including those in NPP circles would have benefited this kind of 'unholy" tax obligation fulfillment arrangements between state institutions and those in the private sector. I expect NPP administration to conduct a thorough investigation into this matter as to ascertain the economic status of Engineers & Planners as to anticipate any possible "bail-out" - if NPP pre-electioneering campaign promise of energizing the private sector is anything to go by - as another report is out there that the company has been sued by SSNIT on default of workers contributions payment

Now, those calling for persecution of Mr. Ibrahim and tax officials seemed to be blinded by partisan politics induced by demagoguery, stereotyping and bigotry. If Mr. Mahama should be indicted and he showed up in court with previous receipts of how he honoured such arrangements in the past with GRA, the case against him will fall apart like Elephants of Somatra making floppers as they sit down to rest after a busy but frustrated day. Mr. Bentil, Fadi Daboussi, Hon. Ken and Lawyer Ampaw who are calling for his prosecution need to know

When Bill Richardson was dismissed from Obama's Administration for not paying taxes on time, he was dismissed on moral and ethical grounds. l welcome constructive criticism aimed 'politically' at all citizens to encourage them to pay their taxes on time. Sometimes, we confuse what is morally wrong with "legally" wrong--l mean, had Mr. Ibrahim paid his taxes on time, the brouhaha wouldn't have cropped up