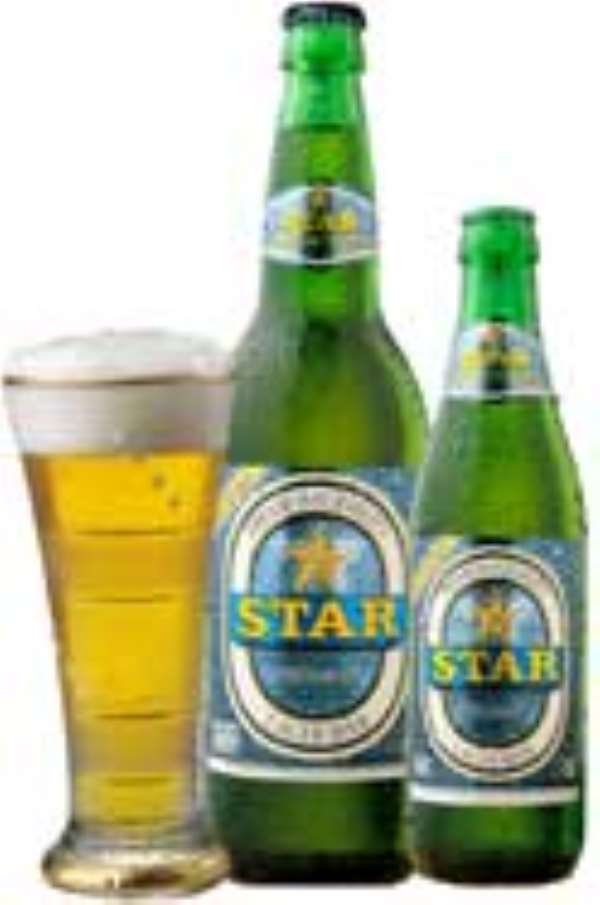 Given that the population of Ghana is 20 million, it means that statistically, every person—old, young, male, female—drank at least four bottles of beer and about eight bottles of stout.

In Ghana, the pattern of beer consumption, according to industry sources, fall under two broad categories. Beer is drank by people whose habit it is to drink at least one bottle every day.

These are people who say, they are winding down after a hard day's work. They may drink at home or at a drinking bar on their way home from work. Matthew, a graphic designer, says he has no specific reason for drinking beer. “ I drink beer for the fun of it. It has become part of me so I always down a bottle or two after work and I enjoy doing it. After a hard day's work it is only fair to cool down with chilled beer.”

In the second category, beer is drank during events such as funerals, meetings, launches, parties and such social gatherings.

Annually, the world consumes over 100 billion litres of beer. Reports show that this value is on the rise due to an increased amount of under-aged drinkers and an increasing variety of beers.

This alcohol intake has been known to contribute to the high rate of death through accidents by drunk drivers. Women also cause their babies to be born with birth defects by drinking without caution during the gestation period. Even though beer only contains around 5% alcohol, it still takes its effects on a developing foetus.

Ironically, in places like the Czech Republic, the beer industry has teamed up with doctors to launch an extensive marketing campaign touting beer's alleged health benefits: insisting it can stop the onset of a range of conditions from osteoporosis to cardiovascular disease, skin conditions and gynaecological problems.

When it comes to beer, America is the greatest consumer, for people there ingest around 23 billion litres annually. Germans remain the heaviest beer drinkers in Europe with only the Czechs and Irish downing more.

Of all the carbonated beverages people enjoy drinking today, beer is the oldest and most familiar. Its ingredients-water, barley, yeast, grains and hops, bear no resemblance to the finished product. Its alcoholic content comes from the process of fermentation, which converts the simple sugars (carbohydrates) in the grains and barley into alcohol.

Beer has likely been a part of society since human civilisation first arose. The bubbly, frothy and nose-tickling drink has been brewed for thousands of years. The most primitive beers were brewed in Ancient Egypt, Greece, and China.