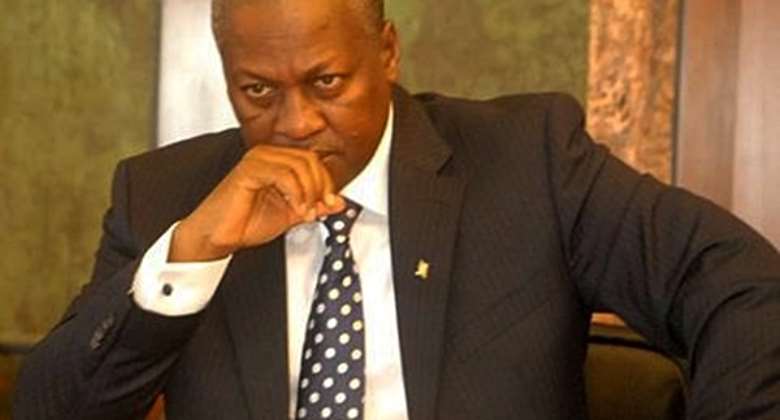 The Commission on Human Rights and Administrative Justice (CHRAJ), has asked the youth wing of the Convention Peoples Party (CPP), to furnish it with more evidence in the petition against President John Dramani Mahama, over his acceptance of a Ford Expedition ‘gift’, which they allege constitute conflict of interest.

The party's youth wing petitioned CHRAJ to have the President investigated for receiving a $100, 000 ford car from a Burkinabe contractor, Djibril Kanazoe, who is said to have benefited from some lucrative contracts from government.

A letter signed by Ayamdoo Charles, Director in charge of Anti-Corruption at CHRAJ and cited by citifmonline.com, said the party must clarify the capacity in which the complaint was made.

It also asked the party to furnish it with better and further particulars apart from the claims based on reports circulated in the media.

The party has also been asked to provide such information by July 20, 2016.

Background
The youth of the CPP on July 20, 2016, petitioned CHRAJ to probe President Mahama's acceptance of the Ford Expedition gift from the contractor, Djibril Kanazoe .

The party's youth wing argues that, the circumstances surrounding the gift and the acceptance of it by President Mahama, contravened the 1992 constitution.

The Burkinabe in question, Djibril Kanazoe, has been accused of 'bribing' President John Mahama with the expensive vehicle in an attempt to win a contract to execute a road construction project.

He admitted giving President Mahama a 2010 Ford Expedition vehicle as a gift when he was Vice President in 2012, for which the President called to thank him.

They are currently undergoing internal disciplinary procedures. They were suspended following their comments about the Ford Expedition gift saga, which the party viewed as a contradiction to the Flagbearer’s position on the matter.

In the view of the party, the two disrespected the Flagbearer Ivor Greenstreet by their comment.