Risarp's Folder: A Letter To All Media Persons 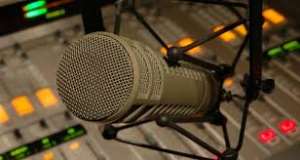 Dear Media Persons,
In contemporary Ghana, it is no news to see a lizard being chased by a cat but it is a big news when the opposite happens. What is the big deal with a person bred and buttered in northern region riding a motor bike? Or just because he is a president he shouldn't ride a motor bike?is it a taboo?

Does this issue deserve the discussion it is taken on media platforms this early Monday morning? I am not a journalist, but as somebody who wish and fancy to be a journalist one day, it saddens me when i hear issues of no importance giving more attention than those of national merits.

Practically, the core objective of very journalist is to "educate, inform and entertain" but it seems to me, in today's journalism, most practitioners have thrown away these core virtues of the Nobel profession.

Elsewhere in the world, Vladimir Puttin of Russia was seen bare chested ridding on a horse at the beach and it wasn't any news. President obama have on several occasions seen in America riding on bicycles and it wasn't treated as a big news....just last week, Queen Elizabeth was spotted in London in a huge traffic jam that delayed her from attending to an event commemorating her birthday and it was a news to anybody....so why should Ghanaiansled by the media presenting Prez. Mahama's riding of a bike as an event that can't happen on earth all?In any case, if you want to discuss issues of the recent flood in Accra, to me, linking it with the president's motor riding in the city isn't catchy and unimportant.

Yes he is the president and flood hastaken over the city of government and so its worth discussing it but the link with the motor riding sets to derid the importance of the effects of the flood as most of the time used on thinking about the president riding could be used to sell a knowledge to the ordinary Ghanaian. With this, one can say journalism is indeed educating the masses and it shall be accorded the highest respectit deserves.Journalism is Ghana is dying and the people in it can only be held responsible.

To give as a gist, just last Saturday, travellers at the arrival hall of the Kotoka International Airport was caught in almost an hour Dumsor. This issues is a disgrace to the country and its people as the travellers were not only Ghanaians but other nationals were present too.

The message they May carry to their respective countries Will not speak well of us a nation.

I am surprised none of the media stations I have monitored this morning have not give a cough of this issue but the needless ones.

We ought to be serious for once.
Ghana is ours and we must build it on issues but not tissues.