The EC Is On Track, Ghana! 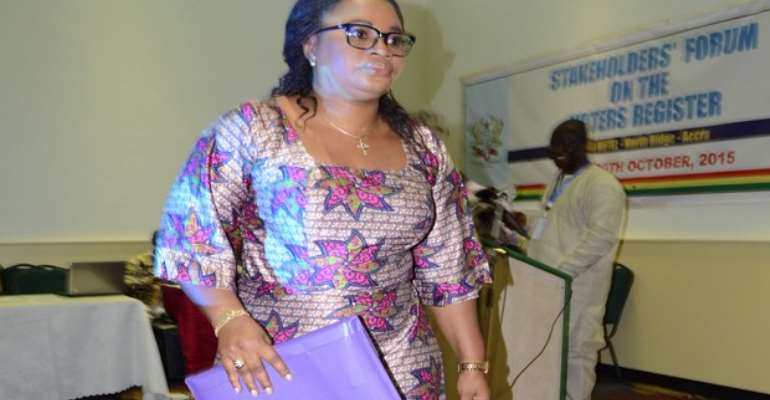 The Electoral Commission of Ghana is autonomous for our common good; let us appreciate and respect that. In its wisdom the IPAC (Inter-Party Advisory Committee) is formed to assist in its work. Any party which would not abide by the concesus reached at IPAC meetings, has to do some homework with its understanding of "majority carries the vote". No one party, no matter its size can highjack the electoral process and still describe itself as democratic enough for a democratic governance.

The latest misunderstanding of the response to the directive of the Supreme Court about NHIS card users for voter registration is unfortunate because the demands on the EC will unfairly cost the nation in both time and money. Noting that all it takes is for two registered voters to attest to validate a controversial candidate, let us be reasonable with our demands on the EC.

For example if the Supreme Court decides that the once-acceptable NHIS-ID card can no longer be acceptable, so voters who used it have to show another ID to be validated, let us remember that the two-attestor validation is still applicable here.

Since the Supreme Court respects the EC's autonomy, it did not dictate the timelines beyond "immediately", for the deletion-and-replacement order to the EC. If the EC therefore starts preparing the list of the affected voters for their deletion/re-registration during the exhibition of the voters' register, it would be on course and the most cost-effective arrangement.

If it is the understanding that election of representatives is the beginning rather than the end of democracy, then spending too much in time and money for an election at the expense of the subsequent complex governance, is not the best policy, so let us be careful with agitations during this milestone 2016 election.

Perfection is idealistic, especially with election; so let us not demand too much from the EC and the foreign donors when a reasonable understanding would do. For example when Ghana was pushed to move from black-and-white to colored ID picture in 2000, it was revererted to black-and-white in 2004, and it did not adversely affect the election. Also it is noteworthy that a foreigner can officially acquire a driving licence in Ghana; because of this should voters who used driver's licence to register must be deleted too alongside the NHIS card users?

Well, obviously it looks great to follow the law to the letter, but at times the law applies common sense to arrive at its acceptable decisions. Would the President of the nation need his ID before permitted to vote? Maybe yes, but what about for evacuation from a disaster area? Anyway, all said and done, the EC is on track so let us all be on track and collaborate for a successful 2016 Elections.