Mr. President, Why Must I Vote? Where Is My Share Of The National Cake? 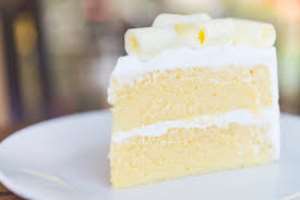 Mr President, for the past couple of weeks, my taps have seen no running water. For a mother, that can be described as a nightmare. Water is supposed to be the cheapest, and most easily or readily accessible commodity; so they claim. In our part of the world, this is an illusion. Availability of water, and its accessibility, is only through floods. Inconsistency in supply of water is a major concern. This is a problem confronting several people in this country, and currently, on a frequency, in Sekondi-Takoradi. My tap flows twice a month, one, of which has assuredly, been programmed to be a day before the water bill is sent.

Like the few optimist, the recent improvement in power supply could be described as a glimpse of hope. Sadly however, we can attest to the fact that this hope has vanquished; a phenomenon associated with development in this country! A virtual development! That nothing is permanent.

These are but the genesis of my lamentations, Mr. President, and have led me to question the reason, if any, why I should vote in any form of political elections in this country.

For someone living in the Sekondi-Takoradi metropolis, and on a more personal level, I am yet to identify how the exercise of my electoral rights has been beneficial to me, since that has always been the theme of our elections: ‘Consider your living conditions, and vote right.’ Very well then Mr. President, considering my current living conditions, I see no need in exercising this right. I rather see it as a complete waste of time and energy that I leave home, travel perhaps, join a long queue, to vote for no reason.

I know that some people might argue that it’s for the public good; the national interest but again, the argument is, who makes up the public? I constitute the public. Why then must I vote for a system that will fail me?

Mr. President, for someone living within the Sekondi-Takoradi metropolis, I am yet to catch a glimpse of my so-called fair share of the national cake. Where is my national cake Mr. President?

I work in a highly privatized sector. I do not enjoy any form of health capitation. I pay for healthcare outright. In terms of transportation, there is nothing to talk about. My routes have remained the same, and have seen no change or upgrade; I pry the very same roads that have existed for years. When it comes to our public transportation, we are all aware of the consequence of the frequent hikes in fuel prices; automatic adjustment. Someone might argue that the hinterlands have received good feeder roads, the benefit thereof would be in terms of food supply but again, I have seen no boost in food production, nor enjoyed any resultant decrease in their prices thereof. I am spending more and more on food! Why then must I vote?

I am an ordinary Ghanaian, Mr. President, and my problems are ordinary. They are mundane issues and challenges, confronting most of us in this precious country of ours. Why then must we continue voting, if things will forever remain the same? Where is my fair share of the national cake?

I need access to potable and regular supply of water. I believe it is under false pretenses, and rather criminal, that I do not have access to water supply, and yet receive water bills on a regular basis, in a timely manner, and most importantly, at a constant rate! My water does not flow, and yet, my consumption remains the same as when it did! I buy electricity, and yet denied usage; the dumsor phenomenon still persists! Where i s my share of the national cake?

I have a resolution for this upcoming election; that I receive my fair share of the national cake. I know some people might not share my sentiments, but I believe the ordinary citizen would be the judge. Others might be reaping or enjoying their so-called fair share of the national cake in the form of misappropriations, fraud, theft, corruption, houses, cars, foodstuffs, paid vacations, jobs, to mention but a few. For these, my complaint will sound whimsical, but that is my reality.

For the willing and able men and women roaming our streets in dire need of employment, for the children roaming the streets in our towns and villages due to unavailability of educational infrastructure, for the thousands of lives that are lost each day due to poor healthcare delivery, for the thousand more who go hungry and homeless on our streets, for all the lost dreams, and for the lives lost, this is our plea. We are waiting on our fair share of the national cake.

For a fact Mr. President, I am waiting on my fair share of the national cake.