Who Them Will Fight Corruptions? Public Works Bosses Case Senario… 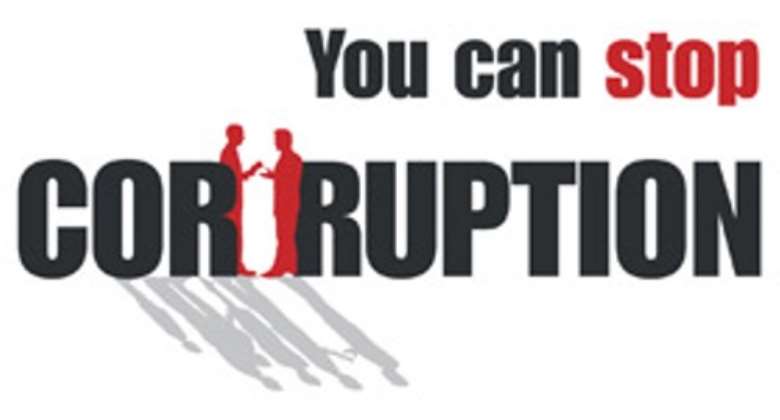 Interestingly , the new corps of appointees at the Liberian Ministry of Public works has and continues to come under constant criticism in some circles with the perceive perception that particularly the Minister Judy Moore and his Deputy for Administration Roland Giddings are corrupt!

Under this current regime Liberians from all walks of life has indicated that the Unity party led government only play lip services on the issues that are corruptions related and nothing tangible has ever been done to curtail these act of corruptions!

Putting on my journalistic lenses and retrospecting into the attributes of the persons of these two gentlemen mentioned above I can safely say here that the both of them almost possessed similar characteristic when it comes to their working habits!

As a Liberian broadcast journalist who is very critical in my analysis in whatever that has to do with mama Liberia for those of you who follow my reportage both in the print and electronic media since I return to our mother land almost six years plus running!

I’ve despite my human nature never compromised my professional career for any politician or group of politicians let alone political party or parties ingoing below the belt to suit the taste of the power that be!

Back to the issue in discussion that has to do with the Public Works ministry officials precisely the Minister and his deputy for Administration these gentlemen I have carefully follow their activities from the office of the President when the two of them were operating on the Presidential special task force.

I vividly recalled on their paper works that today got the street of the Country’s Capital to have traffic lights after many years of absence due to the madness the Country Liberia went through for a decade plus!

Basically, Minister Giddings is optimistic and professional individual who enjoys working as a team member in achieving establishing goals. He’s a quick learner and strong in developing innovative solution for solving problem as evidence by his what he doing with the Liberian Association Chinese Trained Scholars (LACTS).

The pair was able to design strategies including people affected by these road rehabilitation to directly benefit from the repatriation scheme put in place by the government of Liberia alongside her foreign partners in Liberia’s reconstruction drive!

My assessments also revealed that the pair was able to discover employees who connived with outsiders to dupe government of monies intended to benefit those whose houses were in the ways of the new road construction especially in the rural parts of the Country!

Information available to this writer indicates that due to the massive corrupt activities at some of these departments within the ministry responsible to execute these projects were sacked after thorough investigation which led these employees been found guilty of the act!

Did Liberians, ever thought that with the perception of young Liberians that when given the opportunities to serve they rather abuse said privileges’ and become arrogant because they are only answerable to the appointing power that these gentlemen would have done the opposite in tern of transformation and deliverable?

My information is that the President of the Republic Madam Sirleaf in her word was not too sure and was taking risk of these two gentlemen taking over such big tasks at the Ministry from the back drop of deliveries but to her utmost surprised the two honorable gentlemen prove to her that they are up and to the task!

I am of the opinion, that since these honorable gentlemen joined the office of the President with their administrative and management backgrounds which resulted to the deliverables in tern of projects written and undertaken by them which are visible in and around Monrovia today Liberians must show appreciation!

I am pretty much aware of the Pull Him Down (PHD) syndrome in Liberia wherein many Liberians as long it is not them it should and must not be anyone despite the so-called killing spree that befall this Nation with the expectation that Liberians could’ve learn but the hearts of most Liberians are so harden far from the realities!

Unfortunately, retributions, character assignation and visible hatred are now the order of the day no matter your status in the Liberian Society! Only God can help transform the minds of Liberians as these ugly vices continues to permeate the Society and are now considered the normal ways of live!