Achievements Of The “Incompetent” President 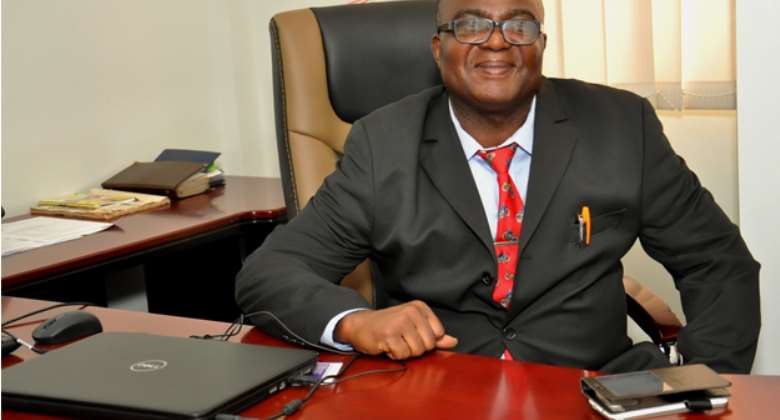 Dr. Bawumia and a host of NPP officials have recently resorted to negative and insulting language in their references to President Mahama as their main political message to Ghanaians going into election 2016. They have particularly found refuge and satisfaction in referring to President Mahama as incompetent and corrupt without offering any solid basis for such negative references.

In the process they rather come across as frustrated and insincere politicians who have no alternative message for Ghanaians except for insults that seek to denigrate the very political office they seek to occupy. The appropriate way to interrogate the NPP’s reference to President Mahama as “incompetent” is to make a list of some of his achievements and then leave Ghanaians to draw the conclusion as to whether he is incompetent or not.

In the Road and Highway sector for instance Ghana has seen massive roads and highways construction across all of Ghana during President Mahama’s short period as president and during his tenure as vice President. In this regard, one can mention roads such as the Fufulso Sawla road (147km) in the Northern part of Ghana, the Eastern corridor road that cuts across the Volta Region, the Agona Nkwanta to Elubo Road in the Western Region, construction of significant portions of the Accra to Kumasi Road, construction of major components of the gang four roads in Accra (ie Tetteh Quashie to Adenta Highway, Achimota to Ofankor Highway etc which were just at 20% construction stage when the NDC took over government in 2009, the Sofoline Interchange in Kumasi which was at 20% construction stage when the NDC and President Mahama entered government and is at around 90% complete currently.The numerous new roads in Kumasi and the Ashanti Region which have been constructed during President Mahama’s era also deserve mentioning.

In Accra, one can visibly see the springing up of new highways constructed by the “incompetent” President’s Government such as the fantastic and high tech Kwame Nkrumah Circle Interchange, the Burma Camp/Giffard Road Highway that has transformed La and its environs, the numerous new roads that have been constructed in various neighbourhoods in Accra at East Legon, Dansoman, Teshie, Awoshie etc. not forgetting the modern interchange under costruction at Kasoa. This is just a list of some of the road Projects that have been undertaken or are under construction under the “Incompetent” President. For the first time in Ghana a massive street naming exercise has been undertaken by the “Incompetent” President across the length and breadth of Ghana which would undoubtedly greatly benefit Ghanaians.

In the health sector, President Mahama is leaving a legacy of major infrastructural projects that would undoubtedly enhance the health status of Ghanaians in many years to come. Mention can be made of the massive and modern Ridge Hospital that is springing up, the massive and modern Police Hospital under construction, the modern teaching hospital under construction at The University of Ghana Legon, the modern hospital at Bekwai, and numerous other health facilities across Ghana being constructed during the “Incompetent” President’s era to name a few.

With regard to National Health Insurance Scheme (NHIS) the false impression being created that the scheme has collapsed is not supported by the reality that the number of Ghanaians on the scheme has increased in greater numbers during the era of Mahama, and also the fact that the NHIS has witnessed better administrative structures and management during his era. For example claims management of NHIS is now much better than before. Conditions of service of doctors previously non-existent have been put in place during his era albeit through labour agitations and as a result of his accommodating style of governance.

In the Energy Sector, despite the prolonged period of dumsor that he has had to grapple with, the “Incompetent” President has chalked landmark success. President Mahama’s era has witnessed the establishment of massive gas infrastructure at Atuabo, Western Region that has ushered Ghana into an era of energy diversification not before witnessed in Ghana. The billion dollar gas plant established by the “incompetent” President wholly owned by Ghanaians, is projected to save the country an estimated USD$500Million annually in fuel purchases for power plants in Ghana, and is a major legacy of President Mahama for Ghana.

The numerous power projects under construction during his era designed to substantially increase the energy generation capacity of Ghana and to permanently fix the problem of power outages in Ghana will truly be appreciated by Ghanaians as they begin to come on stream. During the “Incompetent” President’s era, Ghana has seen an expanded usage of solar energy like never before witnessed especially in street lights and the distribution of solar lamps to rural communities. For the first time, one can see a conscious and sustained effort by Government to bring solar energy into Ghana’s energy portfolio.

In the Education Sector, the “Incompetent” President Mahama is spearheading a massive construction of educational infrastructure that is comparable to only the massive educational infrastructure projects undertaken during the Nkrumah era. The ongoing construction of 200 E Block Senior Secondary Schools across Ghana would undoubtedly positively impact education in Ghana for years to come.

The construction of new Public universities in the Volta Region (UHAS), the Brong Ahafo Region and the Eastern Region by the President Mahama administration would forever be remembered by objective minded Ghanaians as invaluable contributions to Ghana’s tertiary education landscape. The much wider coverage of the school feeding program under President Mahama and the NDC is also a positive landmark worthy of mention among others in education.

In the transport sector, massive infrastructural projects at the ports of Tema and Takoradi, the Kotoka International Airport, Tamale Airport, and Kumasi Airports have been strategically pursued by the “Incompetent” President to position Ghana as commercial hub of West Africa, to name a few of the project initiatives in this sector.

In the Works and Housing sector, various project initiatives in the water sector have resulted in huge increases in water delivery to Ghanaians across the country. Notable among these is the successful completion of the Kyebi water project by the “Incompetent” President that has seen the extension of pipe borne water to the hometown of the “Competent” flag bearer of the NPP under whose tenure as Member of Parliament and cabinet Minister no major development occurred in the area. Under Housing, a couple of low cost housing initiatives are also being pursued by the Mahama Government to increase housing stock in Ghana. One can however admit that the efforts in this sector require a much more vigorous intervention as has been witnessed in other sectors.

On corruption, the “incompetent” President has taken the bold initiative to aggressively fight corruption by exposing and vigorously pursuing members of his government who are caught in its web. Incidents such as the National Service Scandal, the Gyeeda and SADA scandals have received much prominence and attention by way of ensuring that appropriate institutions established by the constitution are unimpeded in their handling of these scandals. Ironically, even though the President has not been directly implicated in these scandals, they are cited as examples to accuse him of corruption. He has thus become a victim of the vigorous and open policy he has adopted to fight corruption in Ghana as a result of publicity that these scandals generate.

On the management of the economy, the “Incompetent” President cannot be said to have performed as badly as he is being portrayed by the “Competent” flagbearer and his followers. Against the background of a harsh world economic environment, depressed prices for Ghana’s major export products (oil currently brings in 50% of project revenues) increased public expenditure largely arising from the implementation of the single spine salary policy, it would be unrealistic to expect the economy of Ghana to churn out star performances yet.

Besides, Ghana’s attainment of lower middle income economy status has ushered the country into an era of economic management that calls for difficult but necessary measures in Ghana’s economic management which President Mahama is currently vigorously pursuing. The over flogged issue of excessive borrowing is the prudent way forward for a country like Ghana with a weak tax regime and unstable export commodity prices. The key thing is to ensure prudent use of borrowed funds which President Mahama is pursuing.

In the area of crime prevention, one can say positively that the crime rate in Ghana under the “Incompetent” President is one of the lowest in the sub region and Africa as a whole. This is due to strategic intervention in crime prevention that has been introduced by the President Mahama’s government. Much however needs to be done in the area of highway robberies which calls for new and potent strategies to be employed to curb the menace.

In the Foreign Affairs sector the “Incompetent” President performed to the admiration of most people in his role as ECOWAS chairman especially during the Ebola crisis when he offered critical leadership to West Africa which resulted in necessary global attention and support that led to the eradication of the Ebola epidemic. There is no denying the fact that he is regarded internationally as one of the key statesmen of Africa today.

Of course all of this is not to say that life is perfect in Ghana under President Mahama. Neither will it ever be perfect under any President.

Generally however, the achievements of President Mahama as referred to above are such as cannot be accomplished by any incompetent President. The NPP therefore better move away from underestimating President Mahama. Insults and negative references to him would not win elections for Akuffo Addo and the NPP.

Indeed such conduct might rather get President Mahama sympathy votes. The verdict on whether President Mahama has been competent or not during his tenure would be best delivered by Ghanaians in election 2016 against the background of some of his achievements as recounted above.

The NPP better take him seriously because he is on course to delivering on his mandate as entrusted him by the good people of Ghana. No amount of self gratifying negative references would prevent him from victory if he continues along this path. The best way to defeat an enemy is to take him or her seriously and not to underestimate the enemy with false presumptions of his or her attributes.