Ghana Is On The Road To Sustainable Pathway! 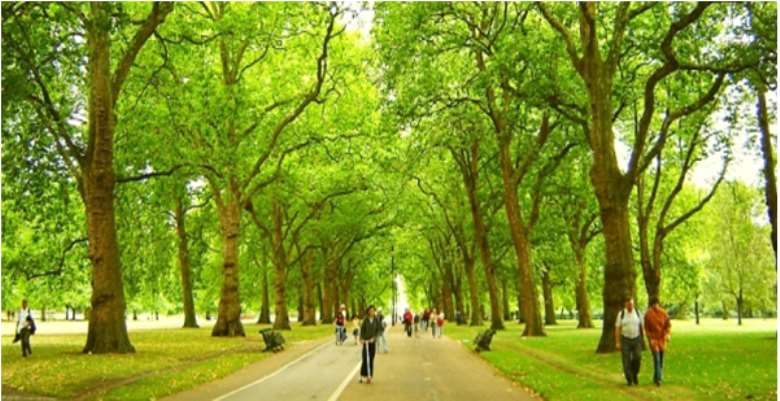 Cities are highly concentrated with people, cars, and buildings. Cities are busy with activities that need a lot of energy and therefore use more fossil fuel compared to rural areas. Many cities in the world such as Tokyo emit the carbon to as much as 62 million tons of greenhouse gas (GHG) emissions per year. Tokyo has more emissions in a year than 37 countries in Africa.

Earlier this year, Paris suffered from haze masking the city’s landmarks like the Eiffel Tower. Only yesterday, Beijing raised a “red alert” warning over smog and the city, from schools to business, has gone on a shutdown to protect its people.

Estimates by the United Nations Environment Programme (UNEP) suggest that cities are responsible for 75% of global carbon emissions, with transport and buildings being among the largest contributor. At the same time, cities are also vulnerable to climate change impacts. Cities like Mumbai and Manila, for example, are prone to floods which extreme weather events have exacerbated. For this reason, cities must do their share in carbon reduction and climate adaptation. Cities must start a more sustainable pathway and align their local plans to national and international plans on the long term goal of low-carbon development and resiliency.

According to Tom Dallessio, president, CEO, and publisher for Next City, throughout COP21, the challenges of adaptation and mitigation have been focused mostly on rural areas. We need to aggressively incorporate cities into emission reduction plans and mechanisms for clean development. "Cities are uniquely vulnerable to climate change, but they hold incredible potential for bold and effective advancements in mitigation and adaptation,” Dallessio adds.

There are already cities in the world that have started its path to sustainability and Germany is seen to be leading the way. They are setting a goal to reduce GHG by 95% by 2050 based on 1990 levels. Germany is working towards low-emissions transport systems, energy-efficient buildings, climate-smart sewerage systems, and regulated waste-disposal systems. German cities are modeling the change as they build green infrastructure and invest in resilient neighborhoods.

The city of Ghent in Belgium has also implemented projects that address climate change. Speaking at a side event in COP21 called “Global Covenant of Mayors: Towards carbon neutral and inclusive cities”, Tine Heyse, Mayor of Ghent emphasized climate policies at the local level. “Climate policy should contribute to reduce emissions. It can contribute to a livable city, reduction of poverty, and better housing. Local authorities can demonstrate that local climate policy is not only good for climate but also good for citizens,” she said. And it’s not just developed cities that are making bold steps of climate action. Mayor Josefa Errazuris of the city of Providencia, Chile, also shared about their city wide projects such as changing street lights to LED and having a target of 50% carbon reduction of GHG based on 2014 levels. “In order to protect our commune and the sustainability of our territory, we have efforts to include climate change as part of policies,” she said.

Ghana on the road to sustainable pathway

Ghana has lost 7 million hectares of rain forest over the last half-century and currently have just a little over a million hectares of natural rainforest left and Ghana’s forests decreased by a further 115,000 hectares with a rate of forest change of -2% per annum.

As part of climate change mitigation, the government of Ghana made his intention clear to convert more people from the use of fuel wood for cooking and provide them with cooking gas in order to slow the phenomenon of deforestation currently affecting the savannah and Sahelian regions of West Africa at the Leaders Event in COP21 on the 30th of November, 2015 at Le Bourget, Paris- France. Moreover, he indicated that due to the newly discovered reserves of Gas offshore Ghana, there is the possibility that Ghana will phase out of the use of crude oil and petroleum for the production of energy by the year 2020.

After the COP21 has ended and a climate deal has been signed, leaders will go back to their countries and implement national strategies that will contribute to solving the climate crisis. Many of these national actions will go down to a local scale and it will be local officials such as mayors who will ensure the implementation of good local mitigation and adaptation plans. Sustainable cities just might be the key needed to unlock the door to a low carbon future.

Fariya Abubakari is the climate tracker fellow for adopt a negotiator.