Why COP21 Is Important To Africa 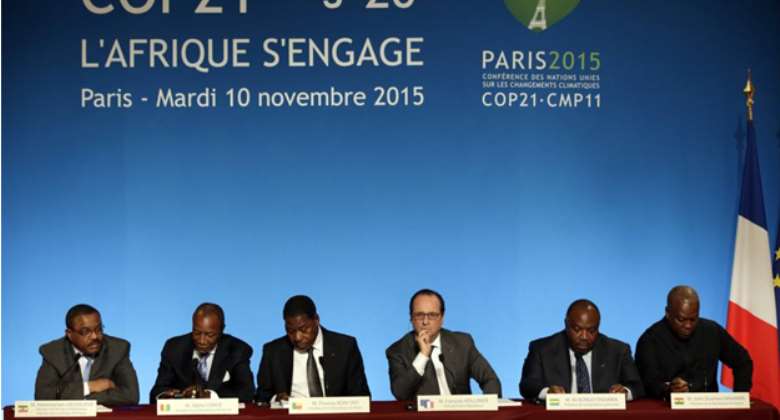 The African group of negotiators considers the solution to climate change as one that does not curb the course of development that they have going. Dr. Najlaa' Mahjoub, a Sudanese negotiator on Clean Development Mechanism, said: "The developing countries want to have an agreement in Paris, in a time that developed countries just want to negotiate, which is more than enough to ruin the negotiations and delay combating climate change".

Not to mention developed countries must firstly have more ambition in order to have a solution that satisfies every party. According to the negotiator, the following represents the issues that the African group is mostly concerned with:

4. Technology transfer and the annual review report to keep up with the progress in developing countries.

The preceding was meant for the developed countries to implement, so that the development ratio in Africa will not be affected. In return, developing countries shall contribute through cutting emissions. The application of the Warsaw International Mechanism for Loss and Damage is another important struggling point for African countries, who are the first and most vulnerable victims of climate change. “Until the Parties who are responsible of the current irreversible effects of climate change do not assume their roles and do not demonstrate more ambition on this point, the text should not suit us, because our country is among the first victims of harmful impacts of climate change.

We hope to gain a political momentum from the high-level segment with the different groups.”, explains Dr. Hery Rakotondravony, Chief negotiator from Madagascar. According to a report by the UN Economic Commission for Africa (UNECA) and the Africa Climate Policy Centre (ACPC) in 2014, residual damages from climate change will cost 3-6 percent of Africa's annual gross domestic product (GDP) annually by 2080, depending on the level of adaptation measures taken.

Africa’s concerns and agenda, on environmental change in general and global warming in particular, are totally ignored by developed nations, who are the main source of harm to the global environment. Indeed, Africa continues to present its case and pleas to the international community, as well as non-governmental institutions on the dire present and future consequences of climate change in Africa.

“The cries of climate impacted people of Africa especially women, children and smallholder farmers are on the rise. The cries also indicate that they are losing their farmlands and animals to floods and drought, which in most cases account for all their life savings. Therefore, the issue of loss and damage should be well addressed in the agreement and given the regard it deserves” Mithika Mwenda, PACJA Secretary General said.