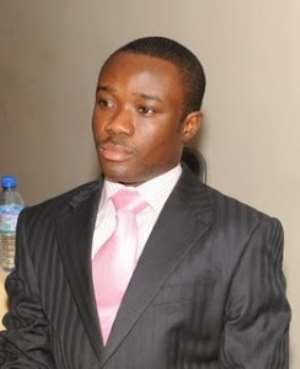 In an attempt by Felix ofosu kwakye to rubbish the revelations through the presentation of Dr Bawumia's rebuttal of the 2016 budget has rather shamefully shot himself and NDC in the foot.

Below are my reasons

Ndc recorded the highest GDP growth rate of 14% with oil inclusive economy in 2011, of which this oil find and drill was even made possible by the NPP under the governance of Ex-President Kuffour.

NPP recorded a 8% GDP growth rate in 2008, its highest and the highest under an oil exclusive economy under the 4th Republic

In concluding, we ask, what is the most current GDP growth rate under NDC/PRESIDENT MAHAMA government now?

Simply, this is just how bad NDC/PRESIDENT Mahama has reduced such a huge GDP growth rate of 14% to 4%, one of the worst ever under the 4th Republic.

I believe Felix ofosu kwakye should rather be ashamed of trying to defend this indefensible shameful thing but also, we are thankful that, through this diabolic agenda of his, he has exposed the incompetence of President Mahama and NDC.

May God be praised always

Galamsey fight: Godfathers have disowned their child but wil...
27 minutes ago