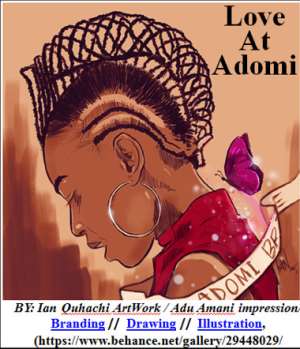 So, you see, when the CPP "won" the British Western Togoland for Ghana and Kwame Nkrumah constructed the Adomi Bridge in 1956, surely and rightly with the power and will of all the People, Ghana in effect achieved the minimum requirement to become a Nation-State in the Modern Era, on Independence Day, in 1957.

Like all infrastructure constructed by Dr. Kwame Nkrumah and his CCP government during the 1950s and early 1960s, Ghanaians have always had a "Love Affair" with the Volta Bridge over the Volta River. Affectionately called "The Adomi Bridge", it was commissioned 58 years ago on 25th January, 1957 by Dr. Kwame Nkrumah.

In part, The Oxford Dictionaries define a "bridge" as "...A structure carrying a road, path, railroad, or canal across a river, ravine, road, railroad, or other obstacle...Something that is intended to reconcile or form a connection between two things...Make (a difference between two groups) smaller or less significant..." Thus "bridging the gap" between different peoples, regions, languages, cultures, and aspirations, etc.

Constructed at a cost of $2,411,000.00 (690,000.00 pound sterling) during 1955 and 1956 under the leadership of Dr. Nkrumah, Leader of Government Business, in the Gold Coast, the Adomi Bridge at Atimpoku in the Asuogyaman District of the Eastern Region was the essential project that bridged the socio-economic, cultural, and political gaps between the north, south, central, west, and east sections of the then Gold Coast. The bridge gave Nkrumah's Ghana the gusto to achieve even greater things in a relatively short time, for the benefit of all newly-independent Ghana.

It was that Adomi Bridge that saved Ghana from becoming an amputated, hopeless state without critical mass in people, geography, or resources to achieve anything of importance. And it was the Adomi Bridge that among other sordid histrionics, permitted Mr. Jerry "Accountability" Rawlings to fool many Ghanaians about his desperado and gumption. You see, while operating a state resource (i.e. military aircraft), Mr. Rawlings dived under another mult-million dollar state resource, the Adomi Bridge, not as part of emergency military mission, but rather, to show off his personal "skill", a feat best described by Attorney Patrick Tachie-Menson as a "messianic belief with unmatched appetite and gluttony..." 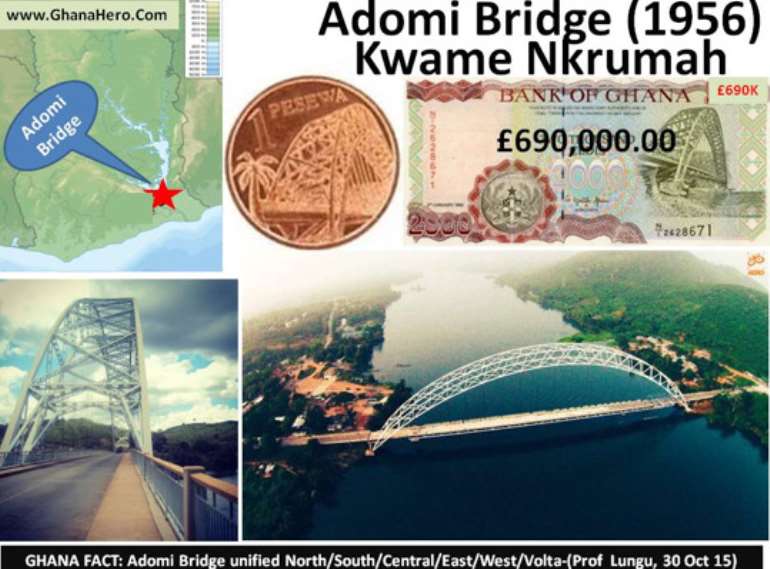 And so we move! In physical and spatial terms, the 900-ton, 805ft long Adomi Bridge is:

"...the only Suspension Bridge in Ghana...among the few found...(in)...the world. This important tourist attraction which is a masterpiece of civil and architectural work...provides the vital road transportation piece over the Volta River...linking by road the central and northern parts of the Volta Region with the other parts of the country...A view from the bridge exposes one to the natural beauty of the hillside of the Togo Akwapim maintain ranges and the many-dotted islands...in the river Volta... It is also the eastern gateway to the Volta Region and Lome in Togo..." (Ghana District). 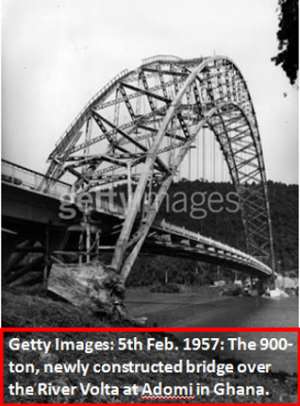 More than 55 years after construction of the Adomi Bridge, Ms. Afia Pokuaa of Adom FM, provided another measure of Adomi Bridge as a historically significant infrastructure and vital transportation link and node when she reported:

"... At the entrance of the Adomi Bridge is a bold plaque with Dr. Nkrumah's inscription as having commissioned the bridge together with Sir Charles Noble Arden Clark on January 25, 1957. The bridge was built by Norman Long Bridge Engineers Limited and Halcrow & Partners...The bridge remains the only access for travellers from Akuse, Tema, and Accra to the Volta and the Northern regions and any damage to the bridge will pose a major economic threat to the nation...With a...width carriageway of 22feet...the bridge was constructed strong enough to withstand even an earthquake..."

Before the Adomi Bridge was constructed in 1956 a ferry at Senchi, dangerous and unreliable in more ways than one, was the only mode of conveyance for goods, transport, and people in the region. from the central and northern parts to every other part of the country - north to the south, east to west.

Mr. Kwadwo Duodu confirmed what Ms. Pokuaa observed about the economic importance of Adomi Bridge when he reported on the $13 million re-construction work during 2014-2015 to repair the bridge, noting:

"...According to the GHA, 120,000 workers, traders and tourists cross the Volta River using the bridge daily while over 3,000 (VEHICLES) of all sizes cross the bridge daily as at 2012...The repair works covers the replacement of the entire bridge deck of 23 sections...Out of the 40 hanger cables holding the bridge to the arch, about 25 cables (pairs) have been replaced...The new deck is of asphalt on steel...The two walkways on each side of the bridge will however be made of concrete on steel as the new tollbooth will now be sited about 1.2 kilometres from the bridge on either side....".

Significantly, the political significance of the Adomi Bridge over the Volta River can only be contested, only foolishly, by Danquah-Busia-Confederates who strongly resisted the "Union" plebiscite that eventually led to amalgamation of the sharply elongated "region" east of the Volta River with the new state, Ghana, at Independence, in 1957. (Much of that area previously regarded as the "German" Togoland became a British protectorate after World War I, and was thus folded into Ghana to become, after the plebiscite).

So, you see, when the CPP "won" the British WESTERN Togoland for Ghana and Kwame Nkrumah constructed the Adomi Bridge in 1956, surely and rightly with the power and will of all the People, Ghana in effect achieved the minimum requirement to become a Nation-State in the Modern Era, on Independence Day, in 1957.

The idea is, Akosombo Dam would probably have been impossible without the British Western Togoland becoming a part of Ghana. Had the People in the central and northern British Togoland also voted for independence (or opted to join the French portion of Togoland) as the Danquah-Busia confederates must surely have approved, the now-independent (or expanded) "federal" French Togoland could easily have diverted the waters of the Volta River, before the mass of the waters reached Akosombo.

With that, Ghana would have lost Ho, Kpando, Hohoe, Dumbai, Zabzugu, Kete Krachi, Bimbilla, Yendi, Nakpanduri, to name a few towns and cities now found east of Ghana, all the way from the south to the north, and the many multi-ethnic groups in those areas (Karachi, Ewes, Dagombas, Gonjas, Kusasis, Busanga, Mamprusis, Kokombas, Bimobas, Pai, Kyokosy, Buem, Ntrubu, Tapa, and Akrosu, to name a few).

In other words, through strategic choice, conscious political maneuvering, and self-selection by the People of the British Western Togoland, Kwame Nkrumah's CPP acquired approximately 34,000 sq km (239460 sq mi), or 24.25% more land from British/Western Togoland. That land was added to complete the spatial extent of Ghana at 239460 sq km (92,099 sq mi) in 1957, as every school girl and boy have known since 1957.

With that regional "strip" on the east-side came the resources we've already spoken about: human; material; strategic; political; symbolic. And the economic activities the center of which has been at Atimpoku, on the Adomi Bridge, over the Volta River, for 58 long years and still counting. 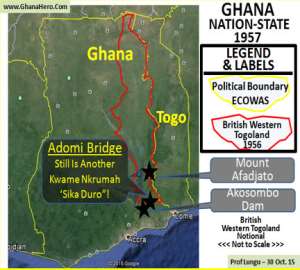 Adomi Bridge has always been an amalgamation and consolidation device, as every village idiots can confirm with their dictionary. The Adomi Bridge in short order made the construction of the Akosombo Dam, Valco Aluminum Smelter, Accra-Tema Motorway no brainers. Then also the thousands of schools and colleges, the hundreds of health centers and hospitals, the thousands of dwelling units including military barracks and housing, the thousands of miles of re-constructed, paved, and new dirt roads and tracks, and so many other economic and cultural infrastructure. These were all made possible in part by the Adomi Bridge, from Ho, to Kpando, to Hohoe, to Dumbai, to Zabzugu, to Kete Krachi, to Bimbilla, to Yendi, to Nakpanduri, etc., still to name just a few towns and cities located east of the boundary of the old British Western Togoland, all now part of Ghana.

Safe to say that when the current NDC government committed EUR 13 million from the Bank of Austria to re-construct the Adomi Bridge at the end of its useful life, the bridge having not been properly maintained all those 50-plus years, the Mahama government was in effect recognizing the vision behind the construction of Adomi Bridge. In effect. Mr. Mahama was riding in the halo of Dr. Kwame Nkrumah, as even most military dictators had done since 1966. Mr Mahama was recognizing the strategic, political, economic, social, and cultural importance of the Volta Bridge, aka "The Adomi Bridge", to all the People of Ghana in the 21st Century, and beyond. 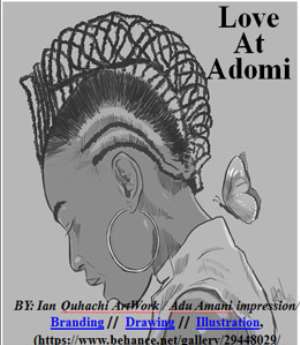 Because the military dictators of Nonentities, Liars, and Crooks (NLC) gang destroyed so many records, we do not now have verbatim records to show exactly what the Danquah-Busia-NLM camp said in resisting the expenditure of $2,411,000 in public funds on the Adomi Bridge. Assuming the Danquah-Busia-NLM camp preferred instead that Ghana save those funds, the interest and principal that would have accrued in 2014 would have been $20,980,000.00 (assuming a cumulative inflation rate of 770%).

We posit that given the fact that in 2012 over 120,000 workers, traders and tourists crossed the Volta River daily using the Adomi Bridge, in addition to over 3,000 vehicles of all sizes, the economic significance of the Adomi Bridge is a lot more than $20 million a year. This is, before we've even added a pesewa in tolls collected from users of the bridge (both Ghanaian and non-Ghanaian).

In simple stupid term: A whole lotta $20-plus million a year, before a pesewa in tolls was/is ever added!

Then, let the free enterprise libertarian anarchists add the political and cultural value of Adomi Bridge to that minimum annual value of $20 million. Next let them subtract lost economic activities, accidents, hundreds injured and dead on ferries that sank, burned, just never took off or never arrived on time, or ever. Maybe, there was just no money to buy imported oil or gas, or, there was just no money to pay the Adomi Bridge crew now on strike in their tattered and disheveled cloths and shoes.

It is in those contexts that the value and Ghana's love affair for the Adomi Bridge ought to be properly appreciated as the visionary project and great bargain it was for Ghana, then, and now.

By spending just $14 million in 2014 to re-construct the Adomi Bridge at the end of its useful life, having been a victim of no maintenance all those years, the Adomi Bridge was this year re-positioned for another 50 years (or more), of beneficial and productive use.

Talking about another Kwame Nkrumah "Sika Duro" for all the People of Ghana!

At this point, we will ask the Danquah-Busia-NLM-Bawumia confederate camp to calculate for all Ghanaians to see fili-fili (plainly - in Black and White) this: What would an amount no less than $20 million each one of those 50-plus years before, and going forward 50 years into the future, represent for Unitary Ghana in benefits, economic income, growth, political choice, and strategic thinking? 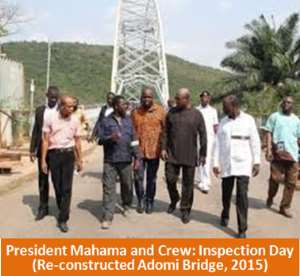 NOTE: We will even allow them to use their own "factor" for the "African Unity" thing. You know, the one they could not advance even 6-feet from the "Yellow" Ghana-ECOWAS borders in our graphic representation. (See graphic showing how the former British Western Togoland physically amalgamated in union with Ghana, consistent with the grand vision of Dr. Kwame Nkrumah of blessed memory).

2. Patrick Tachie-Menson. A Nation's History Wrapped Around One Man

5. Kwadwo Duodu. Adomi Bridge to Be Opened in September, News Ghana , 27 May, 2015. (http://newsghana.com.gh/adomi-bridge-to-be-opened-in-september/).

Brought to you courtesy www.GhanaHero.com©31 Oct 15.