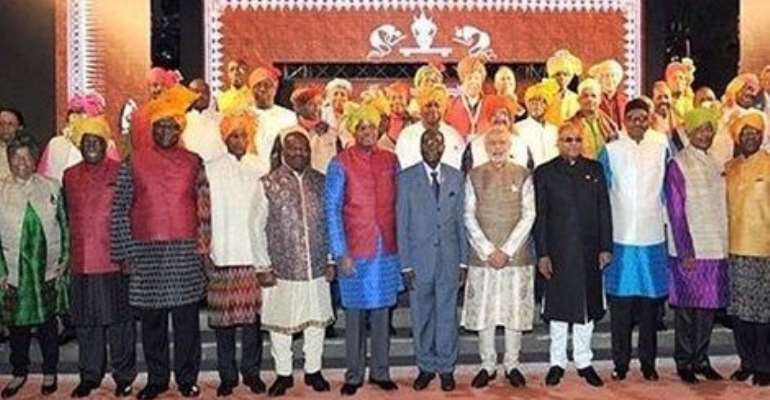 He and his 40 fellow African leaders are currently in India, where that country has announced a $10billion credit to Africa. We are beggars, you know? Ignore the words such as bilateral agreements and the rest.

As an African, how do you want me to be proud of my leaders? A father with 30 million children going to beg from a father with ONE BILLION, THREE HUNDRED MILLION children. Ghana, like the other African countries whose leaders are in India, is endowed with a lot of resources, but we cannot meet the most basic of our needs.

We don’t have stable power. We don’t have potable water running through our taps. Our health system is a mess. Our transportation system is not one that anybody will be proud of. Sanitation is poor. We are losing jobs instead of creating them.

Greed, corruption and mismanagement have conspired to make us the laughing stock of the world. We were not created inferior to others. Let’s wise up and demand accountable leadership. But in doing so, let’s remember that we are part of the solution.

Some people want us to celebrate such mediocrity. I won’t be part of it. We are currently a shameful lot. Let’s accept it and change our story.

What do you think?