Dams And Development: Corporate Interests And Manipur's Struggle For Justice 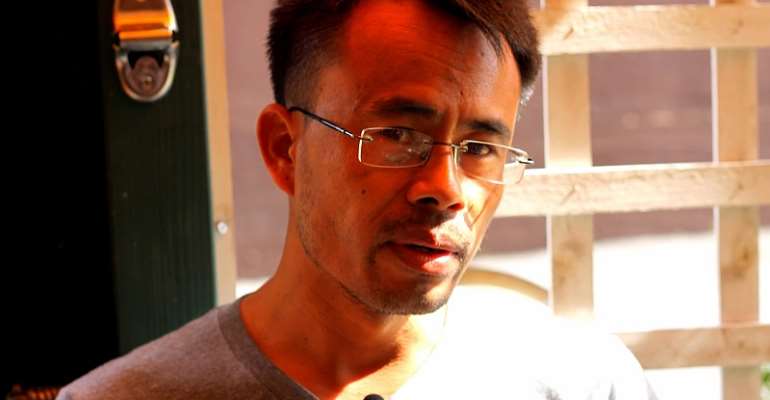 (CNS): In the Northeastern part of India lies the state of Manipur – characterized by its lush terrain, flowing rivers, and diverse flora and fauna – a fertile ground for large-scale corporate-backed ‘development projects’ that exacerbate human rights violations and unbridled exploitation of natural resources.

While in New York for the UN Summit for the Adoption of the 2030 Sustainable Development Agenda, Jiten Yumnam, a journalist and senior development justice activist from Manipur, India, shared his concerns with Citizen News Service (CNS), about the severe impacts of unbridled exploitation of the environment and natural resources in North East India through the building of mega dams.

Jiten is the Secretary of the Centre for Research and Advocacy Manipur, and is also a member of the CSO Partnership for Development Effectiveness (CPDE) Post-MDG Working Group.

According to Jiten, since India adopted liberalization policies after the 1990s, it has facilitated the corporatization and privatization of community land and resources like water, forests, and agricultural land in NE India, including Manipur, subjecting its people to untold miseries.

One of the key struggles faced by the people of Manipur is the construction of big dams under the Manipur Hydro Power Policy. The construction of mega dams has resulted in the displacement of entire communities, destruction of agricultural land, forests, and the rich biodiversity of the region. One such example is the Mapithel Dam located in the Thoubal River in Manipur. Because of the strong community resistance, dam construction remains unfinished till today. But other communities have not been as fortunate – dam projects that were built previously have submerged 80,000 acres of the agricultural land effectively depriving the people of their source of livelihood, land, and life.

“There are already 10 functional power projects in NE India, generating more than the region’s power requirement. The plan now is to make another 200 dams (20 of them in Manipur alone) that will generate more than 20-30 times of power than what is locally required. And yet, Manipur, which already produces surplus power, faces one of the highest power outages and load shedding in the entire country,” says Jiten.

Owing to the simple and traditional way of life of the people of Manipur, their household consumption of electricity has always been minimal. But despite this fact, the large amount of energy produced by the dams in Manipur does not serve the needs of the people. Further, because of the limited availability of power, the people took it upon themselves to look for alternative sources of energy. Almost every family in Manipur now has a small affordable solar energy unit, costing USD10-20 that is enough to light their houses and meet their basic power requirements – no thanks to the hydroelectric dams that have so far only caused harm and forced displacement of entire communities.

This begs the question: For whose benefit are these dams being built, when they are not being used to meet the energy needs of the locals? This excessive interest of the government for building dams perhaps stems from potential profits conveniently provided by banks and international financial institutions. The World Bank (WB), Asian Development Bank (ADB), Japan Bank for International Cooperation (JBIC), have all been involved in various capacities, providing extensive support for major infrastructure projects in Manipur and across NE India.

“The WB facilitates loans for high voltage transmission and distribution lines, connecting Manipur with other parts of India and also with SE Asian countries. Transmission lines are an important infrastructure to transmit power. So, their construction legitimizes the building of dams. The ADB is supporting power sector privatization in the region. Japanese banks are funding dams. So corporate houses are targeting our land for their profit and are supported by the government and these financial institutions,” says Jiten.

Jiten strongly believes that is important to define the development discourse according to the needs of local communities who first and foremost will bear the brunt of destruction and disaster that, all too often, comes hand in hand with dam constructions. Instead of building more mega dams in Manipur, Jiten insists that the government should conduct a thorough investigation into human rights abuses and review the performance and compliance with environmental rights of the existing, but under-performing, power projects. With its hilly terrain, Manipur has the potential to support micro hydro-power units that can serve as a viable alternative that does not involve large-scale land grabs and environmental degradation.

Then again, alternatives offered by the community should be considered. Solar units are reliable, affordable and accessible and have been found to be able to sustain the low energy needs of the community. “Instead of building big dams, why cannot the government support these sustainable and eco-friendly initiatives that come directly from the people, and provide subsidy to support its development?” wonders Jiten.

One of Jiten’s concerns is the absence of accountability of businesses and banks that capitalize on lands, which indigenous communities have nurtured for generations. The question now is not just about maintaining the sustainability of these projects, but also about ensuring justice and accountability.

“Most of the communities living in Manipur are indigenous communities who are directly dependent upon land for their livelihood and sustenance. These sustainable indigenous practices and way of life are being drastically altered as more and more multinational corporate bodies are increasingly taking up our land, without looking at its impact on the community and the environment.”

Unlike most of India, in Manipur, it is the women who mainly sustain the economic value chain. The market is traditionally run entirely by women—women produce, distribute, and sell. But unfortunately, with new market forces coming into play, the traditional economic role of women is now being sidelined to give way for conditions that breed unequal power relations, further marginalization and dis-empowerment of women and even increased reports of domestic violence.

As world leaders agree on the 2030 sustainable development agenda that pledges to end poverty in the next 15 years, the men, women, and children of Manipur face the fear of displacement, destruction and death in the hands of big banks and businesses - all in the name of 'development.'