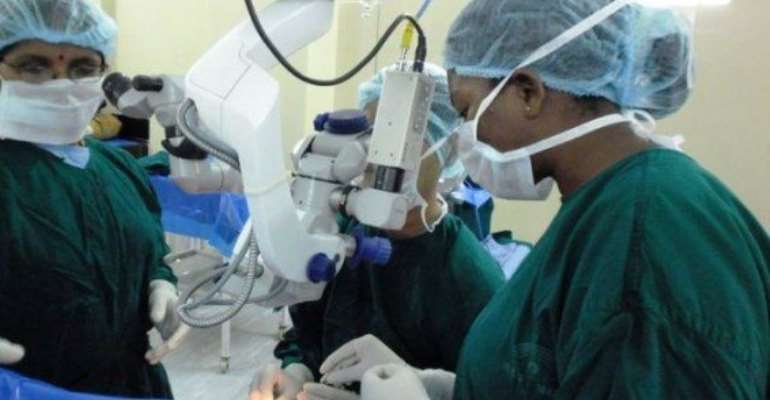 Members of the Ghana Medical Association (GMA) who embarked on a strike to demand codified conditions of service are expected back at work today, Monday August 24, 2015 after calling off their three-week strike.

The GMA has however asked the National Labour Commission (NLC) to enforce its rulings and ensure negotiations are completed.

It has been an agonising three weeks for most Ghanaians who saw their relatives being turned away from government hospitals across the country as the GMA stopped working on emergency and Out-Patient cases.

The GMA was clear that it would now bow to any pressure until their demand for conditions of service was met.

“As an employee no law compels me to work for any employer so if I think that the conditions under which I am working is not the best for me, I am ready to quit to and go do anything including petty trading because I believe that there is more dignity doing something that gives me peace of mind”, the GMA’s Deputy General Secretary said during the early days of the strike.

Government on the other hand was entrenched in its position that it could not meet the demands of the striking doctors.

“I will not authorise any expenditure on wages and compensation not provided for in the budget” President John Mahama said this when he addressed members of the Ghana Registered Midwives Association (GRWA) at the launch of their 80th anniversary in Accra.

However, after pleas from eminent leaders like former heads of state, the national house of chiefs and the clergy, the GMA has called of the strike.

Government has welcomed the news and has promised to pay the doctors their salaries for their three weeks absence.

Employment and Labour Relations Minister, Haruna Iddrisu said “I do not think that any medical practitioner will suffer as a result of the action that was embarked upon”.

Government and representatives of the GMA are expected to report to the NLC today for negotiations to continue.

Joy News' Francis Abban has been to the Korle Bu Teaching hospital in Accra and reports that at the time of his visit, the hospital's OPD was still empty.

He said sources at the hospital told him that the doctors will report to work at 8:00 am and patients will be expected then.

Also at the Komfo Anokye Teaching Hospital in the Ashanti Region, Erastus Asare Donkor reports that patients have started arriving at the facility.