Caring For All Believers!!! God Is The Reason Not Prosperity 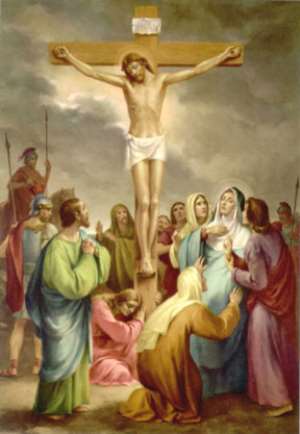 I am without pre-sentries returning to the study of the Book of Ezekiel, a proven fact that the Bible books are supportive and complimentary to each other. It shows the Unity of Triune God and His final purpose for mankind.It is VERY IMPORTANT AND THE ONLY TOOL ( "WORD" OF GOD) from which God feeds His children on.Whilst I am not against commentaries and the many other contributions men have writing out from His "WORD". They cannot become supplementary or replacement of the "Word" of God.

Such will only remain "contributions and commentaries" which is beneficial only when the reader first reads, eats and shares the WORD of GOD in the Spirit.By so doing one can see the efficacy, authenticity and most importantly its relevance to the Bible.Many have made money out of these contributions with twist and turns but the Bible should be the material which should and must be the one material we all need.It is the bread of our Spiritual life, that cannot be polluted.

V.7. Replacing guardroom with little chamber. So also throughout this chapter . We have learnt that the six guardrooms or little chambers are divided into two group of three ( v.10), signifying that the guardrooms are are a person, Christ Himself, who as the Triune God (three) became a man (six) and was “split” on the cross. Each of the six guardrooms is six cubits square and is thus the same in size as a cross section of the wall (v. 5).

This indicates that the Lord Jesus in His person and work is the guard of God's glory and holiness. By passing through Christ as the gate, we are qualified to enter into God's building, which is the full of God's glory and holiness. Oh what a joy and advantage we have at the mercy God have shown us by and through Christ which has enabled our salvation and redemption. For no one comes to the Father except through our Lord and Saviour.

I am emphasising these issues, to show how an amazing and awesome work the Triune God does and continue to deal with us until we have matured spiritually for His harvest. How well and appropriate it is and also, behoves on us as believers to give our all, first to God and to the persons who shares the same faith and believe with us. For after all we are all billed to be One united city the New Jerusalem in (where) God's honour and glory is found.

In v.8; the width of the porch is six cubits, the number six as I have already said signifies man, who was created on the sixth day. The length of the porch is eight cubits (v.9), with the eight signifying Christ's resurrection, which took place on the first day of a new week as a new beginning (John 20:1). These dimensions signify that the Lord Jesus as a man, who is the gate of God's building, is fully in resurrection. They also signify that when we arrive at the porch, we are in resurrection, in a new beginning. From this beginning we progress spiritually to express God in our living, as people with the divine nature and human nature.God still loves even those we consider are on the wrong, and will receive them in the way of Christ.

All these happenings should educate us (believers/saints). To the point that, should make us aware also, as believers it is more than the fanfare and with the spiritual stagnation which some of the “church organisations” displays. That is people are just drawn in and entertained momentary. Please, note the emphasis I have placed on the “church organisations”is; because these have thrown away the element of God in their quest to run such organisations for, selfishly and humanly benefit. Making monetary gains and self aggrandisement as its objectives as cooperate institutions are run. Worshipping, wealth,celebrity and paying attention to buildings than members.

The Body of Christ is no longer seen as the extended Organ of the Very ABBA FATHER, whom we love and serve totally with our crucified and resurrected lives in His Spirit. Many lay claim to such “churches organisations” as their personal possessions. It is never too late, as they share in our speaking forth God They can have such organisations redeemed by God and begin working on the individuals so deceitfully or ignorantly enslaved by their “masters”. This will place God firmly back in control of such units and back into His fold of flocks.

Tell me when people are made to eat grass and snakes, made to buy miserable items as sources of miracle. When those who ask them to do such then fly in private jets and expensive cars. Then what are these "Churches"? The idea of riding in private jets and posh cars cannot be bad maybe when their followers are not made as materials passing through the thread-mill of money making.

We have THE OBLIGATION as teachers, ministers of the word to first seek the kingdom of God by sharing and expressing God every moment. This we learn to do even when we ourselves have become captives of this world or mocked because of ignorance. This was done to Christ so this must not come as a surprise.Till we share again next week